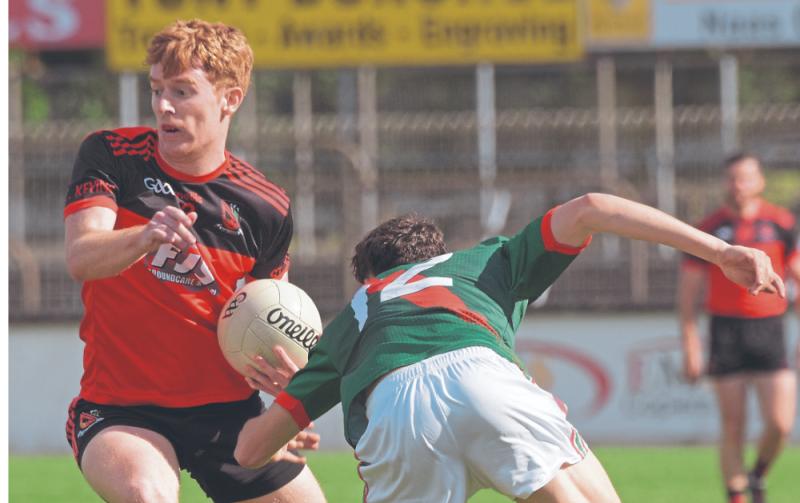 The Auld Shebeen IFC relegation final saw favourites St Kevin's retain their intermediate status for 2023 while for Milltown it is back to the junior ranks as the boys in black and red, won by three points, in a game that they looked home and hosed a long time before referee Harris blew the final whistle.

In fairness to Milltown they certainly gave it their all as the game seemed to slipping away from them.
Kevin's led at the break 2-6 kto 0-4 and looked assured of fictory but Milltown kept at it mainly through a goal from Aaron

Jacob in the 43 minute. It was a score that gave the losers the momentum and while they had most possession from here to the end they could only get as close as the three point gap that was in it at the lend.

St Kevin's opened brightly with the opening three points from Cormac Noone (free), Conor Murray (free) and Noone again.
Seven minutes in and Ian Fitzgerald opened the Milltown account but two points from Johnny Fitzharris, who was very influential in that opening half and anothe from Corma Noone left Kevin's leading 0-5 to 0-1.

Alan Dignam, who certainly gave it his all for Milltown, got his side's second point of the game but Kevin's took control on 19 when Johnny Fitzharris fed Conor Murray and the no. 12 made no mistake from close range to make it 1-5 to 0-2.

A few minutes later and it was Murray who was on the end of a fine move involving Jamie Smyth, Dylan Brereton, Conor Murray, Johnny Fitzharris and finally Murray again who found the net.

Ian Fitzgerald (free) and Shane Daly reduced the gap but Mark Grace added the final point of the half for Kevin's who led at the interval 2-6 to 0-4.

A point each on the resumption before that delightful foot pass from Morgan Owens put Aaron Jacob in and he finished sublimely to make it 2-8 to 1-5.

Johnny Fitzharris reduced the lead but three on the trot from Morgan Owens, Alan Dignam and Ian Fitzgerald kept the Milltown fire burning.

The next four points were shared equally before Alan Dignam left just three between, them. Mark Grace eased Kevin's worries with a break away point.

Milltown were then awarded a 20m free but with nine Kevin's players on the line Alan Dignam's effort went high and over as the final whistle arrived, Kevin's winning on a final score line of 2-11 to 1-11, much to delight and relief of the Kevin's contingent, and of course Dinny Baker.