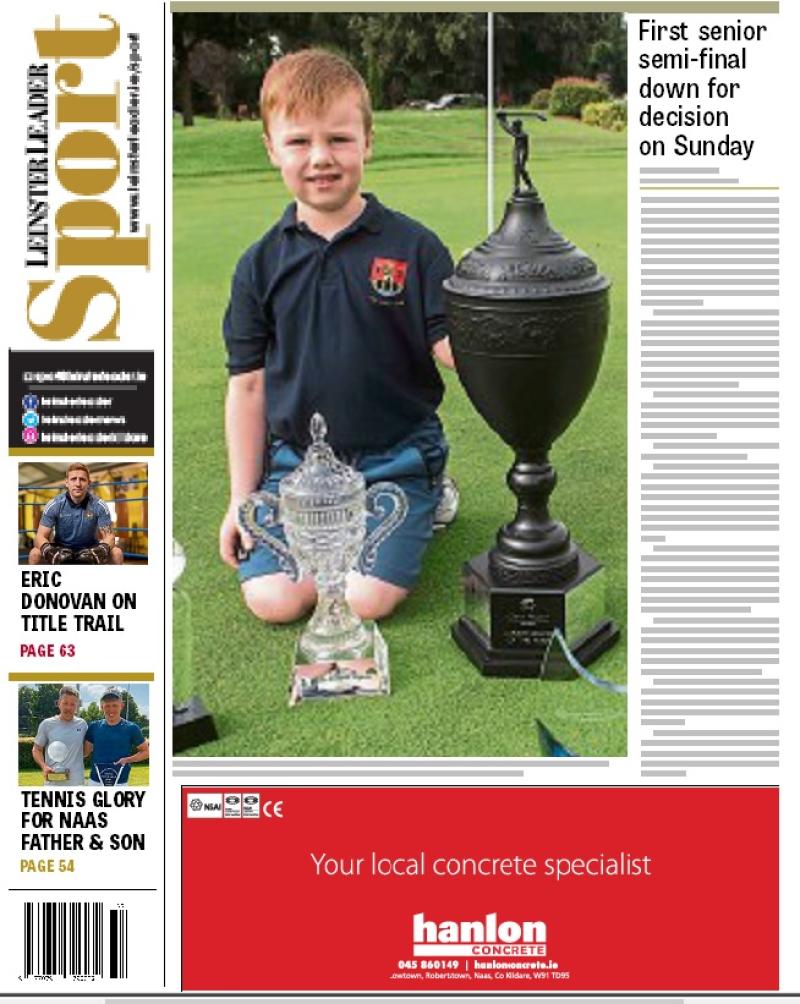 While Naas senior hurlers march on to another final, there was a shock in the second semi-final when favourites Celbridge, were sensationally beaten by Maynooth. We carry full reports of both games, with reaction from the relevant managers.

Ballyteague knock out favourites Leixlip in the IFC quarter-final while Sallins got the better of Allenwood.

There were wins for Éire Óg Corra Choill and Naas in the SHC 'A' semi-finals.

In the intermediate hurling decider Broadford took the title and will now move up to Senior 'A' come 2023, we carry extensive report and picture coverage along with the Junior final where Éire Óg CC were too strong for Wolfe Tones.

Soccer: Clonmullion crash out of Cup while Coill Dubh are too strong for Naas; all that and full round-up includng results, fixtures and up-to-date tables.

Racing: Longines Irish Champions weekend at Leopardstown and the Curragh.