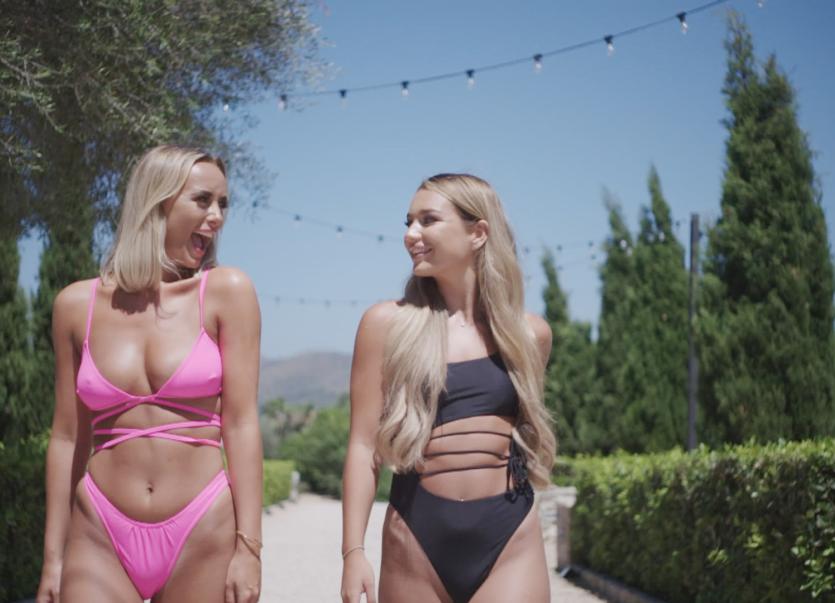 Two new blonde bombshells will make waves in the Love Island villa this evening, and the latest challege will cause some heated conversations between islanders.

Liberty receives a text saying: “Islanders, it’s time to find out how well you really know your other half in today’s couples’ challenge #tellmesomethingIdontknow #getyourfactsstraight”

Before the game, the couples quickly brush up on their knowledge of each other, including most embarrassing moments, funny dating stories and family facts.

Hosted by Chloe and Hugo, who dub themselves ‘Hoey’, the name of the game is to match their answers with their partners’. 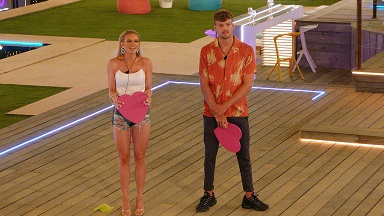 From favourite sex position to turn-ons via dating history and who else in the villa their partner fancies, it’s quick-fire quizzing with a difference.

During play, things get a touch awkward when all of the boys choose exactly the same girl as their ‘second favourite’ in the villa. But who is the lucky lady getting all of the attention?

And for some of the Islanders, a round based on biggest turn-offs leads to some tension in the villa and frank conversations.

Hugo’s admission instantly ruffles a few feathers amongst the girls. And Hugo annoys the girls further when he reveals his ‘perfect type’. Hugo says: “Leggy blonde. Not fake.”

Faye says: “That word keeps getting thrown around, doesn’t it?”

Realising he’s upset some of the Islanders Hugo admits: “I didn’t mean anything malicious did I?”

Sharon says: “I think I was just annoyed as a mate, I respect him enough to say to him, what you’re saying is upsetting me.”

Hugo later admits: “I just didn’t mean to upset anyone, that’s the last thing I wanted.”

As Hugo pulls different Islanders for a chat to clear the air, will all be forgotten before the night is over? 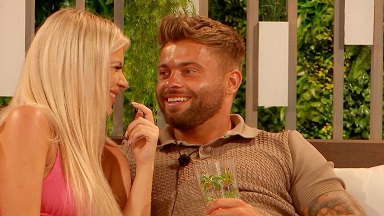 Liberty and Jake discuss the chance of his head being turned.

Jake says: “It would be quite a lot for me to be like… I am interested in you, because I think what we’ve got is good.”

Jake adds: “Of course, of course. What’s meant to be is meant to be… I’d come and tell you, I’m a respectful person.”

Jake in the Beach Hut says: “It’s massive to be honest in here, you’ve got to be open."

He adds: “Right now, all my attention is with Liberty.” 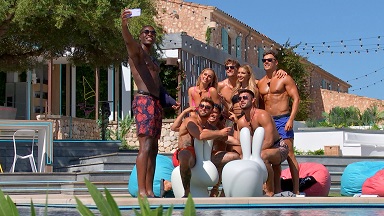 Kaz gets a text revealing the girls are getting a day out: “Girls, it’s time to head out to a boozy brunch, please get ready to leave the villa #girlsareloud #brunchismycardio”

Excitement levels are high as the girls get ready and leave the villa chanting “We’re going on a brunch”.

But it’s not long before the boys get a text of their own.

Jakes reads it out: “Hi boys, we’ve heard you’re all alone in the villa… so we are on our way. See you soon. Love Lucinda and Millie x”

When they arrive Hugo says: “They are both absolutely stunning – I am speechless.”

As the boys get to know the new girls, they receive a selfie from the girls at brunch. In return, Aaron sends one of those in the villa, including the new arrivals.

Receiving the message on Kaz’s phone, Chloe looks and says: “There’s a girl in there – there’s two.”

Kaz replies: “Well, it’s about to get interesting, eh?”

Rachel says: “Can we go back now? I feel like I’ve got some things to do.”

But as the girls head back to the Villa, will it all be plain sailing?