Kildare Town native Tia Burke with Cillian Deegan on bass and Diarmuid Faherty on drums are gearing up to perform at this year’s Electric Picnic which starts in Stradbally, Co Laois, on Friday 30 August-Sunday, 1 September.

According to Tia, they secured their slot by getting through the finals of Electric Youth and they are performing on the Hazelwood Stage on Sunday 1 September at around 4.30pm.

17-year-old Tia has performed at many festivals as a solo artist throughout Ireland and she is also a Dublin busker. Tia debuted her music in the States at the age of 16 at the Lexington 4th of July Festival.

Her drive and passion for music started at a young age and the words of Vinny May Jr. from Kodaline inspired her to keep going saying she had the ability to "perform on any stage".

She won the Junefest Busking Festival in Newbridge and The International Busking Competition in Edenderry, and she has performed in venues such as Whelan's,  The Undeground and Fibbers.

Her strong stage presence and unique voice has charmed and captivated audiences of all ages with her voice being compared to Florence + The Machine by many.

Tia's cover of Kate Bush's classic "Running Up That Hill" has earned her over 10k views on Facebook. 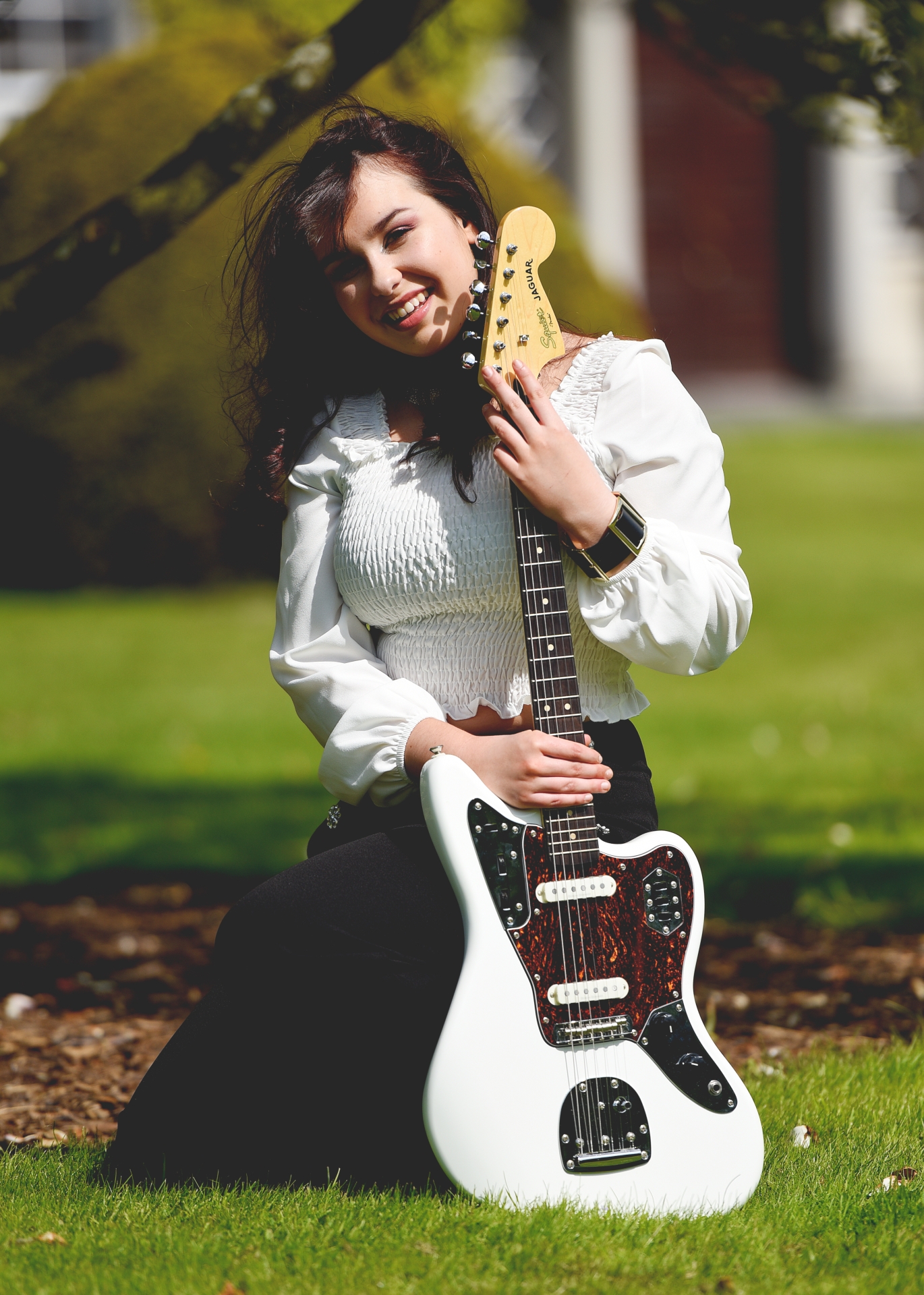 Pictured: Tia Burke with her guitar

Also taking to the stage with Tia are her bandmates Diarmuid Faherty on drums and Cillian Deegan on bass.

Diarmuid Faherty is a multi-instrumentalist and 8-time Fleadh Ceoil All Ireland Champion. He plays Drums, Bass , Piano and Button Accordion. He has performed in The National Concert Hall and he has made several TV appearances as a musician.

Cillian Deegan is an multi-instrumentalist he plays bass, guitar and drums. Cillian has played local venues with various bands and he is now focusing on studio session work with several artists.

Check out the video of Tia performing above.