A car burst into flames on the N7 at lunchtime today following a two vehicle collision.

The incident happened on inbound lanes close to Newlands Cross.

A mobile phone video sent by a passenger of a passing car shows a lot of smoke in the area.

Dublin Fire Brigade responded to the scene and tweeted photos of the aftermath. 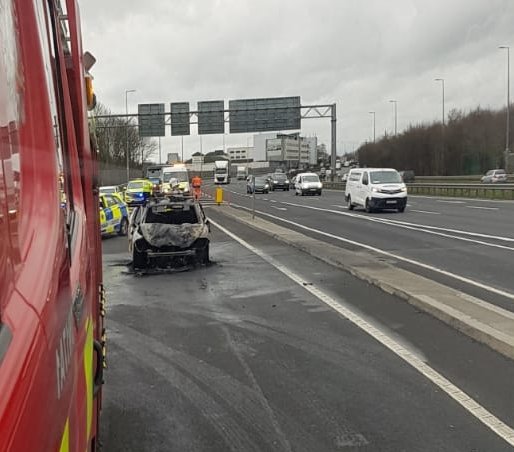 The white car was completely destroyed by the flames. 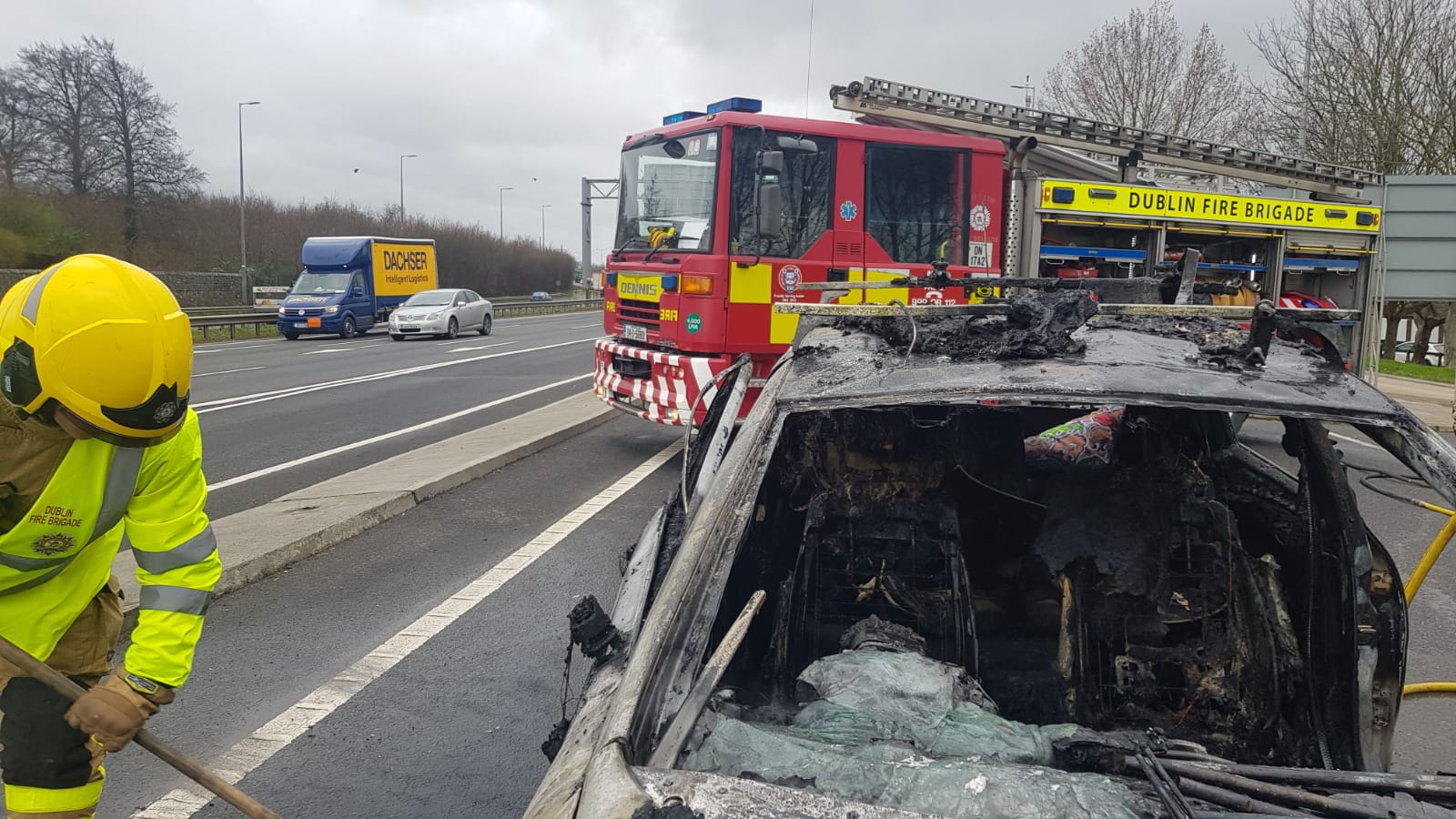 A total of five people were treated for injuries.

Gardaí also attended the scene in a number of patrol cars.