Ten-year-old magician Aidan McCann from Maynooth put the Jonas Brothers under his spell with his magic tricks on The Ellen DeGeneres show earlier this week.

Young Aidan, 10, met Joe, Kevin and Nick Jonas on the Ellen show and he took the trio on a spellbinding journey through some of his coolest magic tricks, allowing the brothers to take part in some pretty fantastic illusions.

Introducing the fun new series of clips, Aidan had a few jokes to kick things off.

"Now that I've met Ellen, I thought I would take advantage of her impressive group of friends," he said of his time hanging with the Jonas Brothers.

The trio were similarly impressed each time Aidan whipped up something new, ultimately culminating in one seriously sweet magical showcase that proved the young illusionist truly knew his stuff. 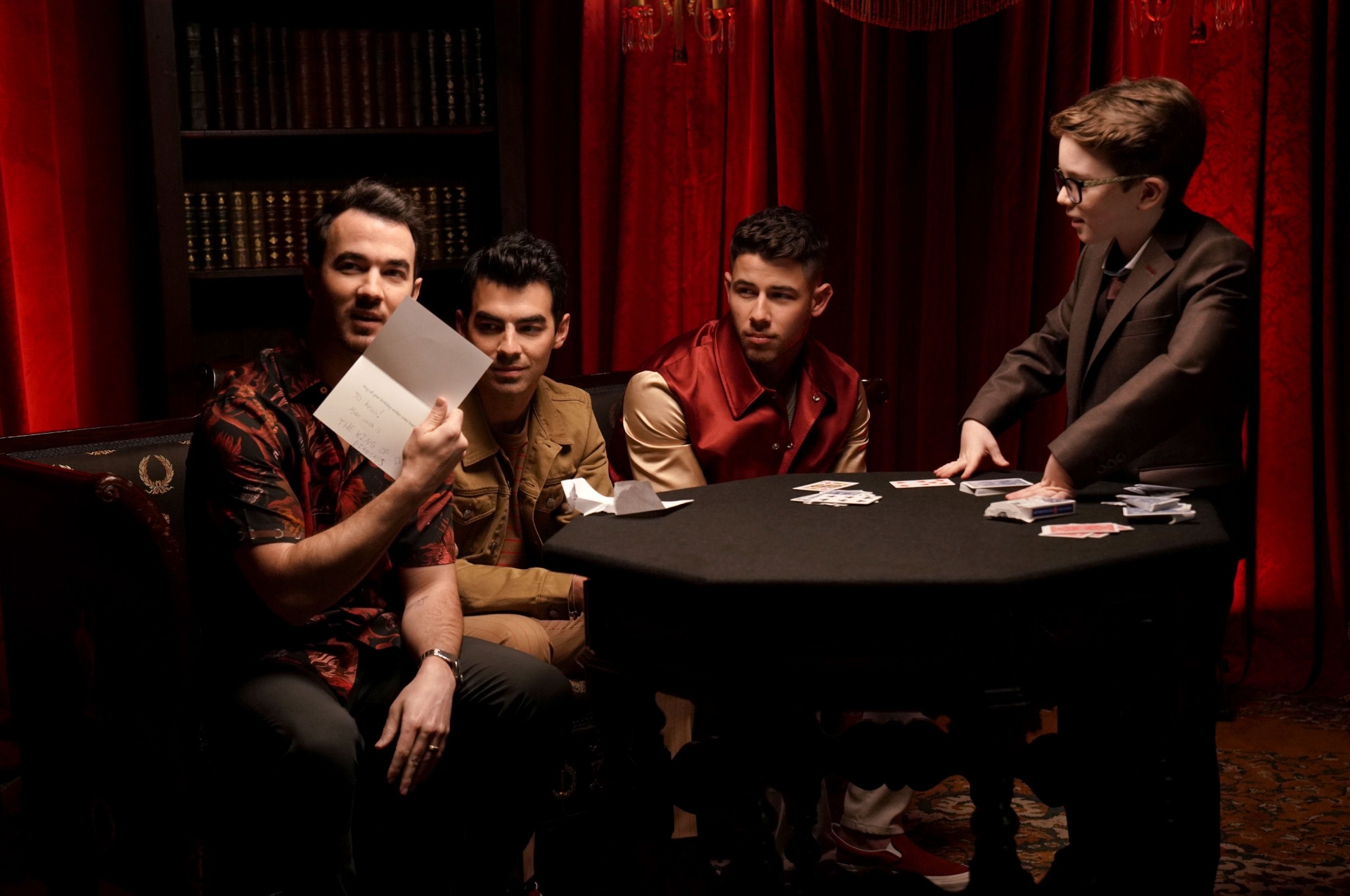 Young Aidan attends Brennan Performing Arts in Maynooth and he is a pupil at St. Mary's Boy's National School, Maynooth.

According to his auntie Fiona, Aidan will continue his 'Magic Corner' on The Ellen DeGeneres Show for the next few weeks

"He's having a ball and there are some exciting celebrities joining his magic corner over the next few weeks. His episode with Melissa McCarthy for Little Big Shots broadcasts in the US on Sunday and it was recorded in LA and he's back to LA soon for more recordings," she explained.

Aidan won himself fans from all over Ireland when he took part in last year's Ireland's Got Talent, making it to the semi-final of the talent competition.