A portrait of pioneering 20th century crystallographer Dame Kathleen Lonsdale, who was born in Newbridge, Co Kildare, will be hung at Dublin City University as part of its Women On Walls project honouring female science, technology, engineering and mathematics pioneers.

Dame Kathleen, née Yardley, (1903-1971), was the daughter of a Newbridge postmaster. Her family moved to Essex when she was five. She became a leading X-ray crystallographer and the first female Professor of University College London (UCL). She was elected as one of the first women Fellows of the Royal Society in 1945 and was the first woman president of the British Association for the Advancement of Science. The Kathleen Lonsdale Institute for Human Health Research was named in her honour at Maynooth University last year. Dame Kathleen was also a noted prison reformer and pacifist. 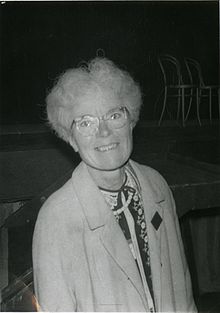 The portrait of Dame Kathleen is one of five to be commissioned for DCU's Future Tech building, as part of the Accenture-sponsored Women On Walls initiative.

The other four portraits will be of leading engineer Beatrice Alice Hicks; NASA mathematician Katherine Johnson; chemist Marie Maynard Daly; and mathematician and computer programmer Kay McNulty, who was born in Donegal.

Dame Katherine's portrait will be painted by Una Sealy, a Dublin-based figurative painter and member of the Royal Hibernian Academy. A graduate of IADT, she has had 11 solo exhibitions, including at the Molesworth Gallery, RHA Ashford Gallery, and a major mid-career review exhibition at Draíocht Arts Centre. Una was awarded the Irish Arts Review/Ireland-US Council Award for Outstanding Portraiture in 2011 and was one of 12 finalists exhibited at the National Gallery of Ireland in the inaugural Hennessy Portrait Prize in 2014. In 2015, she was the winner of the Adam's Award at the RHA Annual Exhibition. In 2019, Una was invited to exhibit and lecture in China to celebrate 40 years of diplomatic relations between the two countries.

Announcing the Accenture’s Women on Walls at DCU commissions, President of DCU, Prof Brian MacCraith, said: “We are delighted to announce the internationally-renowned panel of artists that has been commissioned to create Accenture’s Women on Walls at DCU portraits. The calibre of the five artists is a reflection of the five extraordinary and inspirational women they will portray.

"Their life and work has had an important and lasting impact in their respective STEM fields. These portraits will highlight the major historic contribution of women in STEM and we hope that they will inspire all of our students to fulfil their potential.”