Kildare community mourns the loss of the late Bernard Berney 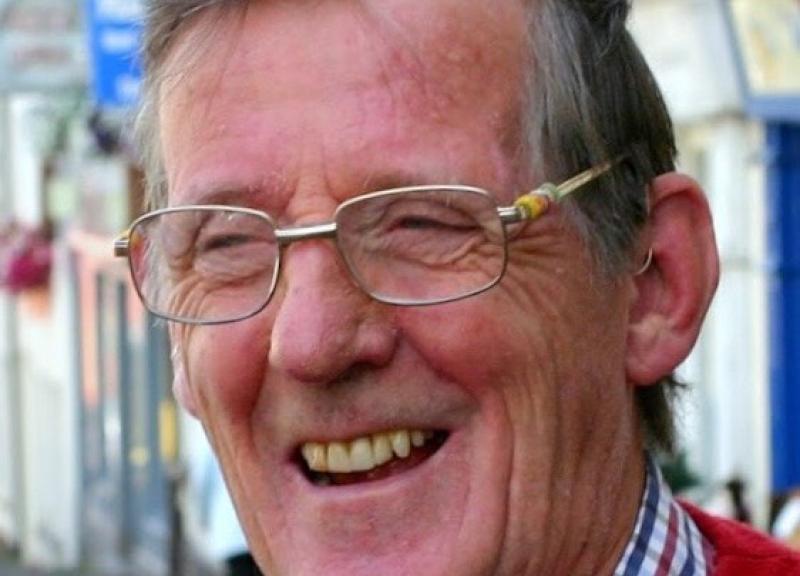 It is with great sadness I learnt of the passing of Bernard Berney last night.

A man known to many through Berney's Chemist on Main Street, Kilcullen, the late Bernard was himself a tonic to every customer he ever served.

Whether you were feeling poorly, attending to a sick family member or grieving after a bereavement, Bernard either left you laughing, or showed compassion and stayed a little longer in conversation. He truly endorsed 'Laughter is the best medicine'.

On stage, his acting ability was renowned. There was many a production I saw staged by Kilcullen Drama Society, and I always lauded the antics of 'Messer Berney' (Along with Messers Dunphy and Clarke, and so many other local actors he starred opposite).  Bernard was a thespian who could take on a straight role but his comic adaptations were legendary. His timing was super and his delivery ace. He simply reveled in taking on difficult roles and the more 'OTT' the better.

His support and kindness within the community are well known and his commitment to his native home town of Kilcullen never lessened over the years. Tickets/bookings for all major events at the Town Hall could be collected at Berney's Chemist, despite the pharmacy being one of the busiest hubs in the town.

In earlier years, he was a stalwart of Kilcullen GAA, the backbone of Kilcullen Drama Society for decades and also, the advertisement contact for the Kilcullen Bridge magazine, of which he supported and contributed to. But every fibre of his being was devoted to his native town.

Mary his wilfe and children Emma, Helen, John and Laura will no doubt be devastated at his passing, and the wider community will mourn this truly gifted, good man.

The late Bernard Berney, 'the laughing pharmacist' has made his last stage exit, rest in peace, lovely man. Amen - Rose B O'Donoghue

Berney's Chemists will be closed Friday 5th and Saturday 6th, re-opening Monday 8th at 9am.

Passed away on Wednesday at his home. Deeply regretted by his wife Mary, his daughters Helen, Emma and Laura, his son John, his sons-in-law Shane, Danny and Garry, his daughter-in-law Michelle, his sister Eileen and his brothers, Jim and Tom, his grandchildren Hannah, Grace, Conchobhar, Holly, Finn, Maedhbh and Rory, his nephews and nieces, especially Marie, who cared for him lovingly right to the end, and all his many friends. He will be sadly missed.

Reposing at his home from 6pm to 9pm on Thursday 4th July. Funeral Mass on Friday 5th July at 11am in The Church of the Sacred Heart and St. Brigid, Kilcullen. Funeral afterwards to St. Brigids's Cemetery.