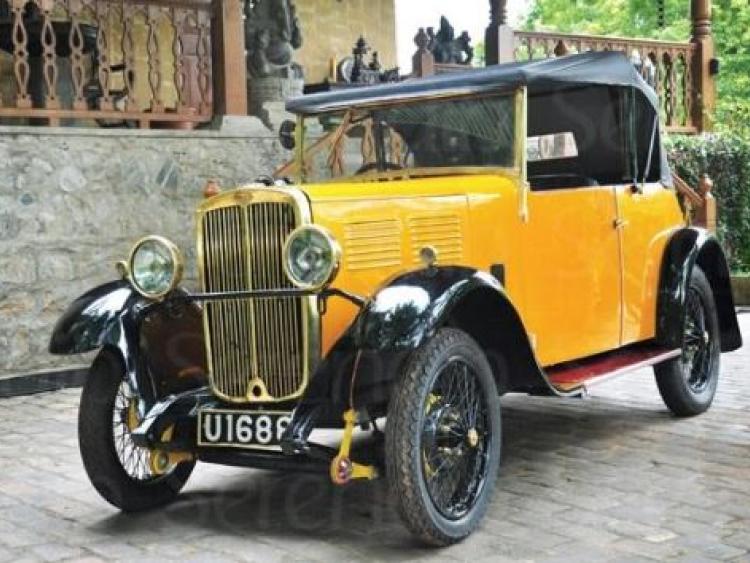 Spectacular classic cars will be whizzing along the roads of Co Kildare, Co Laois, Co Carlow during the June Bank Holiday weekend for the Gordon Bennett Irish Classic Car Run.

Spectacular classic cars will be whizzing along the roads of Co Kildare, Co Laois, Co Carlow during the June Bank Holiday weekend for the Gordon Bennett Irish Classic Car Run. The road run takes place every June to commemorate the original 1903 race which shaped modern motorsport by being the first to use laps of a closed circuit and was without fatality.It was a precursor to the modern Grand Prix.

There will be prearranged Co Kildare stops on the route on the Sunday at the Moate of Ardscull, Ballitore Quaker village for lunch and refreshments and in Kildare Town for an event hosted by the Cill Dara Car Club. A visit will also be made in Kilcullen and Bardons where the French team stayed in 1903.

This year's launch of the Gordon Bennett Irish Classic Car Run was held at the Garda Headquarters in the Phoenix Park, where it was attended by representatives of the Road Safety Authority and An Garda Siochana.

Adding glamour to the launch was iconic Irish motor racing star Rosemary Smith, who arrived in a stunning red 1965 Sunbeam - but she was quick to point out she still drives one of her original Hillman Imps, which brought her so much success on the rally circuit.

The Gordon Bennett Irish Classic Car Run is a fun weekend which attracts growing numbers of Irish and overseas visitors every year, a popularity which the organisers attribute to its amazing heritage and the success of the very first race in 1903, which attracted more than 150,000 spectators, a record which still stands.