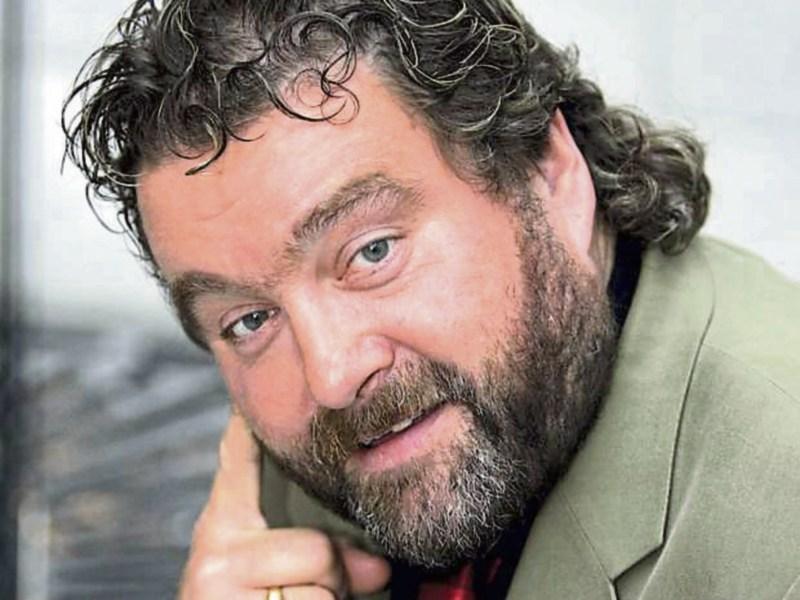 Fans and fellow comedians have been paying tribute to legendary funnyman Brendan Grace who has sadly passed away at the age of 68.

He had been in hospital for the last four weeks receiving treatment for pneumonia. He was also receiving ongoing care and treatment for cancer, he is understood to have passed away overnight following a brave battle against lung cancer.

Born in Dublin, Grace began his career in entertainment as a singer but later turned to comedy, becoming well-known for characters like Bottler and the Father of the Bride, and he was also an acclaimed actor having played Fr Fintan Stack in Fr Ted and his song 'Combine Harvester' went to no. 1 in the Irish charts in 1975.

In later years he divided his time between Ireland and the US, and he had been due to tour Ireland this Summer before he was diagnosed with cancer.

Brendan Grace was also well-known and beloved by fans in Co Kildare as he often performed at the Keadeen Hotel in Newbridge, with the most recent performance last January and a sold-out gig at the Moat Theatre in Naas in October 2018.

Speaking on RTÉ Radio One's Morning Ireland Tom Kelly who was Grace's booking agent for 27 years paid tribute to the "one of the greatest entertainers of this era".

He said: "Brendan Grace was one of the greatest entertainers of this era, no doubt about that. He gave a performance every night that merited the applause he received."

He added: "We can look back with pride on Brendan’s lifetime. He was a great family man, very close with them and he was adored by his fans all over the world."

Commenting on his passing, RTÉ Director-General, Dee Forbes, said: “We are deeply saddened to learn of the passing of Brendan Grace. Brendan was one of Ireland’s original funny men, and one of Irish comedy’s true pioneers."

"While there are now many Irish comedians who are household names, Brendan emerged as a talent during an era when there were very few established Irish comedians. Through his live shows, his live recordings, The Brendan Grace Show and many memorable guest appearances on RTÉ’s The Late Late Show, Brendan established himself in the hearts of generations of fans, not just in Ireland, but all over the world."

"Importantly, he also paved the way for many of the wonderful comedians this country has produced over the last twenty years or so and leaves behind a legacy he and his family can be proud of. He will be deeply missed. My thoughts and those of his many friends and fans across RTÉ are with his family and friends at this sad time.”

Brendan Grace is survived by his wife Eileen, children and grandchildren.

RTÉ are repeating tonight their 2018 documentary which marked Brendan Grace's 50th year in the entertainment business.

'Brendan Grace – Funny Man' was directed by Brian Reddin and looked back over the brilliant career of Ireland’s favourite funny man.

The documentary will be repeated at 10.15pm on RTÉ One tonight.