Packed house for Tommy Fletcher in advance of today's auction 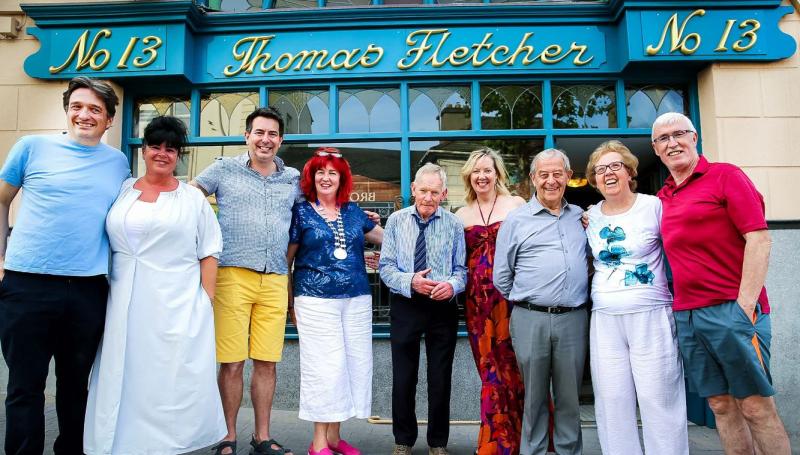 “The end of an era” is how fellow retailer in Naas described the impending auction of Fletcher's Pub, Naas this afternoon. Kim Kelleher, proprietor of Jingles, Naas which also trades on North Main Street spoke with fondness of the licensed premises at No 13 and publican, Tommy Fletcher.

“Tommy is a gentle soul” she said “And this is the end of an era for Naas town. There are generations of families who would have socialised there.

“A few retailers decided to get together last night and to bid Tommy adieu. It was an opportunity to say goodbye to Tommy, to have a bit of craic and to reminisce about times past”. Several members of Naas Municipal District also joined the farewell party, Mayor of Naas, Cllr Carmer Kelly, Cllrs Seamie Moore and Vincent Martin among them. 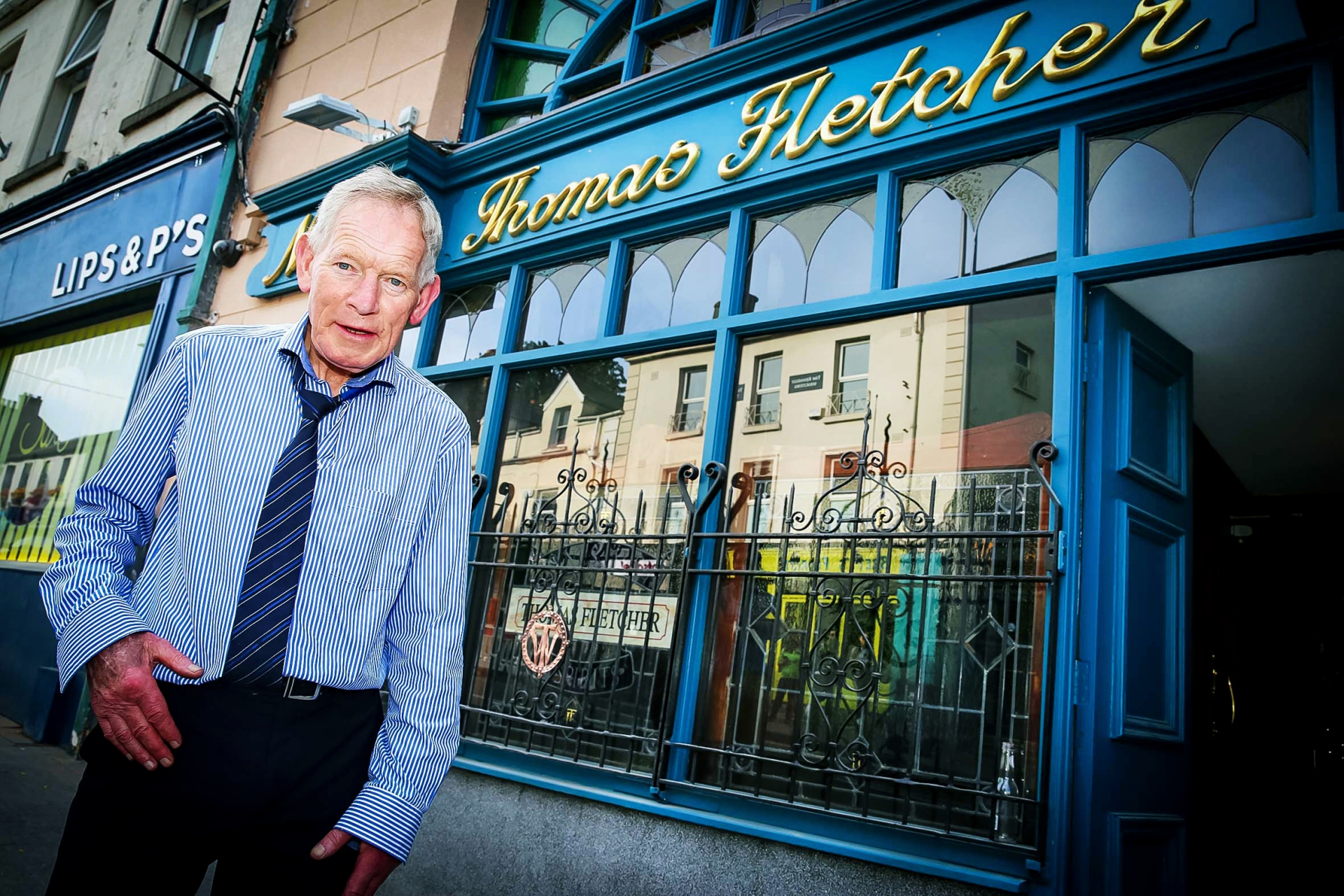 “The owner himself is part of the pub's uniqueness but it's also a premises with original fixtures and fittings, such character – I really hope if it sells this afternoon, that the new owners will recognise and maintain the original features”.

Ironically, the special guest of honour was about to slip away quietly last night said Miss Kelleher but crowds of customers, past and present, arrived “until the place was filled to capacity the atmosphere was buzzing!”

No 13, Thomas Fletcher Commercial House at North Main Street, will be put up for sale this afternoon, with a guide price of €600,000. The auction will be hosted at Lawlor's Hotel, with Paddy Jordan of Jordan Town & Country Estate Agents and John P Younge handling the sale of the landmark licensed premises.

The property has been in the Fletcher family for decades, with Tommy's late father purchasing the premises in 1931. It was originally run as a joint grocery and public house, as was typical of the era.

"It is a property that oozes character with the back drop in the bar and lounge of original whiskey and sherry caskets together with tea caddies and spice drawers originating in the grocery time," said Jordan Auctioneers.

"One of the most iconic pubs in Naas, it presents in very good condition and with tremendous potential. In addition, the ground floor comprises a public bar and lounge and snug to the rear, together with ample stores including garage, lofted area suitable for further expansion, a cold room, etc. Upstairs, which was originally living accommodation is ideally suitable for same or for office or restaurant, with a lofted store to the rear with independent access via an archway from the Main Street, also with potential to develop". 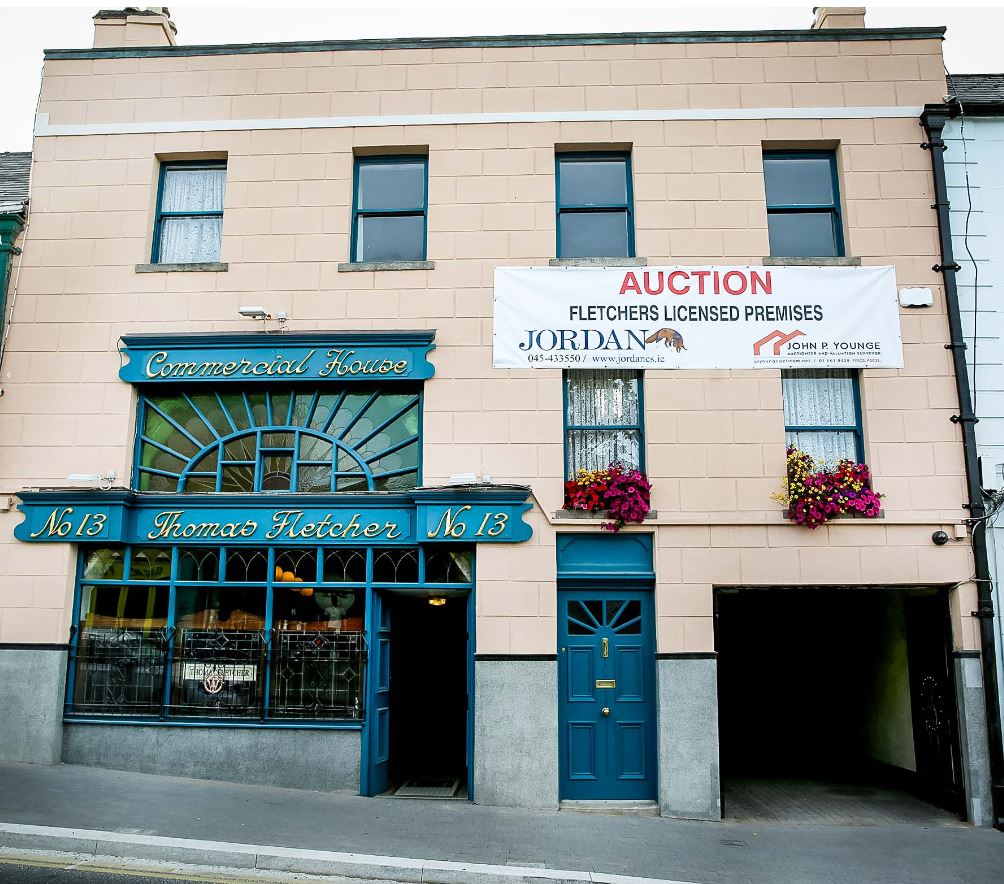 Paddy Jordan added: “It is seldom that a premises of this quality comes on the market with such tremendous character and in such good condition in the heart of Naas”.

“We wish Tommy every success in his retirement” added Kim Kelleher “And we hope the new owners retain some of No 13's character and features, whilst estalishing their own atmosphere”.