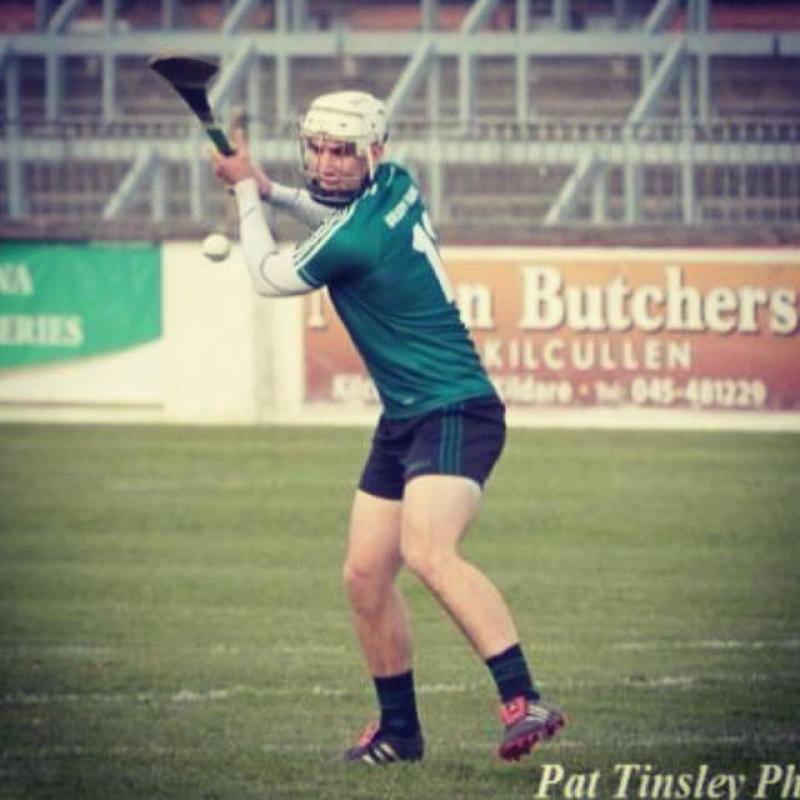 Senior Hurling Championship  Group A Round 2

Martin Fitzgerald was the star of the show as his eleven points helped Ardclough to victory over Eire OG Corra Choill in Group A of the Senior Hurling Championship on Friday Evening.

Paul Fitzgerald was ruled out for the Cloughs as a result of suspension but his brother Martin more than made up for it as he put in an inspired individual performance.

After defeat to Naas in the opening game Ardclough were badly in need of a result and while it ended up being close the 2017 County Champions were deserved winners.

Eire Og struggled for scores with only three forwards scoring from play and the injured Liam Power proved a significant loss and the pressure is really on ahead of their final game.

The teams went toe for toe in the opening ten minutes as they shared points with Ardclough efforts from Martin Fitzgerald and Tony Spain being cancelled out from Eire OG by a couple of Liam Dempsey frees.

Ardclough soon took control though as they knocked over five points in a row with Fitzgerald scoring from a free and play before Declan Molloy, Sean Whelan and Fionn Kelly also found the target as Ger Buggle’s men went 0-7 to 0-2 clear.

The Eire Og response wasn’t slow in coming with their first point from play coming from Garry Johnson and although Liam Dempsey saw a shot deflected wide he soon converted a 65 to leave three points between the teams.

The teams went level in the 22nd minute when Joe Dempsey broke forward and offloaded to Paul Kennedy and while his shot was saved by Ruairi Morrissey, Ollie O’Neill was quickest to the rebound to force in a goal.

Ardclough still went into the lead with the advantage as Fitzgerald knocked over his fourth and fifth points as successive frees gave his side a 0-9 to 1-4 advantage at the break.

Eire Og raced out of the dressing rooms on the resumption and were back level within three minutes with Kevin Connor firstly scoring directly from the throw-in and Dempsey duly added on another free.

Dempsey and Fitzgerald were the main two score getters on display and after they both found the target nothing separated the sides at 0-11 to 1-8 entering the final quarter.

Dempsey was able to tag on another free but Ardclough used their experience to power clear with a trio of Fitzgerald efforts adding to scores from Tony Spain and Richie Hoban.

Dempsey and Johnson were able to keep Eire Og in the game but fittingly Fitzgerald rounded off the scoring with two fine scores from play as Ardclough gained a three point victory to keep their Championship hopes very much alive.