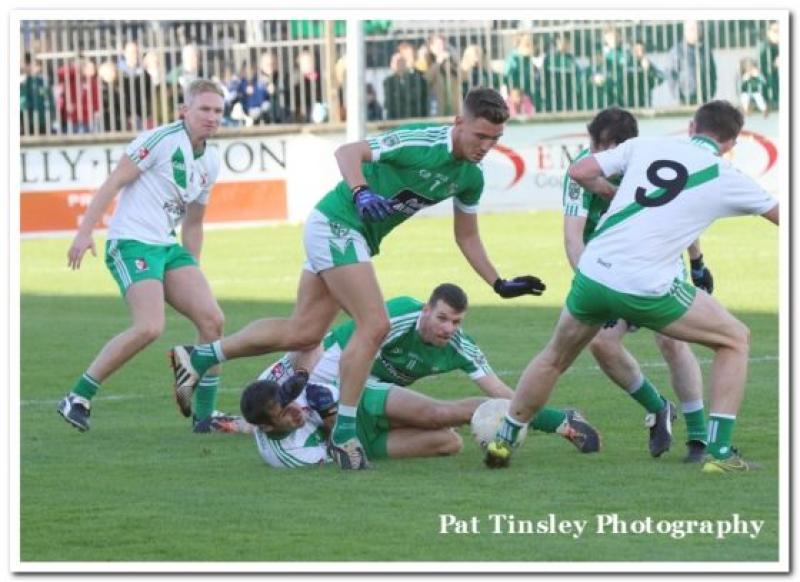 The game takes place in Group 2 which is identical to last year with St.Laurences and Maynooth also present.

Despite making last year’s Semi-Finals Naas have looked a much improved side this term with manager Niall Cronin adding an influx of impressive youngsters.

Castledermot themselves wont be lacking in spirit after defeating Raheens in the Division 2 Final a few weeks ago and they were only narrowly defeated by Naas in 2018.

You can expect Castledermot to go close again but Naas should have enough in the end.

Perennial underachievers or so we are told anyway Johnstownbridge will be the warmest of favourites when they take on Clane.

Brian Flanagan has a host of talent at his disposal and while Sean Hurley is unavailable this year they still have plenty of good footballers.

The Cribbin’s, the Flynn’s and the McNally’s take the headlines but they also have the likes of Sam Doran and Jimmy Farrell to take off the load.

After an injury ravaged year with Kildare it will be interesting to see if Paul Cribbin is fit to line out for JTB but with Clane missing star forward Brian McLoughlin for the Championship it negates the impact.

With Round Towers and Athy also in the Group Clane may be forced into trying to fend off relegation for the third year running.

It’s a game for Johnstownbridge to get their eye in and they should win with relative ease.

Athy and Round Towers on paper is one of the games of the weekend and it’s just a pity it will directly clash with the Dublin and Mayo All -Ireland Semi-Final.

Usually you would have Athy as hot favourites after being in the County Final a year previous but they were very in and out during the League with a lot of younger players being trialled as well as their sizeable County contingent being away.

Towers actually beat them in the League and unlike their opponents have a fairly settled looking team in comparison.

In saying all that however Athy have plenty of firepower and if the likes of Niall Kelly, James Eaton and Cian Reynolds can find their form they may do enough to come out on top but there wont be much in it.

In some ways the clash between Eadestown and Two Mile House is almost a knockout tie with both Moorefield and Sarsfields in the same group.

With all due respect the Newbridge clubs will expect to get the better of the named duo but that makes Saturday’s game all the more interesting.

At the back end of last year when Two Mile House cruised to the Intermediate Title and captured Leinster honours one would have expected them to maintain their status but its all up in the air now.

The House have struggled at the bottom end of Division 2 this year and their opponents have enjoyed something of a renaissance.

Liam McLoughlin’s outfit had a very impressive victory over Clane in Round 1 and with a huge number of underage talent coming through the club they can make a huge step towards safety for another year.

Sunday’s action kicks off with one of the main contenders for the Dermot Burke Cup in Celbridge taking on Raheens.

Celbridge had a disappointing enough League but with vast amount of players on Kildare duty it was always going to be tough so they will be a different animal now.

It will be interesting to see how Paul Curran gets on as manager and their chances are certainly aided with Paddy Woodgate and Liam Power missing for Raheens.

Celbridge will be relatively content with the group they have ended up in as they can grow through the Championship and they should start the process with a routine win at the weekend.

St.Laurences and Maynooth renew acquaintances  in Group 2 for the second year running at St.Conleths Park.

The Larries had a good victory over Round Towers in Round 1 and with Brian Kelly still in charge they are going along nicely.

After finishing bottom of Division 1 in the Senior Football League Maynooth will depend a lot on Neil Flynn and even that may be enough on this occasion.

Larries have all the aces to make a bright opening to the group.

Without question it’s the game of the weekend as Newbridge’s two heavyweight clubs come together on Sunday Evening.

Both suffered disappointing defeats in the semi-finals of the Senior Football League and will be eager to make up for those losses.

Moorefield in particular are not only chasing a historic three in a row but Carbury beating them by 15 points is bound to have stung and you can expect a fair bit of retaliation here.

Sarsfields have improved the longer the season has gone on but their injuries are beginning to mount.

Anything can happen in a feisty local derby like this one but it would be something of a surprise if the Moores didn’t get back on track.

Carbury will come into the Championship in buoyant mood after a very productive League and while Naas did beat them in the Final they still have plenty of stock stored in the bank.

They open up against a Confey side whose stock has decreased over the last number of years and they just about stayed up in Division 1 a few weeks ago.

Carbury still have the class of the O’Flaherty brothers but Philly Wolfe has given game time to a huge number of young lads and it seems to be paying off.

Confey can be tricky customers but if Carbury can repeat what they have produced over the last few weeks they will have more than enough.