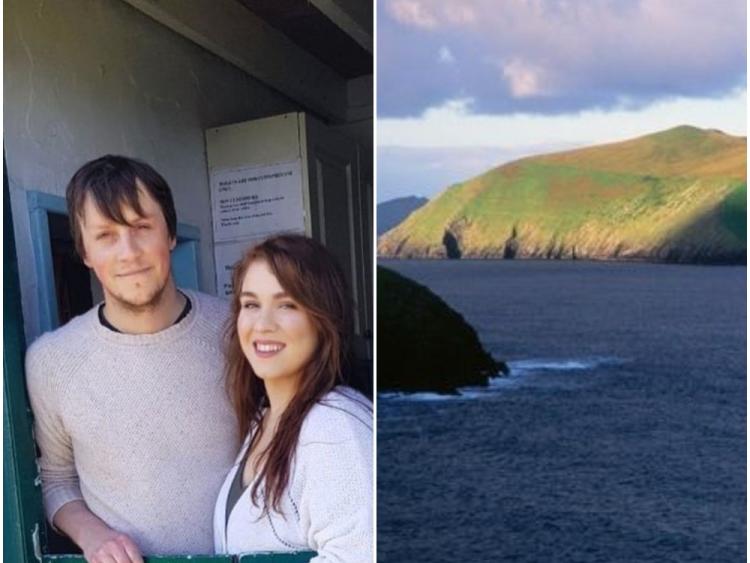 Pictured: Gordon Bond and Lesley Kehoe from Co Kildare at their new home in the Greater Blasket Islands

A Co Kildare couple have swapped the hectic daily commute for the peace and tranquillity of an otherwise uninhabited island located off the coast of Kerry.

Lesley Kehoe and Gordon Bond are both from Co Kildare and after becoming tired of the rat race in Dublin and spending four hours commuting from Kildare every day, they decided to brave a new adventure and moved to An Blascaod Mor off the coast of Co Kerry this Summer.

Lesley told Dublin Live: “I have always been interested in the Great Blasket Islands – I wrote my thesis about their heritage. As part of my research Gordon and I went out there and we stayed in one of the cottages. We just fell in love with the place and in January I saw a Facebook post advertising a job looking after the hostel there.

“I had been working in the heritage sector at a Seamus Heaney exhibition and Gordon was in the civil service at the time.I loved my work but we both wanted a bit of a change and a break from our routine so we decided to go for it and 10 days later we got the job,"she said. 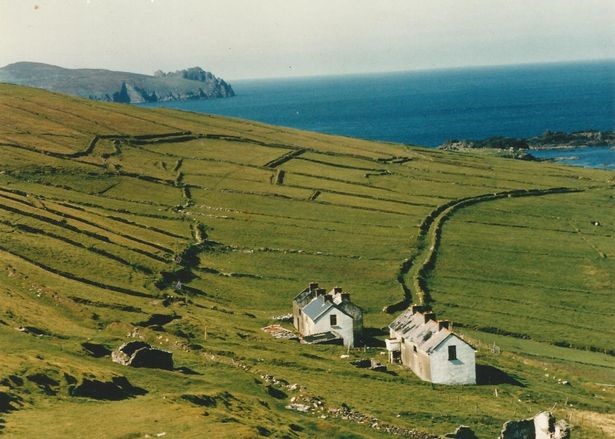 Kildare natives Lesley, 27, and Gordon, 29, had to adapt to life on the remote island, which was abandoned in 1954 due to population decline, making the young couple the only full-time residents on the wild island.

The little island has no electricity, their water comes from a spring and they have to rely on gas to cook their food, but the young couple are determined to make it work and they are largely self-reliant.

Lesley said: “There’s a wind turbine which powers a socket so we have one socket for the whole place – it wouldn’t be powerful enough to run a hoover or anything but it can charge my phone. I can take bookings for the hostel on that and send in our shopping lists – we couldn’t do without, I still walk into a room sometimes and think, ‘It’s very dark in here’ and go to turn on the light, then remember I can’t.

“The lack of electricity hasn’t actually bothered me that much but it did take me a while to get used to not having hot water. I said I was going to heat up water every day, that I’d never have a cold shower – but to be honest you’d be upstairs and dressed by the time you’d have the water heated in the kettle so I just decided to brave it.”

The couple are the only full-time residents on the island but they say it never gets lonely, with accommodation for 31 people and boats often coming out from Dingle, Bantry and Dunquin.

Speaking about what what they miss most from the mainland since their big move, Lesley said: “I miss my family but they’ve all come out to visit. Other than that I really miss my dog, she’s old so we couldn’t bring her with us. I don’t really get any cravings apart from ice-cream on a hot day.”

The couple’s time on the island will come to a close in October and Lesley said they will be “heartbroken” to leave.

Lesley said: “I don’t think either of us are ready to leave the island, it’s become a huge part of our lives and it’s definitely changed us. I think living here has shown us what works for us and what doesn’t and this pace of life definitely suits us. I don’t see us going back to work in Dublin any time soon.”