Community and school turn out to support bereft family. 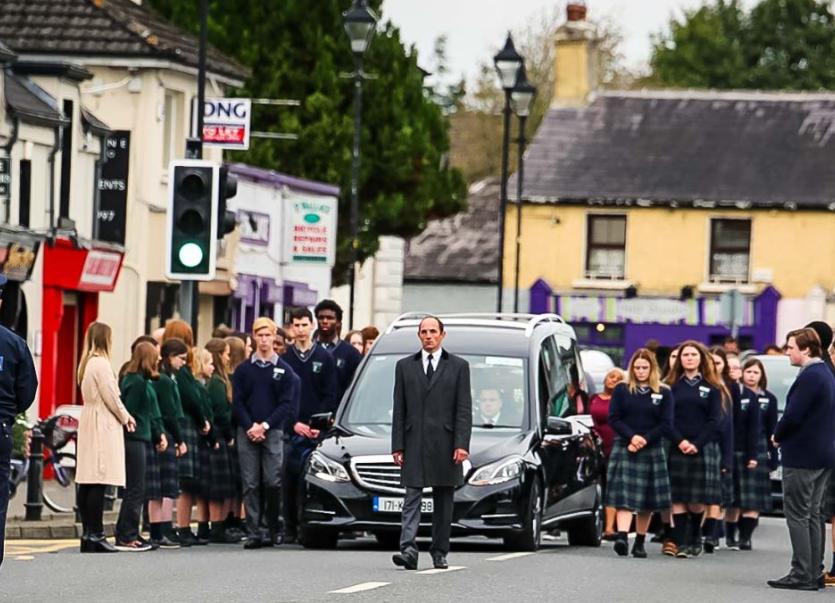 Heartbreaking scene as students of Scoil Mhuire form a guard of honour and walk with the funeral cortege of the late Ade Adeleke on his final journey to/from Clane Parish Church.

Heart wrenching scenes at today's funeral of 15 year-old boy Ademidun (Ade) Adeleke who took ill suddenly at the gymnasium in Scoil Mhuire secondary school on Tuesday last. The youth was rushed to Our Lady’s Children’s Hospital in Crumlin, Dublin where he later died.

Cllr Aidan Farrelly expressed his deep condolences to the family and stated he hoped the community of Clane would rally around to support the family in their grief, his parents Bayo and Nike, sister Eniola, brother Holly, grandparents and the extended family and a wide circle of friends.

And the community has come out this morning to express their sorrow at the sudden death of the well liked young man whose funeral mass was celebrated this morning at Clane Parish Church, followed by burial in Mainham Cemetery, Clane. Students formed a guard of honour from the funeral home down to the church, and again, followed the funeral cortege to the cemetery to bid a final farewell to the late Ade.

School Principal, Padraig Nolan expressed his sympathy to the Adeleke family earlier this week, and to the late Ade's many friends.

An avid sportsman with a keen interest in athletics and a follower of Liverpool Utd, tributes have been flowing on social media this week, paying testament to the talents and affection in which the tragic student was held.

Counselling support has been set in place at Scoil Mhuire for distraught students, teachers and friends of the late Ade. 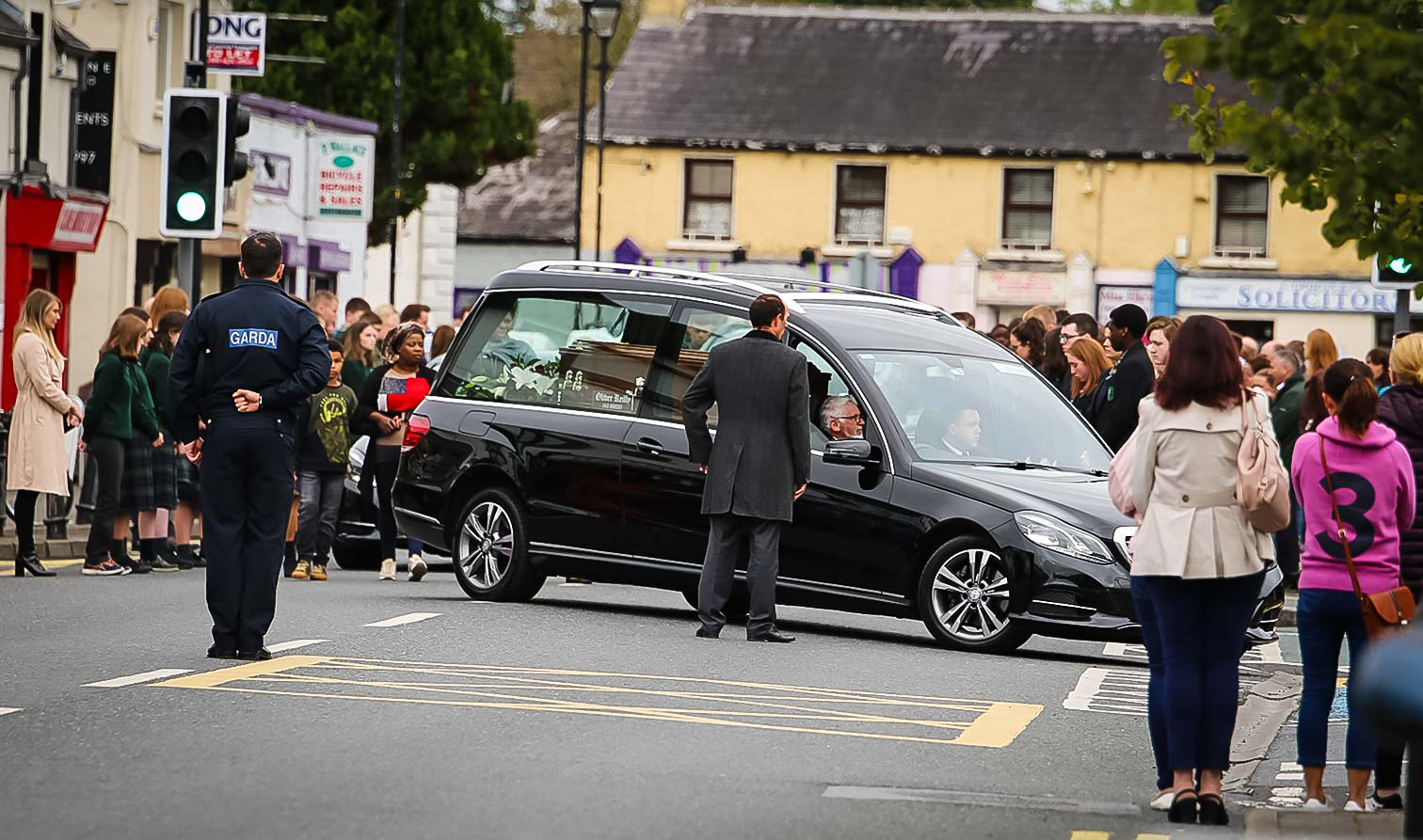 Many community and sporting clubs turned out to pay tribute to the young man this morning, and to show support for his bereft family.

Staff of KildareNow and the Kildare Post would like to express our deepest condolences to the extended family and friends of the late Ade Adeleke, may he rest in peace, amen.