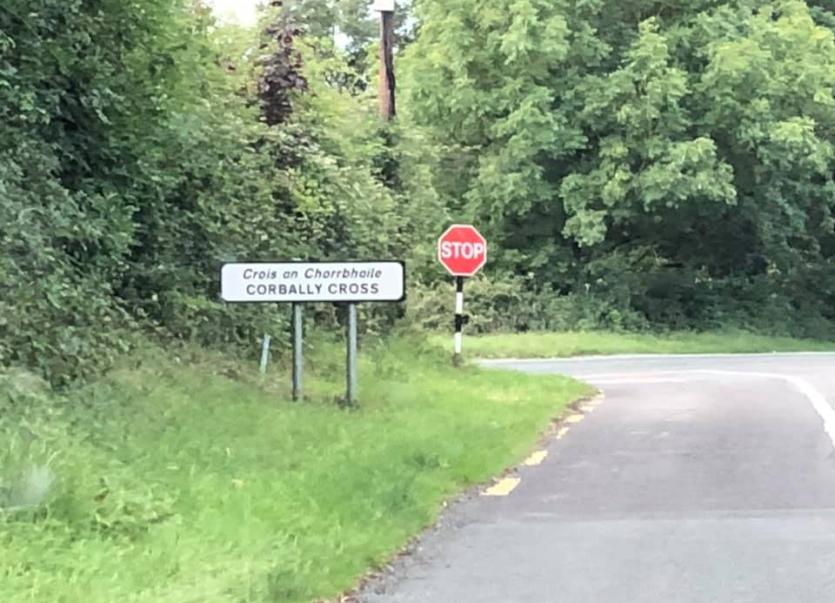 Fine Gael TD for Kildare South and Chairman of the Fine Gael Parliamentary Party, Martin Heydon, and Councillor Peggy O’Dwyer have confirmed that the proposed works to Corbally Cross are scheduled to commence in October.

Deputy Heydon said: “I am very aware of the concerns of local residents who travel through Corbally Cross on a regular basis following recent road traffic accidents and resultant safety concerns.

Deputy Heydon had raised the issue to seek improvements and supported the Council in their application to the Department of Transport last November under the Low Cost Safety Improvement Scheme. He said that €85,000 was made available by the Department to Kildare County Council for safety improvements at the junction and that works will begin in October.

“The combined works of improving visibility and road markings will definitely create a much safer junction than currently exists. We would like to thank the landowners involved for helping make this process become a reality,"said Deputy Heydon.

Councillor O’Dwyer stated: “This was one of the main concerns that came up repeatedly during my election campaign and I am happy to confirm that the proposed works to Corbally Cross are scheduled to commence in October."