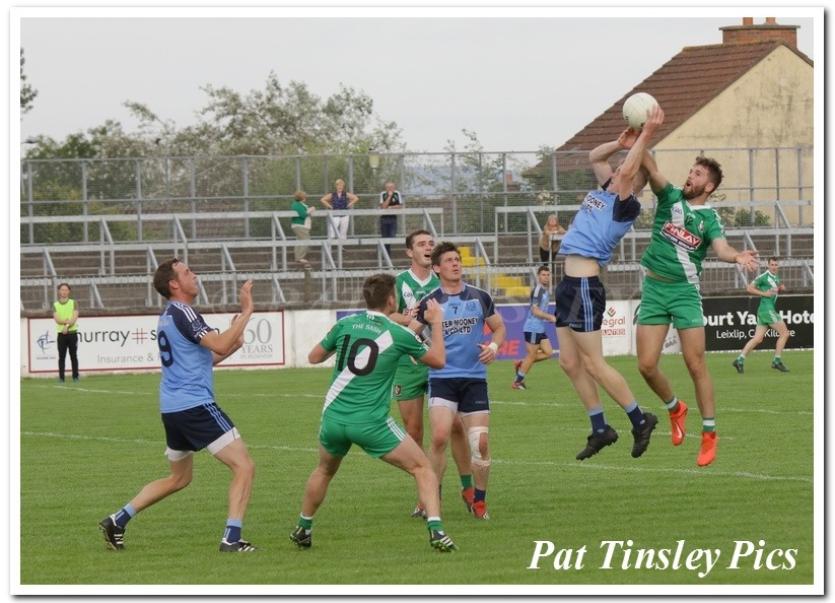 It’s a high noon start for the first of the Senior Football Championship Quarter-Finals when Celbridge take on Confey this afternoon in St.Conleths Park.

Like most of the games this weekend it’s a repeat tie from the Group Stages where Celbridge were commanding winners on a 3-13 to 1-6 scoreline.

Paul Curran’s team led 3-8 to 0-0 at one stage of that game with Mark O’Sullivan, Paddy Brophy and Kevin Flynn getting the goals and it was over as a contest from there.

It was rather surprising the way Confey succumbed as they were impressive victors over Raheens and even more so Carbury before that.

A Pre-Quarter Final against St.Laurences followed and again they showed their class as despite being level at half-time they turned on the style on the resumption to win by six points.

Larries were very dependent on Podge Fogarty in that game while Confey are a more rounded outfit with the likes of the Jennings brothers, Mitch McCann, Ian Devane, James Gately and David Slattery all capable on their day.

It’s a whole different kettle of fish in Celbridge though as arguably they have been the most impressive side in the Championship thus far.

Fergal Conway has continued where he left off on Kildare duty in probably being the best player on show in the campaign thus far and with fellow county stars Kevin O’Callaghan and Kevin Flynn both returning the last day they seem to be peaking at the right time.

They are very solid at the back having the likes of John Costello, Mick O’Grady and Hugh McGrillen with Flynn and Conway in the middle supplying to the forward threat of Paddy Brophy, Davy Hughes and Mark O’Sullivan.

Confey may have to batten down the hatches early on to avoid a repeat of the last day but no matter what way you look at it its Celbridge coming out on top and probably with a bit to spare again.

The County Champions were the one team that all the Group winners wanted to avoid but that’s the fate that has happened Maynooth who were table toppers in Group 1.

Maynooth won two of their three games in the Group to finish ahead of Naas, Castledermot and St.Laurences but the defeat to Naas can’t be studied too much as it was effectively a dead rubber.

Moorefield will go in as heavy favourites but they are far from unbeatable on current form and Karl Ennis will have seen plenty to give his side hope of causing the Newbridge side problems.

Clane were far from title contenders but they still led Moorefield for long periods in the Pre- Quarter Final last weekend and the Moores were grateful for Adam Tyrrell and Niall Hurley Lynch finding the net at opportune times.

Moorefield have already lost to near neighbours Sarsfields and while they ran out easy winners over Eadestown and Two Mile House there was still parts of those games where they were under pressure.

The Moores seem to be struggling to find their best team but they still have the best panel of players of the sides remaining and it wouldn’t be a surprise if they burst into life this weekend.

It’s a performance they probably need as their best form still seems a bit off and Maynooth will hoping to capitalise on this.

As expected Neil Flynn has been leading the line up front for the North Kildare side with some outstanding individual performances against St.Laurences and Castledermot but he is being ably assisted by Danny O’Sullivan and Ruadhan O’Giollain.

The plan on playing Kildare goalkeeper Mark Donnellan outfield has also worked a treat as he has scored heavily while Odhran Cussen had played a solid role in between the sticks.

Maynooth will put up a big show but consistency has let them down with their victories coming on the back of devastating ten or fifteen minute periods and they will need more than that here and while it may be closer than people think Moorefield should have the tools to advance.

Despite falling to Athy back at the start of the Championship its been a near faultless campaign since then for Davy Burke and Sarsfields.

The Athy defeat came at a time when they were struggling in the League but like many expected the longer the year goes on the better the Sash are beginning to look.

They topped Group 1 in the Senior Football Championship with an overdue one point win over their rivals Moorefield really setting them up.

That was a real big win for Sarsfields as they needed to show the rest of the big sides that they are capable of showing up on the big day and now going into a Quarter-Final with Eadestown as hot favourites they can go forward with confidence.

Sarsfields have an exciting team with the likes of Cian Costigan, Shane Doyle and the ultra experienced pair of Ray Cahill and Alan Smith coming into their own.

The Newbridge side were group winners over Eadestown on a 2-15 to 1-9 scoreline and if they can get a similar performance they will expect to be safe in the draw for the last four.

The goalscoring threat of Eadstown is something they have to be wary of though as Liam McLoughlin’s men have found the net in every game so far.

Despite being well beaten the 2014 Intermediate Champions remained competitive even against higher class opposition in the likes of Sarsfields and Moorefield.

Last weekend saw the club on the edge of Punchestown put in their finest display as they hit Castledermot for four goals with the likes of Cian Bolton, Conor McCarthy and Conor Doherty all getting on the scoresheet in the shock success.

Eadestown can really throw off the shackles as they are very much in bonus territory at this stage after maintaining their Senior status and they can have a right cut off the Sash with such a young team.

Three of the Naas CBS team that reached an All-Ireland Final back in April are now involved so they don’t have any inhibitions and that is really rubbing off on the rest of the team.

In saying all that though nine points separated the sides in their last meeting and while it could close Sarsfields are still the better side and they should secure their passage to the semi-finals.

Athy along with Sarsfields, Moorefield and Celbridge can validly lay claim to being the best four teams in Kildare over the last few years but the one team on the edge of that bracket is Johnstownbridge and they have a chance to break that ceiling tomorrow evening.

Its 2009 since the Dermot Burke Cup lay anywhere but the above four clubs and while Athy only claimed the coveted title once in that time when beating Carbury in 2011 they have been in two more finals and they are very experienced at this level.

The sense is they have a bit of unfinished business from last year’s County Final defeat to Moorefield and they have played like men on a mission thus far.

Sarsfields pushed them for periods back in April but all three group games have gone pretty much to routine levels including a victory over tomorrow’s opponents.

Athy beat Johnstownbridge on that occasion on a 0-15 to 0-11 scoreline but if truth be told it was more comfortable than the scoreboard suggested and that was all without Kevin Feely.

Athy have tried to grow the strength in the squad this year and it has worked a treat so far with the likes of Sean Ronan, Kieran Farrell, Brian Kinahan and even the likes of Cian Reynolds and Danny O’Keefe getting more extended minutes in the team.

Both Liam McGovern and Paschal Connell have also returned from their travels and its easy to see why all seems to be well with the South Kildare Club.

In contrast Johnstownbridge are desperately trying to find a return to form which had them at a higher level in 2017 and 2018.

Two years ago they made the semi-finals before falling to a very good Celbridge side while last year they bumped into a rampant Moorefield side on two separate occasions but still pushed them close.

The Bridge were extremely blessed to get over Carbury last week and the loss of Paul Cribbin is a huge loss to a relatively small club that wouldn’t have the numbers of an Athy or either of the Newbridge clubs so Sam Doran and the Flynns will need to produce something special.

Cathal McNally is classed as a doubt due to injury and if he was missing it would really stretch Brian Flanagan’s resources but even at full strength it would still be a big task as the Athy defence is teak tough with the Hyland brothers and Cathal McCarron manning James Roycroft’s goal.

Athy have only one aim in their sights this year and they know themselves that one County Title with this group of players is classed as underachievement in some areas and they have more than enough to make another County Semi-Final. 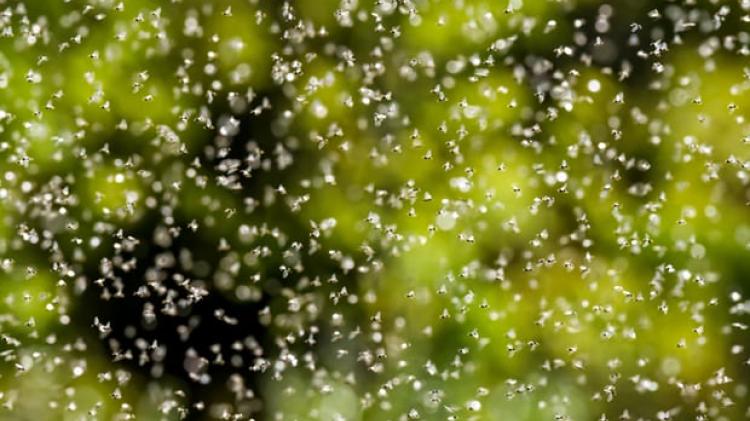 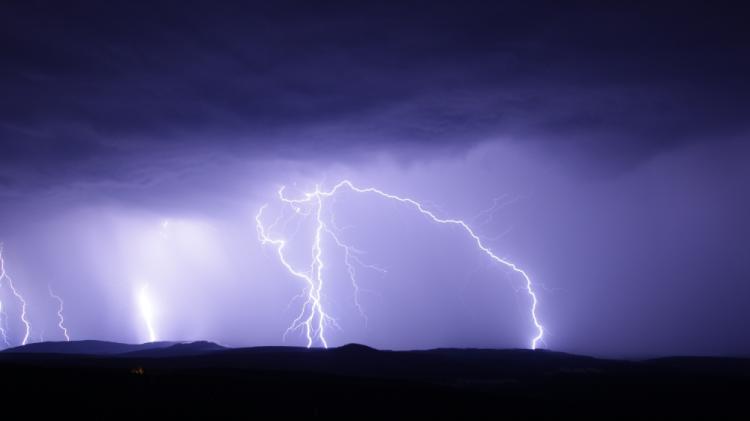