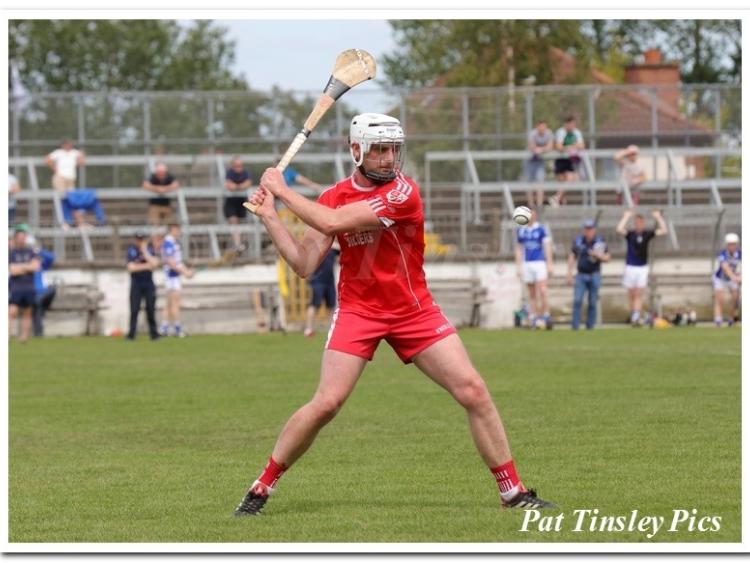 The scoreline was slightly misleading as Coill Dubh booked a place in the Senior Hurling Championship Final with a one point success over Ardclough.

Coill Dubh were the better team throughout with a fortuitous opening half goal from Mark Delaney giving them a nice lead.

John Byrne’s men led by four at the break and that increased to seven at the start of the second half as the likes of Delaney, Ryan Casey and Johnny Byrne led them towards the finish line.

Coill Dubh did go through somewhat of a sticky patch in the third quarter but even at that they still led by four points entering stoppage time.

In injury time Ardclough battled back with Tony Spain getting a goal but it arrived too late in the day as Coill Dubh held out for a fully merited win.

From the official team selection Ardclough made four alterations just before throw-in with Richie Hoban, Paul Fitzgerald, Ronan Maguire and Niall Delahunt all coming into the team while Coill Dubh remained as you were.

Coill Dubh made use of that familiarity when Ryan Casey latched onto a break a few seconds in and knocked over the opening score.

Ardclough replied with a pair of Martin Fitzgerald frees but a Johnny Byrne score on the turn ensured the teams were level at 0-2 apiece.

Ardclough then began to get a bit of momentum going with Fitzgerald leading the charge and he notched his third point of the half before Sean Whelan burned Joseph Kenny for pace and scored to give the Clocks a two point advantage.

Both Fitzgerald’s could have extended the lead but they were uncharacteristically off colour in letting a few chances pass them by and from there Coill Dubh began to grind back control of the contest.

Four points in as many minutes gave the League Champions the lead with a brace of Delaney frees levelling things originally before Ryan Casey x2 put them two clear.

A long range free from his own half by Ardclough’s Richie Hoban narrowed the deficit to one but their attacking play wasn’t really functioning and Coill Dubh with 1-2 on the bounce pushed ahead.

Points from Delaney and Johnny Byrne registered before a bizarre goal transpired in the 29th minute when a Delaney sideline cut evaded everyone from Ardclough and ended up in the net.

Ardclough did at least get the last two points of the half courtesy of Paul Fitzgerald and Tony Spain which left Coill Dubh 1-8 to 0-7 to the good at the interval.

Coill Dubh continued to dominate on the resumption and consecutive points from Byrne, Delaney and Tom Brady had them seven clear on the scoreboard.

Ardclough were in dire need of a response but they showed all their never say die attitude when getting the gap back to three with four of the next five points.

Martin Fitzgerald with three frees and points from play by Paul Fitzgerald and Niall Delahunt had the game in the melting pot as Coill Dubh went through a barren couple of minutes.

A Delaney free from deep in his own half steadied Coill Dubh as they held a tentative 1-12 to 0-12 advantage before the quiet up till then Declan Flaherty pucked over a wonderful score on the sideline.

Delaney also missed a couple of frees during that spell for Coill Dubh but Johnny Byrne really stood up for them winning two dispossessions in his own half as well as putting his side five clear with his third effort of the day.

Ardclough looked dead and buried as stoppage time approached but there was a full six minutes played and pair of attempts from sub Declan Molloy had them within range again.

Alas Byrne got Coill Dubh away for a four point game but a storming run from Drew Costello set up the experienced Tony Spain moments later and he fired in a last gasp goal for Ardclough to get them within the minimum.

There was still one more play in the game but after Coill Dubh won possession referee Fergus Devereux blew his whistle much to the relief of the winners as they held on to qualify for their first County Final in four years.