A real Super Saturday of action in store 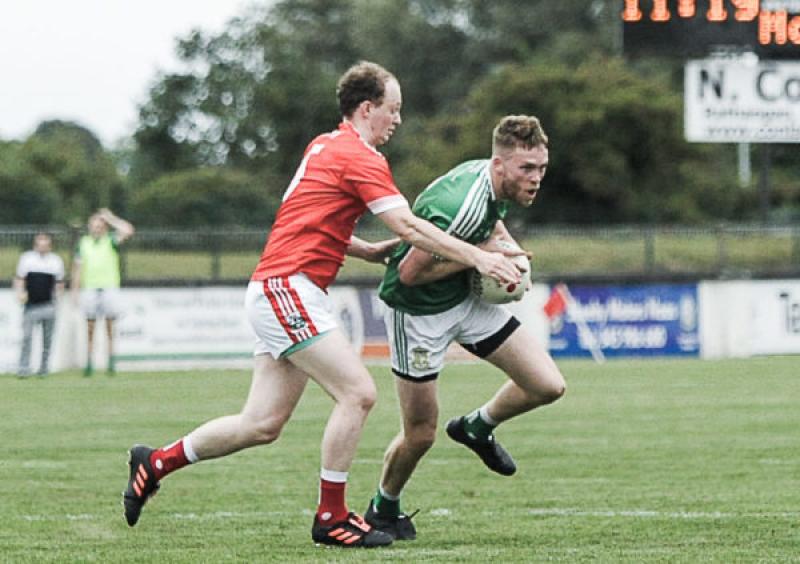 They were the four teams that everyone felt was ahead of the pack and rather predictably that’s how it’s worked out with Kildare HQ set to play host to an electrifying double header.

First up is Celbridge and Sarsfields and what a game we have in store here.

The two teams met in the Group Stages of last year’s Championship with Celbridge running out convincing winners before falling to Athy in the Semi-Finals.

That last four defeat brought an end to Trevor O’Sullivan’s reign as manager with former Dublin star Paul Curran taking over and with Davy Burke taking over the Sash we have overseen two very high profile appointments.

Both have laid down the law with Curran’s Celbridge swatting aside everyone in their path thus far while Burke who is now Wicklow bound helping Sarsfields to a first local derby win over Moorefield in a number of years.

That victory over their Newbridge neighbours has noticeably seen an increase of belief in his players and it makes them very dangerous opponents tomorrow.

The departure of their manager to the Garden County at the end of Sarsfields year is whatever way you look at it a distraction though and in their first game since the announced move it will be interesting to see how they deal with it.

Whatever about the outside stuff but Sarsfields will need to return to the levels they were at against Moorefield to come out on top but there is no reason they can’t do that with the likes of Alan Smith, Ben McCormack, Ray Cahill and Conor Hartley in their forward line.

Their backs will need to up their game though as they looked pretty open during the two victories over Eadestown.

Celbridge on current form have the best defence in Kildare though and with the likes of Mick O’Grady, John Costello, Hugh McGrillen and the at times dropping back Kevin Flynn and Fergal Conway in their ranks they will take stopping.

Its not just about their teak tough back six though as Tony Archbold, Davy Hughes and Paddy Brophy are all good score getters and while Kevin O’Callaghan who scored their first goal in the quarter-final win over Confey is out they are still a threat.

There won’t be much between the sides but the motivation of making up for a County Final defeat against Moorefield in 2017 and the more reliable and solid look gives Celbridge a slight edge.

Moorefield and Athy have come together again in a repeat of last year’s County Final although the tables have turned a lot since then.

Unlike twelve months ago when Moorefield had all the form going in the opposite is the case here with Athy gaining a lot of momentum throughout the Championship.

Before a ball was even kicked in 2019 Athy manager Vinny Walsh admitted that they weren’t ready to land the Dermot Bourke Cup last year and the aim of the league was to improve their panel strength.

That is something they have done to perfection and now instead of having the bare 15 Athy have up to 25 players capable of doing a job.

This was very noticeable when Kevin Feely sat out their last group game against Johnstownbridge and it made no real difference on the outcome.

Like Celbridge mentioned earlier Athy are very strong at the back and with the Hyland’s and Cathal McCarron back fit they are a real force.

Niall Kelly looks back to his best while James Eaton, Cian Reynolds and Danny O’Keefe are all playing like they did when they last won a County Title back in 2011.

Throw in Kevin Feely and Paschal Connell in the middle and you can see why they are well fancied to end Moorefield’s historic three in a row bid.

Moorefield are Moorefield though and Athy have found it very difficult to beat them over the years.

Even last year’s League Final Moorefield didn’t start with their best team so this is still a big mountain to climb for Athy.

To say Moorefield’s form has been inconsistent is being generous, they lost to Sarsfields, trailed to Clane by seven points at one stage before eventually getting some sort of form back in defeating Maynooth.

Maynooth were that bad though that it’s hard to put too much credence on that result.

What the Moores do have is a mental attitude that they are never beaten and it’s what won them a Leinster Title in 2017 and it’s what gives them a favourites chance here.

They have the forwards In Adam Tyrrell and Eanna O’Connor to put up a big showing but they need more help on the scoring front elsewhere where they need the likes of Aaron Masterson, David Whyte and Eddie Heavey chipping in.

Another problem Moorefield seemed to have is what their best team is and there is no point in guessing on what 15 Ross Glavin will send out.

All logic in 2019 points to Athy but you know there is at least one more kick in the County Champions and in a rivalry where there is plenty of bad blood the sight of the red jersey may just spur them on to their fourth final on the trot.