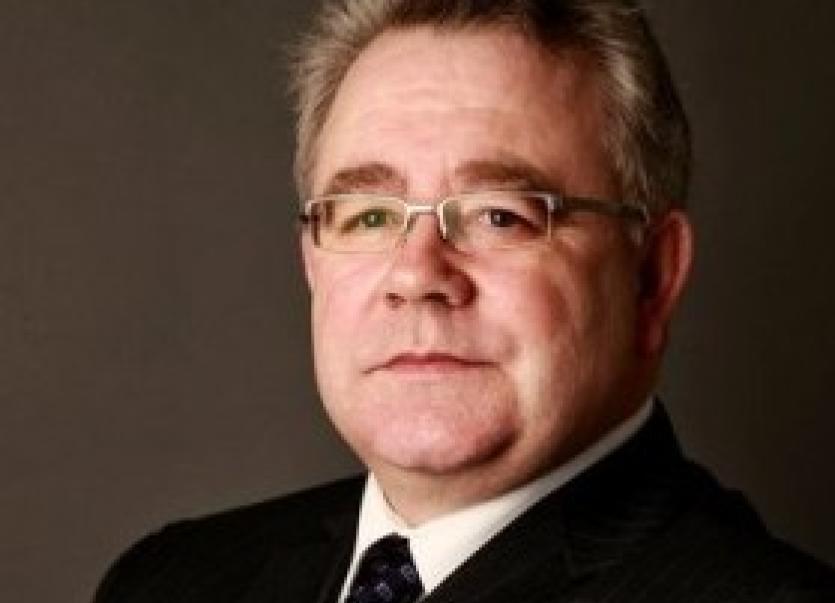 Ceann Comhairle Seán Ó Fearghaíl has hit back at claims that tenants of a local housing association, of which he is company secretary, were told they could purchase their homes.

The Kildare South TD Fianna Fáil admitted that while some “errors” of corporate governance were made at Droichead Nua Housing Association, he said that it was clear from the terms of the scheme at the time of formation, the homes could not be purchased as a purchase scheme was not provided for in law.He has also spoken separately about the conviction of his former parliamentary assistant, Cllr Mark Dalton, who was convicted earlier this year of the theft of €200,000 from the Cill Urnaí Housing Association, of which Deputy Ó Fearghaíl was also a director.

In relation to the Droichead Nua Housing Association claims, Deputy Ó Fearghaíl said; “Rent is paid based on income and it was clear from the terms of the scheme at the time of formation the homes could not be purchased as a purchase scheme was not provided for in law,” he said.
“I told people at the time that if you can get a house any other way, be it through the council or a bank loan where you can buy your own house, then do it.
“The point about these houses was that they cannot be purchased. People in Local Authority houses can purchase their houses but people in Housing Association homes cannot.
“I have since lobbied for the introduction of a Tenant Purchase Scheme and one was introduced in 2009, but it is only applicable to the houses built after 2009 and very little were built after that due to the bottom falling out of the economy around then.”

This position is disputed by long-standing Fen Grove tenant and member of the Droichead Nua Housing Association Shirley Eustace, who claimed that Deputy Ó Fearghaíl told tenants that they could purchase their homes after five years. She helped set up Droichead Nua voluntary housing association in 1993 as a not-for-profit body that provided homes for low-income families on their housing lists.
“Seán Ó Fearghaíl said the option would be there to buy back our houses after five years,” she said.
“Now he is saying that he never said that. I am also listed as a member which means I should have been contacted about all AGMs, but the last one I attended was in 2001.”
Last week the Newbridge-based Housing Association made national headlines when it was reported that it had failed to keep a register of members as required by company law, and did not notify the company’s members of annual general meetings, also a statutory requirement.

Deputy Ó Fearghaíl said that seven members, including Shirley Eustace, became directors at the formation of the scheme and served for several years as such but when they resigned, it was assumed, rightly or wrongly that they had also resigned as members.
He said that all members signed up to a Memorandum of Articles and Association, which he claimed clearly stated the rules of the housing association.
“We were about the business of building houses — was there an error — yes — are we willing to fix it — yes. There was never any impact in respect of the construction of those houses,” he said.
Meanwhile Ms Eustace also said that last March, tenants were informed by letter of a proposal to merge Droichead Nua with a larger housing association, Cill Dara Housing Association — of which Deputy Ó Fearghaíl is also director.
“We decided as a group that we wanted to stay on our own,” Shirley said. “We only have a small amount left on our loan €350,000 in total for the 18 houses to pay back to the Department of the Environment. We do not want to be merged with anyone as we also have a considerable sinking fund (maintenance) at Fen Grove. I have requested a copy of the Articles of Association and of all the AGMs that I should have been notified of, and as our next step as tenants is to arrange a meeting this week to discuss our next strategy.”

The average rent paid weekly for the 18 houses at Fen Grove amounts to €75.78 with the lowest at €32 a week and the highest, depending on household income at €136.
Local independent councillor Fiona McLoughlin Healy has since called on KCC for tighter regulations around the running of Housing Associations.
The council in response said that it is the responsibility of the Interim Housing Regulator to regulate the operation of Approved Housing Bodies.

Deputy Ó Fearghaíl also sits on the board of five other voluntary housing associations in Kildare including Cill Dara Housing Association, Monasterevin Housing Association, and Cill Urnai, whose former director and councillor, Mark Dalton, was recently convicted of theft of €200,000.
Deputy Ó Fearghaíl said the reason he is involved with so many housing associations was his due to his involvement at their formation stage.
He added that he was alerted to the fraud of his former colleague and friend Mr Dalton by the bank. He said an irregularity was spotted which he immediately began investigating.
“I then saw significant anomalies and immediately confronted him the following morning,” he said.
“He admitted his wrongdoing and submitted his letter of resignation. When I discovered the scale of the problem, I reported it to gardai, the Director of Corporate Enforcement and the Local Authority.”