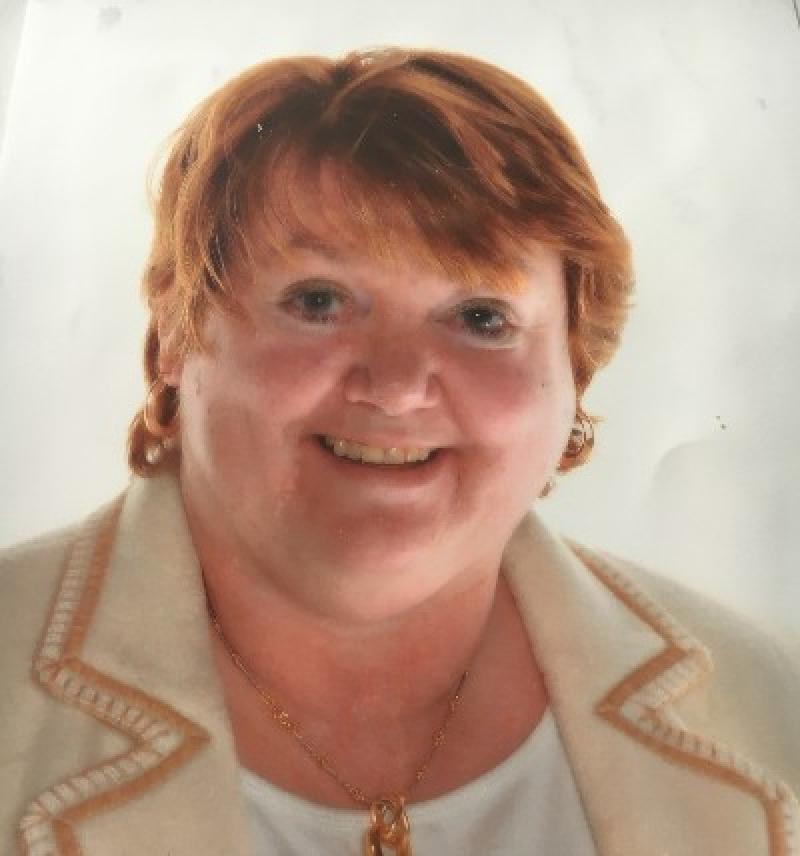 The late Joy Reddy (née Bradbury). May she Rest in Peace.

Reposing in R. Healy & Son Funeral Home, Pollerton Castle, Carlow on Monday from 4pm to 7pm. Removal on Tuesday morning to the Church of the Holy Family, Askea to arrive for funeral Mass at 11am. Burial afterwards in Killeshin Cemetery. Family flowers only, donation in lieu to the Friends of the District Hospital.

The death has occurred of Rose Armstrong
Roseberry, Newbridge, Kildare

May Rose Rest in Peace

Reposing at her residence on Monday, 14th October, from 4pm with Rosary at 8pm. Removal on Tuesday morning at 10.30am to St Conleth's Parish Church, arriving for Funeral Mass at 11am. Burial afterwards in St Conleth's Cemetery, Newbridge.

The death has occurred of Bob Wrenn
Ovidstown, Donadea, Kildare

May Bob Rest in Peace

Reposing at his family home on the Kerry Road on Tuesday from 4pm with Rosary at 7pm. Requiem Mass on Wednesday in The Church of the Nativity, Newtown at 12 noon followed by burial afterwards in the adjoining cemetery.

Reposing at Clarke’s Funeral Home, Burgage More, Blessington W91YN79 on Sunday from 3.00 p.m. to 6.00 p.m. Funeral to the Church of the Immaculate Conception, Ballymore Eustace on Monday arriving for 11.00 a.m. Funeral Mass followed by burial in St. Mary’s Cemetery. Donations if desired to the Cancer Society. Donation box at the funeral home and the church.

May Mossie Rest in Peace

Reposing at his home on Monday from 4 o’clock until 8 o’clock with prayers at 7 o’clock. Removal on Tuesday morning at 10.30 o’clock to arrive at St. Brigid’s Church, The Curragh for Funeral Mass at 11 o’clock. Funeral afterwards to St. Conleth’s Cemetery, Newbridge.

Family flowers only please. Donations, if desired, to the Alzheimer Society of Kildare. Donations box in the Church.

Reposing at The George Mullins Funeral Home, Kilcullen Road, Naas on Sunday from 2pm to 4pm. Funeral Mass on Monday (14th) at 10am in The Church of Our Lady and St. David, Naas followed by Cremation in Newland’s Cross Crematorium. Family flowers only please. Donations, if desired, to The Bone Marrow for Leukaemia Trust. Donation box in church.