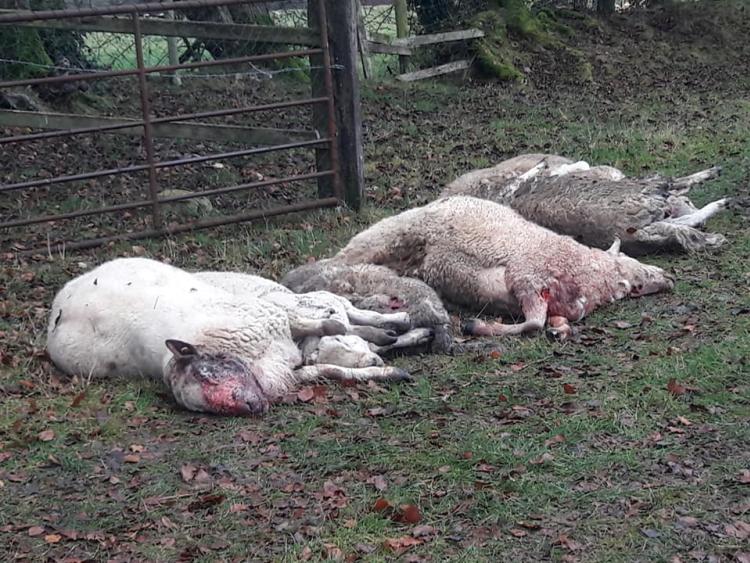 Sad sight of rams on a farm in Suncroft last week, the sheep were savaged by dogs

A sheep farmer is appealing to dog owners to keep their pets under control after he found six rams savaged last Thursday morning on lands in the Suncroft area.

David Corrigan who, along with his father Pat and brother Andrew, farm lands in the Curragh and surrounding areas. The Corrigans are well known breeders of pedigree Cheviot sheep, with a yield of 1,300 lambs per annum.

Last week Mr Corrigan made the grisly discovery on his lands where the rams had been segregated from the ewes.

“There were six rams slaughtered, absolutely savaged by dogs and four more in recovery. Aside from veterinary bills, the pedigree rams killed are valued at €3,000 to €5,000.

“What is so annoying is that you frequently see posts on social media from dog owners appealing for information on lost pets, and describing them as 'treasured family pets'. Dogs are dogs and when they run with a pack, they're killers. 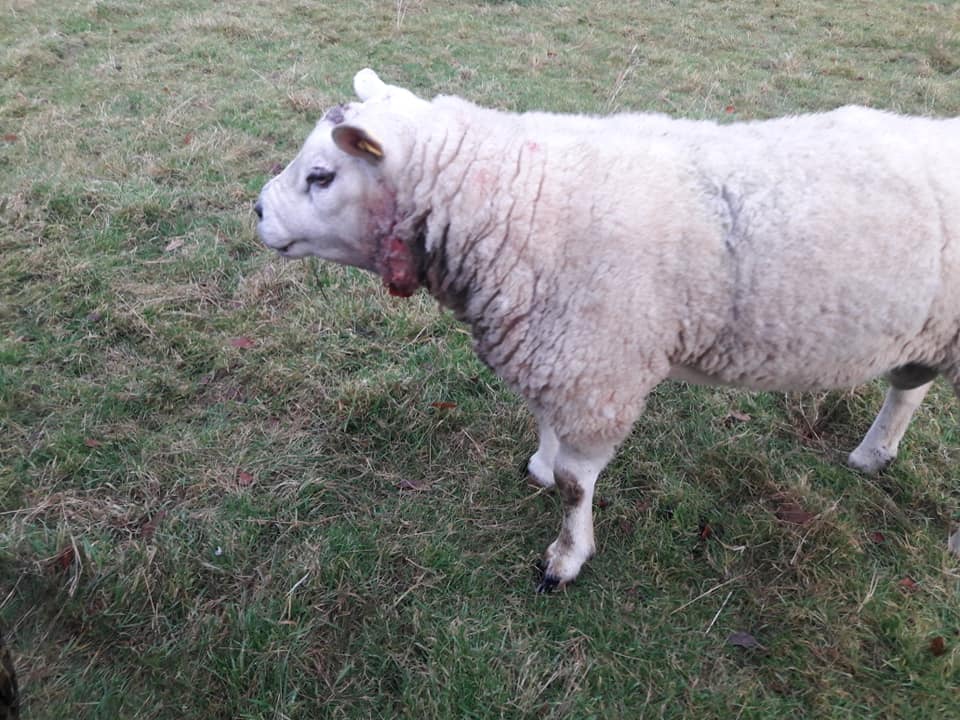 One of the rams who survived the savage attack

“It's their instinct to hunt and kill. This applies to every dog but so often people say 'Oh, my dog wouldn't do that'. They can and they do!”

Mr Corrigan stated that whilst he shared the grisly find on social media and reported it to Kildare garda station, many older farmers don't report such incidences at all.

“This is a regular occurrence for us, up to 3 and four times a year. It's a horrible death for the sheep and these are pets doing it, who'll return home to their owners as 'treasured pets'. So many local farmers have sheep put away for winter grazing and they're easy bait for a pack of dogs.

“Please”, he concluded “families consider them as loved members of the family but to us, and these slaughtered animals, they're killers. Keep your dogs locked up at night and under control during the day!”