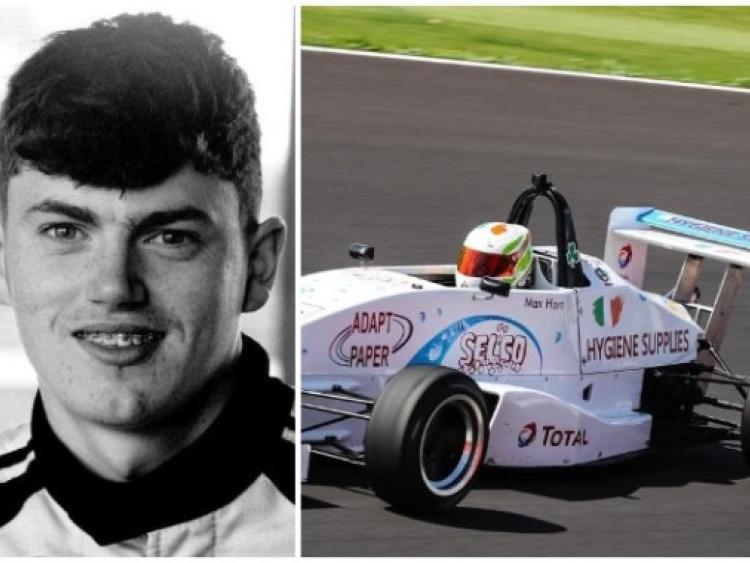 Max Hart in action on the track

Eighteen-year-old Max Hart from Baltinglass has been handed the chance of a lifetime by fellow Irishman Peter Thompson and will make his International F4 debut at the Sepang Formula One circuit in Malaysia next weekend on December 14 and 15.

The talented young motorsport racer, who finished second in the UK Monoposto series in 2019, driving for the Irish based Leastone Racing team, is also in the final three for the prestigious Young Driver Of The Year award.

Backed by Sport Ireland and Team Ireland, it carries an award of €50,000 towards a young driver's career.

The Young Driver of the year will be named at the Motorsport Ireland Awards Lunch at Citywest Hotel on Tuesday December 10, after which Max will be airport bound as he starts his journey to Sepang.

Speaking to KildareNow, Max's proud mum Lorraine said: "He is super excited, as it is a very last minute decision to fly to Malaysia.  He has been training hard since the season finished in the UK as he would need to keep fitness up at all times so he is ‘prepared’!

"The race will be next weekend, live on Eurosport. He leaves for Sepang on Tuesday evening (Deceber 10) straight after the Young Driver of the Year awards, where he is a finalist.  He will be fitted for his seat (as they are personalised) when he lands and he will have a chance to try out the car for the first time.  Nothing phases him though, he is competent and confident so hopefully that will help him!"

Meritus.GP runs the Formula 4 South East Asia series and  team principal and founder Peter Thompson, who is originally from Wexford, having followedthe Scoil Chonglais Baltinglass student's progress in the UK this season, made contact.

Peter Thompson, Meritus.GP: "It’s great to have one of the Motorsport Ireland young driver finalists join us in Formula 4 South East Asia. I have been following Max for the past year and we were keen for him  to try out for our Grand Finals event at Sepang. Max will join fellow Irishman Lucca Allen on the grid, Lucca won 3 of the 4 races at the last event and is one of the two drivers fighting for the 2019 title."

Max is backed by Selco Hygiene Supplies, Adapt Paper Products and Little Dragon Supplements and as well as their backing, Max is also thankful for the support of family members who have helped out in any way possible over the last few seasons.