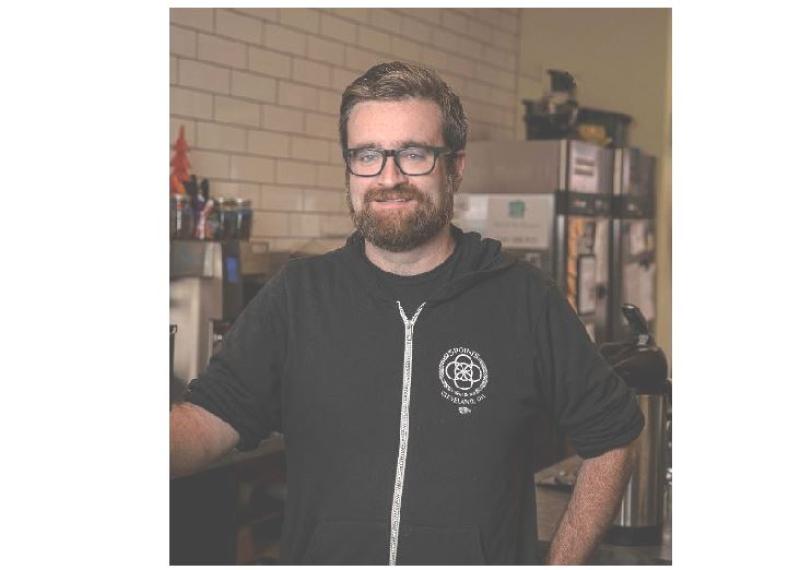 Conor in his cafe in Cleveland

A Naas man living in the US had to close his cafe in Ohio and is self isolating with his family.

Conor Boylan is the board president of the Progressive Democrats of America (PDA) which is supporting the campaign of veteran Vermont Senator Bernie Sanders.

Boylan moved to Oregon in 2006 and later married his long-distance American girl friend Nora and they now have a three-year-old son Ronan.

The former Intel worker, who worked on the successful Barack Obama presidential campaign in 2008, said the Governor of Ohio addresses citizens every day.

Conor said: “We made the decision the close our cafe — the 5 Points Café — in Cleveland on Sunday, March 15. The Governor of Ohio mandated that bars and restaurants must close except for take out.

“We made the tough decision to temporarily close to support self isolation in our community.

“Since we shut I am enjoy- ing a slower pace of life and spending more time with my soon to be three year old, but it's the uncertainty that kills me. We will open again but not knowing when is tough.

“We had to lay off our employees but plan on rehiring them again as soon as we get the go ahead.

“Every Ohioan tunes into our Governor's daily address at 2pm and that is our most important piece of daily news and advice.

“His name is Gov. Mike DeWine and somebody came up with the hashtag #winewithdewine to put a fun slant on what is a scary time for many people.”

Conor added: “ March 17, St Paddy's Day, is traditionally our busiest day of the year and my brother Brendan who plays in a band called Shindig was over from Ireland playing Irish music but had to cut the trip short and leave when the President implemented the travel ban.

"They could not play at the cafe and instead the shop lay idle on what should have been a celebration day!”