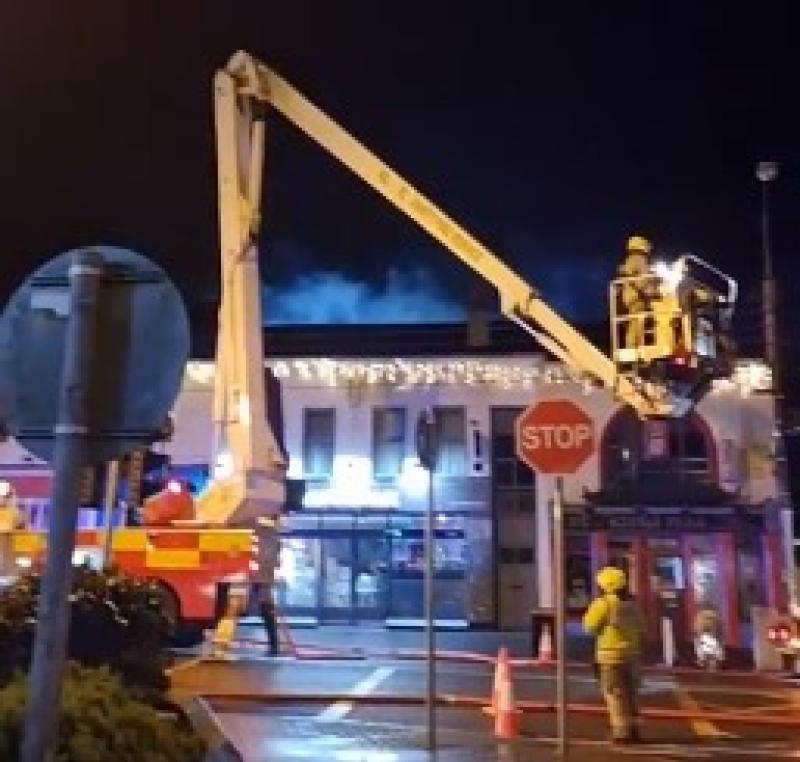 Firefighters at the scene of the fire in Newbridge

Firefighters from Newbridge, Naas and Monasterevin battled a fire in a property in Newbridge town centre last night.

Kildare Fire Service Crews were alerted just after 10pm to the incident on Patrick Street off the Main Street.

The first crew arrived 11 minutes after the 999 call.

Firefighters later spent over two hours at the scene. 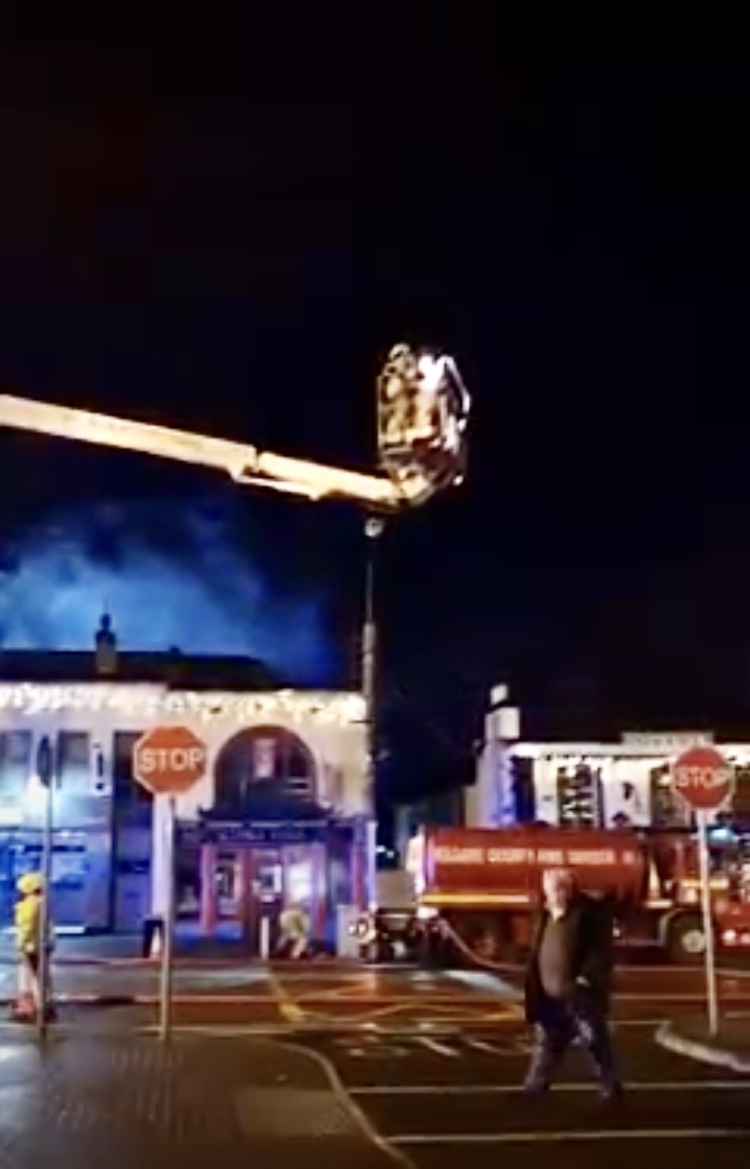 Local gardaí also attended the scene and closed off areas to traffic while firefighting operations continued.

The Fire Service said there was damage to the upper floor and roof area of the house involved.

There were no injuries reported at the scene.

Concerned passers-by uploaded photos and videos of the incident to social media.