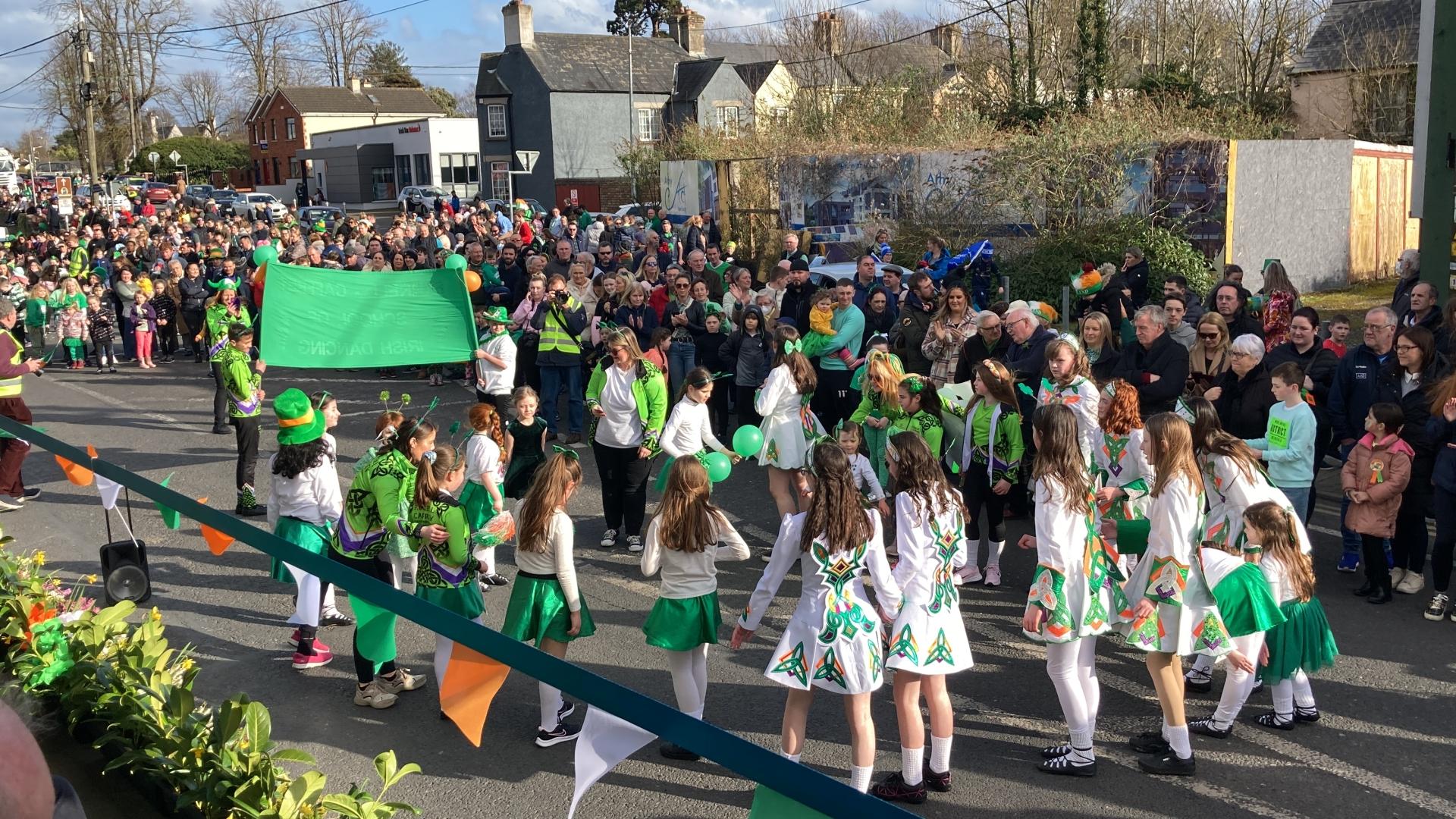 Athy's St Patrick's day parade made a return for 2022 and like so many across Kildare the town was out in force. Locals could be seen wearing as much green as their bodies could carry on this fine day.

The crowds gathered along the streets as MC Charlie Hughes talked us through the afternoon as the various floats and processions passed by. There was a great diversity within Athy as the town celebrated much more than St Patrick's day for this parade.

The Athy pipe band got proceedings underway on Thursday afternoon with their tunes bellowing around the town. They were followed by the Athy branch of the Organisation of National Ex-Serviceman who received a great reception and stood to attention without missing a beat.

The parade paid tribute to all those vital within the community, the men and women of the fire department among other unseen heroes. As it was put on the day “you don't see these people until you need them”.

The parade also paid special tribute to the Ukrainian members of the local community and what an incredible sight it was to see the children alongside their parents smiling, enjoying the day while being clapped through the street in what is a dark time for their home country. It was a wholesome moment and a wonderful display of solidarity between the Irish and Ukrainians that inhabit one community.

The Athy women’s shed was next through the street, a great community based idea and groups have been emerging across Kildare for women of all ages to reconnect with themselves and the wider community.

The parade was also littered with performances from Athy’s next emerging superstars. Next to wow the crowd was the Shooting Stars Athy stage school who dazzled the crowd and special guests with their choreographed performance. The guest of honour was the Lord Mayor of Manchester, Councillor Tommy Judge, who has heritage in Athy. The Lord Mayor and his wife had plenty to take home with them after the efforts of all the performers today.

Next up was a more traditional showing next as the Farrell Caffrey School of Irish Dance (seen above) made their way through the town. The group put on two wonderful showings to entertain the thousands in attendance.

Athy Sing and Sign who aid members in learning Irish sign language skills and about the deaf community. Sing and Sign closed the show for what was a wonderful parade and a delight to be in attendance for.