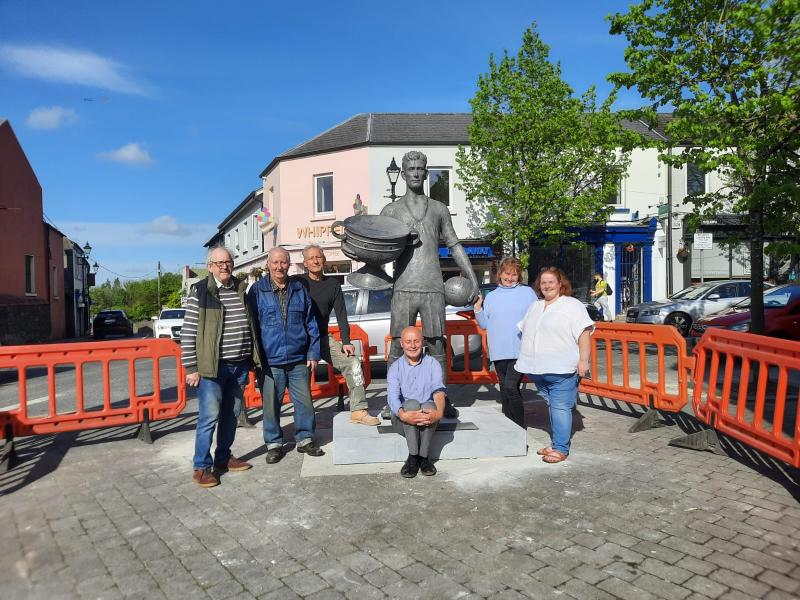 Mark Richards FRSS was commissioned to create a permanent artwork to commemorate Bill 'Squires' Gannon, the captain of the Kildare GAA team in 1928 when Kildare won the All Ireland final.

A sculpture of a well-known GAA captain that was originally planned before the pandemic was recently unveiled in Kildare town.

Kildare County Council (KCC) revealed that sculptor Mark Richards FRSS was commissioned to create a permanent artwork to commemorate Bill 'Squires' Gannon, the captain of the Kildare GAA team in 1928 when Kildare won the All Ireland final.

He was also the first captain to raise the Sam Maguire cup in Kildare town.

Mark has been sculpting for nearly 40 years, and graduated from the City and Guilds of London Art School. 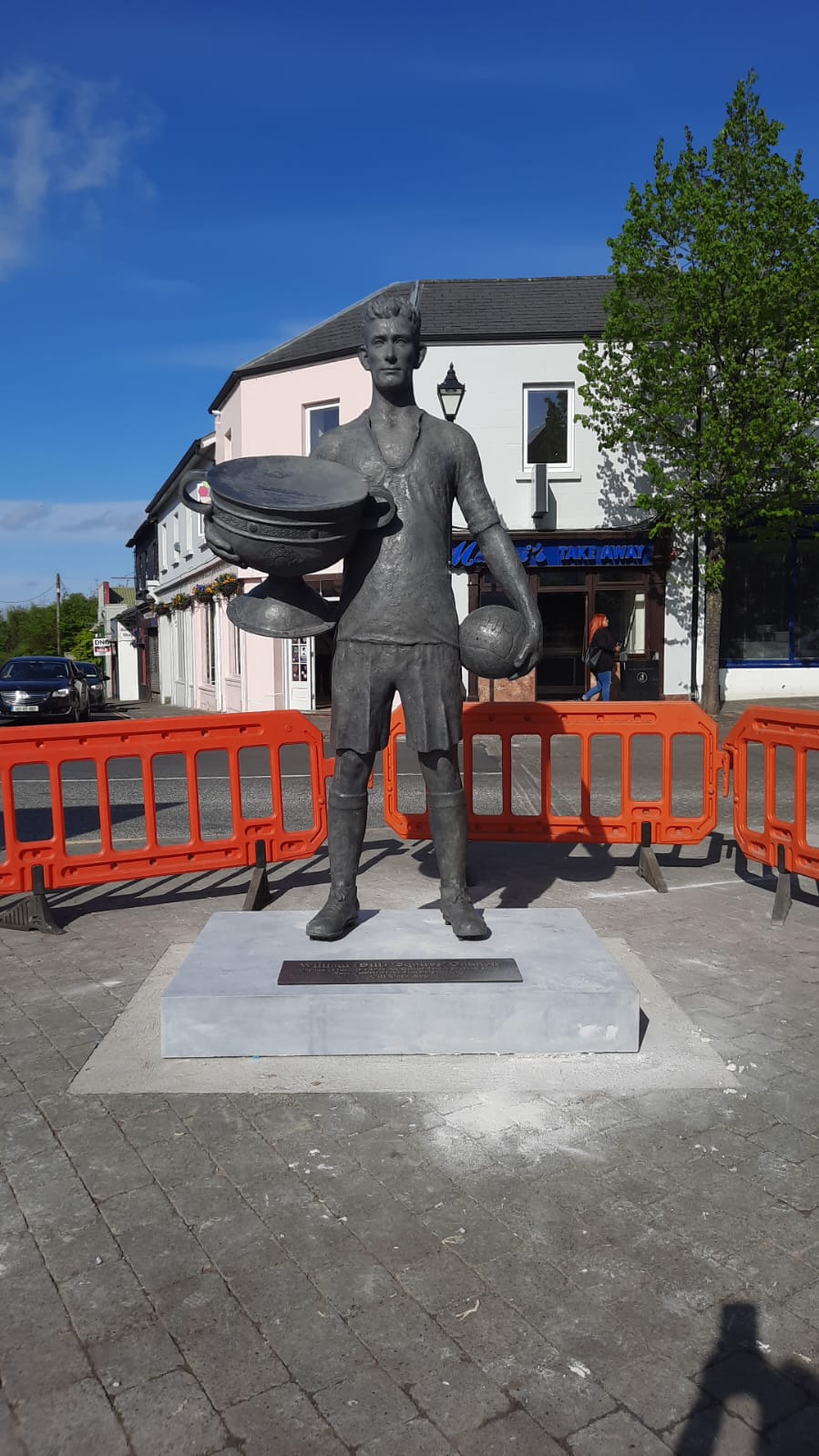 He is arguably best known in the county for his sculpture of Antarctic explorer Ernest Shackleton, located near his birthplace in South Kildare in 2016, as well as his latest effort, a sculpture of Roger Casement, which is situated in Dún Laoghaire.

Speaking to the Leader, Mark said about his piece: "The composition is based around not only Bill, but the team-members, as shown by signatures on the ball, and the cup too.

"I didn't want to make it look it just like a statue that you can just stand beside it and take photos, I wanted it to appear sculptural."

He also revealed that he paid great detail to the sculpture, even basing the cup off of the Ardagh Chalice, but made sure to 'deliberately mute' the finer details so that they wouldn't distract from the overall presence of the statue. 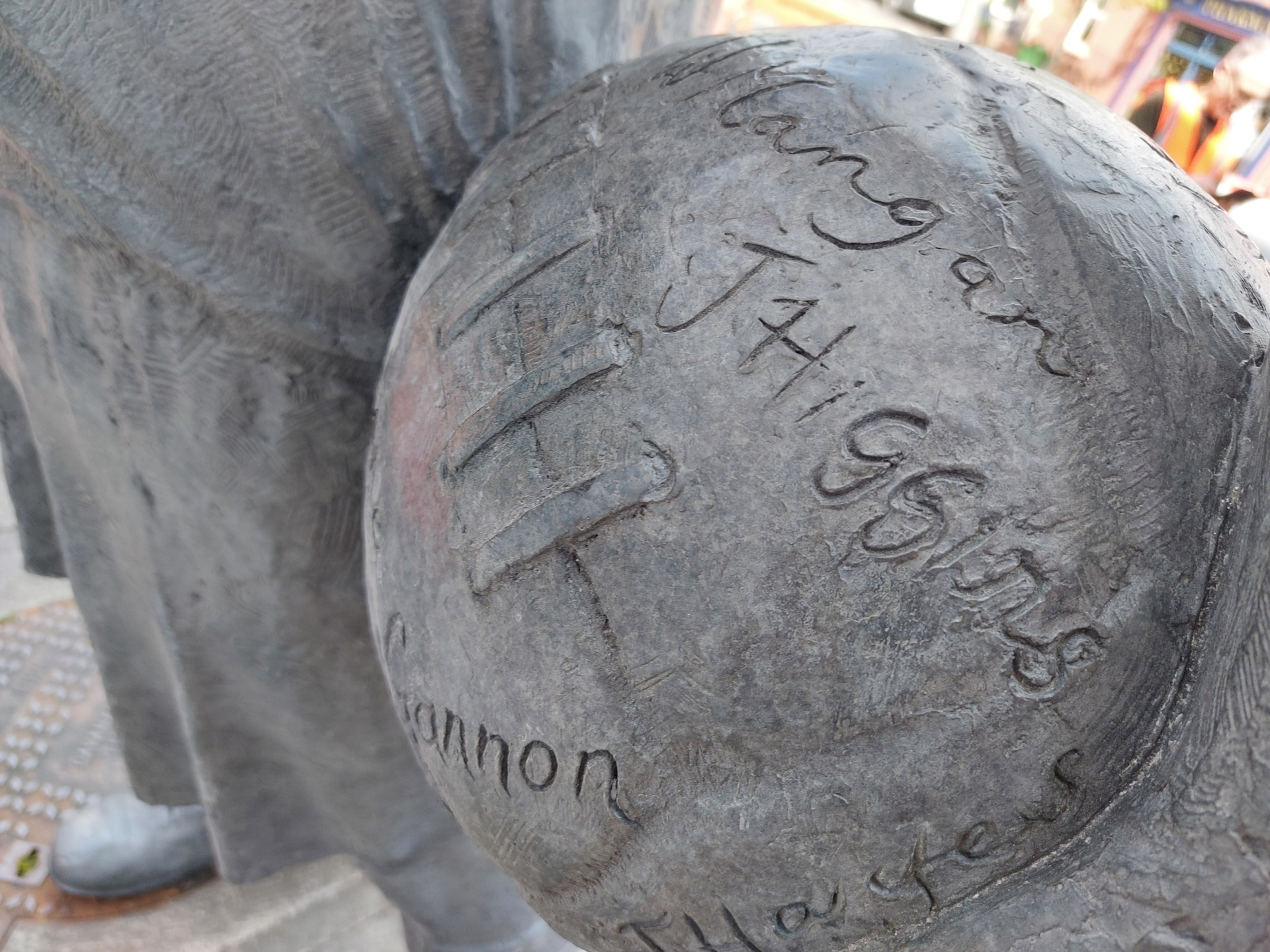 According to Mark, the sculpture, which is made of clay and bronze, took a number of weeks to plan, and he consulted with the descendants of the beloved player to help inform him while sculpting it.

However, he said that he has always had a love of Ireland and Irish history: "Ireland is the best place (to work); I really like how people let me get on with stuff, there's a lot of trust involved, and that in turn brings out the best in me."

Commenting on what drew him to the late Bill Gannon, he said: "What grabbed me about Gannon was the level of modesty and humility he had that went with his success... we could do with a bit more of that today." 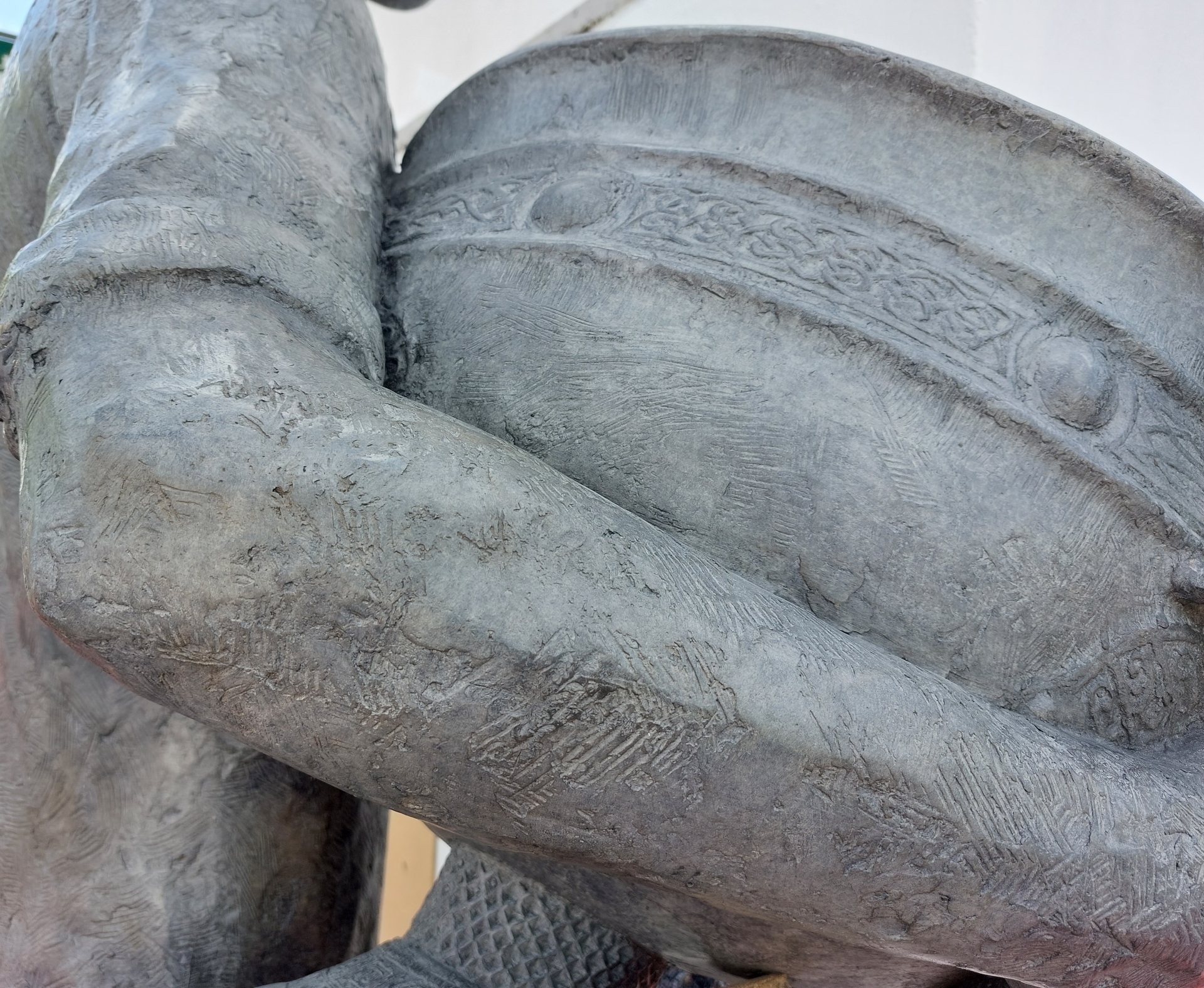 "It is a commemorative piece, but I think it is also a contemporary piece; I believe that it will encourage young people to research him."

"The sculpture has been a long time coming," she added.