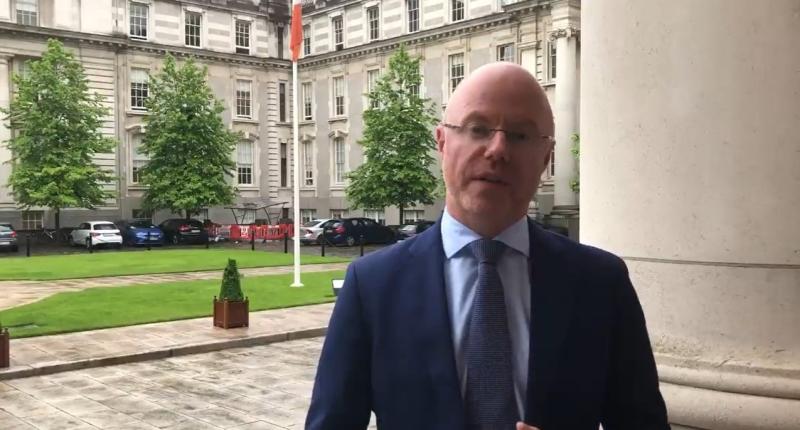 Both Fianna Fáil (FF) and the Department of Health deny paying for retweets on a post relating to the planned National Maternity Hospital.

Minister of Health and FF TD Stephen Donnelly’s tweet included a video about the Cabinet decision to support the relocation of the National Maternity Hospital received hundreds of retweets from accounts.

According to BreakingNews.ie, many of these accounts which appeared to be spam accounts or 'bots.'

It follows after Twitter said that it has been attempting to cut down on the number of bots on the platform, with the issue even impacting billionaire Elon Musk's takeover.

The Tesla owner said on Tuesday that his $44 billion (€42 billion) offer would not move forward until Twitter Inc shows proof that spam bots account for less than five per cent of its total users, hours after suggesting he could seek a lower price for the company.

Today is an important milestone in delivering a world-class new National Maternity Hospital for women and babies. Cabinet approval of the legal framework ensures all legally permissible services will be available. We'll work now to get this vital hospital built. pic.twitter.com/sTvT8qaYpt

A number of commenters expressed doubts over the legitimacy of the number of likes and retweets Minister Donnelly's post received:

Hey Stephen, great to see you have so many fans to retweet this 200 times in 15 mins! Exotic looking friends too

How much for a retweet, Minister? The aul patreon isn’t working out.

In a statement on the matter, the Department of Health said: "Neither the Department nor the Minister have paid for any promotional activity in relation to his social media accounts.