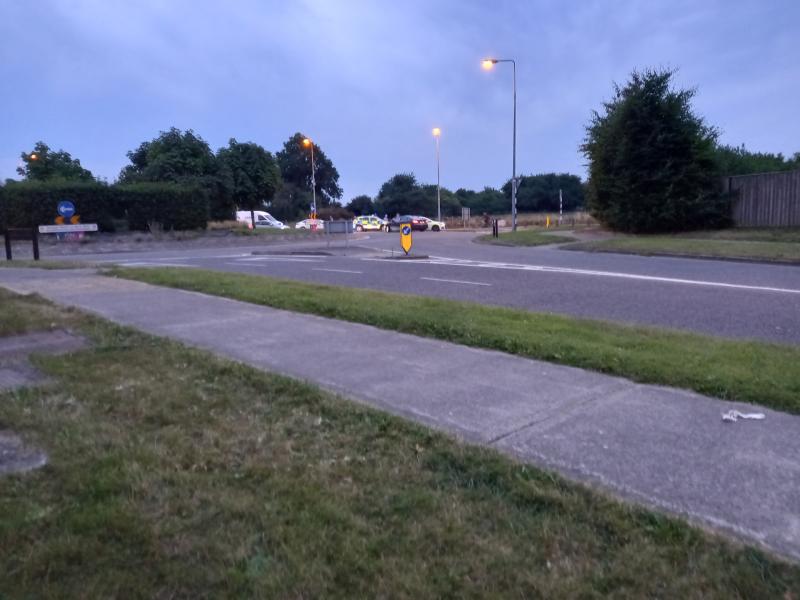 At least one man was detained after gardaí made a dramatic intervention in Naas last evening.

Five vehicles, including two unmarked cars and a garda van, were involved in the incident.

Uniformed and plain clothes officers went to the scene at around 9pm.

The operation saw garda vehicles take two different routes in an apparent bid to ensure that the entire area, between Kilcullen Road and Ballymore Eustace Road, was covered.

A man was bundled into the back of the garda van during the incident which lasted about ten minutes. It was not immediately clear if more than one person was detained.

Part of the ring road leading to the scene from Kilcullen Road was blocked off by one of the garda vehicles for the duration of the operation.

There was no response to a request for comment from the Garda Press Office.