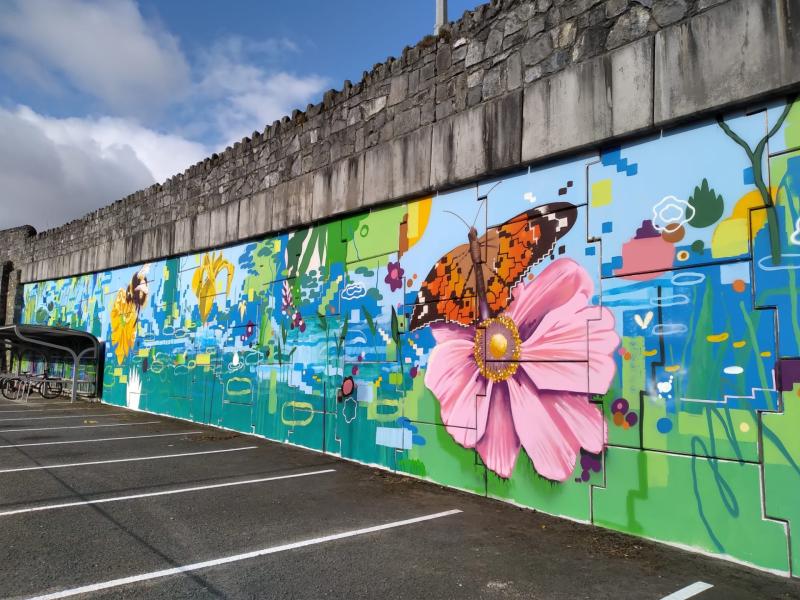 A 'strong, visual message of biodiversity' is now on display at Sallins and Naas Railway station.

The art piece, created by artist James Kirwan, reflects the work of planting and growth of essential pollinators carried out by Sallins Tidy Towns volunteers, within the station area.

Spanning a wall area of 36 metres long within the station’s car park, James’s design includes a willow tree (Sallins or 'Na Sollain' in Irish means The Willows), a butterfly, water lilies, reeds, yellow flag iris, meadowsweet flowers, along with abstractions representing other colours of the important plant life which can be found near the water and canal in Sallins.

James said he considered it 'an honour' to paint at Sallins Train Station.

He added: "The project was managed very well and well received by all the locals I met while working there. 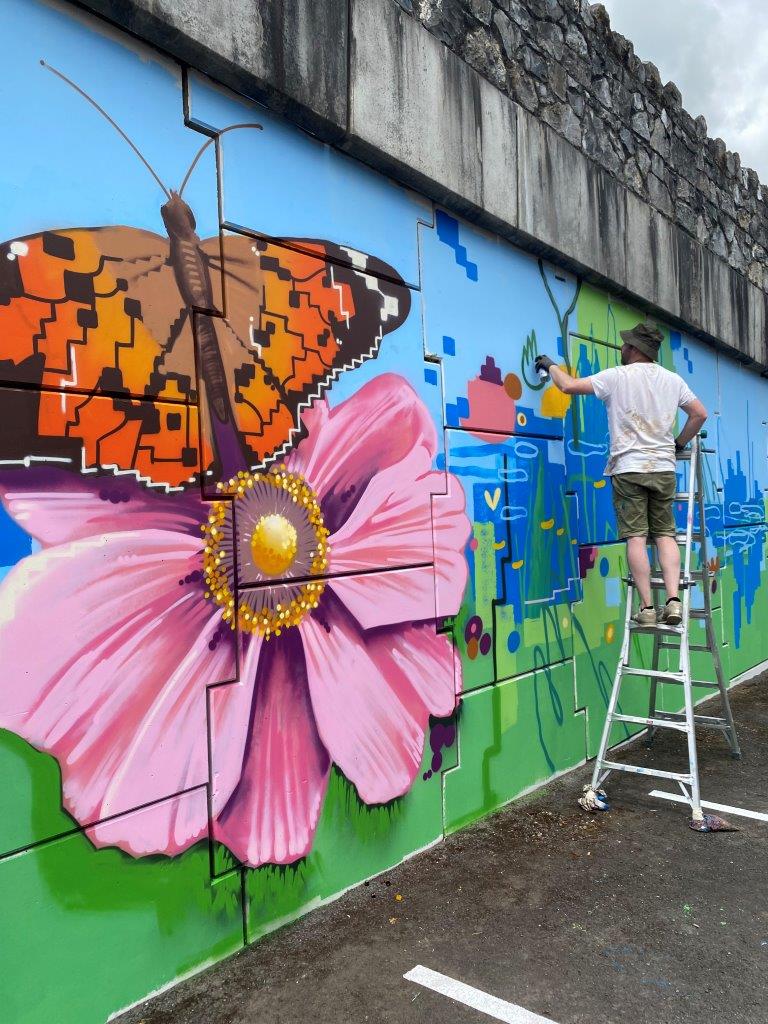 "I was asked to include specific elements to the mural, such as the nature found in the near by canal and also pollinators; it was lovely to see so many bees and butterflies feeding from the many flowers at the train station.

"I used my design as a guide but improvised many of the forms, textures and colours during the act of painting the mural, as is often the case when I paint such big walls.

"I would like to thank everyone involved in making this project happen and I hope it can be enjoyed by the local community and people who use the train station for years to come," James concluded.

Commenting on Jame's piece, Iarnród Éireann district manager, Paul Stanley said: "James’ art brings such colour to the station and will do so to our customers’ journeys only.

"Not only does it reflect the biodiversity which Sallins Tidy Town volunteers have worked so hard to promote and protect, it reflects the wider biodiversity we see along our rail network, and particularly in areas such as Sallins where the shared environment and heritage with the canal is of such importance.

"We are also grateful to councillor Bill Clear who was instrumental in working with Sallins Tidy Towns and liaising with Kildare County Council."