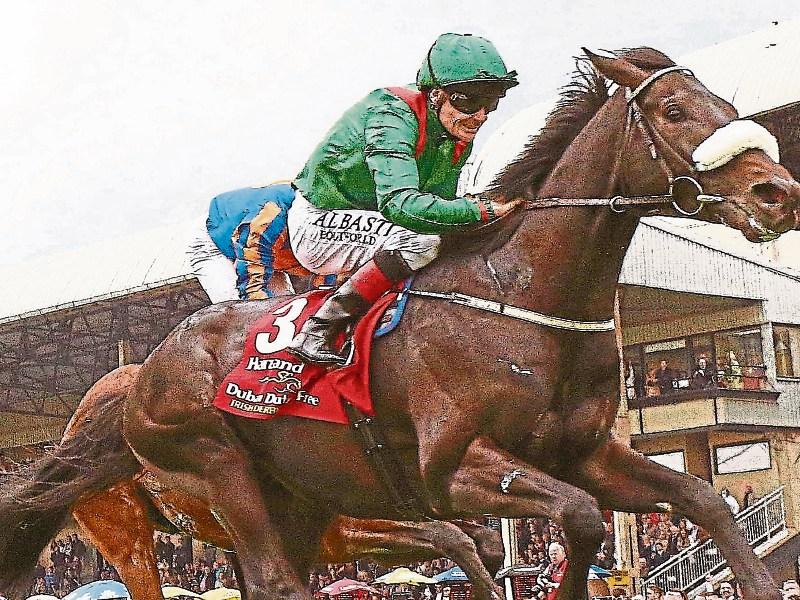 In fact, just the one English-trained horse has won Ireland’s premier Classic in the last 20 years, which seems astonishing. That fact is even more bizarre given the record of the overseas party in the great race not that long ago.

During a six year period in the late 1980s and early 1990s, the English simply dominated our Derby.

Some say it’s impossible to do a five-in-a-row in sport, but, from 1986 to 1991, they went one better when winning six consecutive renewals of our biggest Classic.

Those six horses weren’t bad either. Shahrastani, which had won at Epsom, doubled up in the Irish version before Sir Harry Lewis won the first ever Budweiser-sponsored Irish Derby for John Reid.

In 1988, it was Kahyasi’s turn to double up from his Epsom triumph and he managed to defy odds-on favouritism despite sustaining a leg injury mid-race.

One of the best winners of the Irish Derby was Old Vic in 1989, which was a rare French Derby winner to follow up at Irish headquarters.

He also gave Steve Cauthen one of his three Irish Classic victories in the process too.

The 1990 renewal saw the rare occurrence of the Epsom Oaks and Derby winners lock horns, and 90 years on from the previous filly to win the Irish Classic, Salsabil brought some girl power to the Curragh when beating the colts.

The following year brought plenty of anticipation when the winners of the French and English Derbies in Suave Dancer and Generous clashed in one of the greatest renewals of the Irish Derby.

After a ferocious battle, Generous came out on top in one of the most memorable Irish Classics ever run.

Only for Jim Bolger’s St Jovite, who broke the heart of Dr Devious as well as breaking the track record, England would have claimed eight consecutive wins in the Classic when Commander In Chief triumphed the following year.

Cracksman will be the major English hope in this year’s race and with Pat Smullen riding him, he’s got a big chance.

John Gosden was the last English trainer to win the Classic with Jack Hobbs two years ago and, looking at his Epsom run, Cracksman will be a different force entirely around the Curragh. He’s got a huge chance.

As always, Ballydoyle will supply the main dangers to an English-trained winner, and Wings Of Eagles could be Aidan O’Brien’s fifth Epsom Derby winner to add the Irish Classic to his collection. He also looks sure to improve from his Epsom experience too.

Between the dominance of Aidan O’Brien and the lure to step back in distance for stud purposes, the best of the English-trained three-year-olds haven’t been given the opportunity to shine at the Curragh in recent years.

That looks like changing this year, though, and a victory for the raiding party could be just what the Dubai Duty Free Irish Derby needs.