Residents set to object to quarry plan near Naas 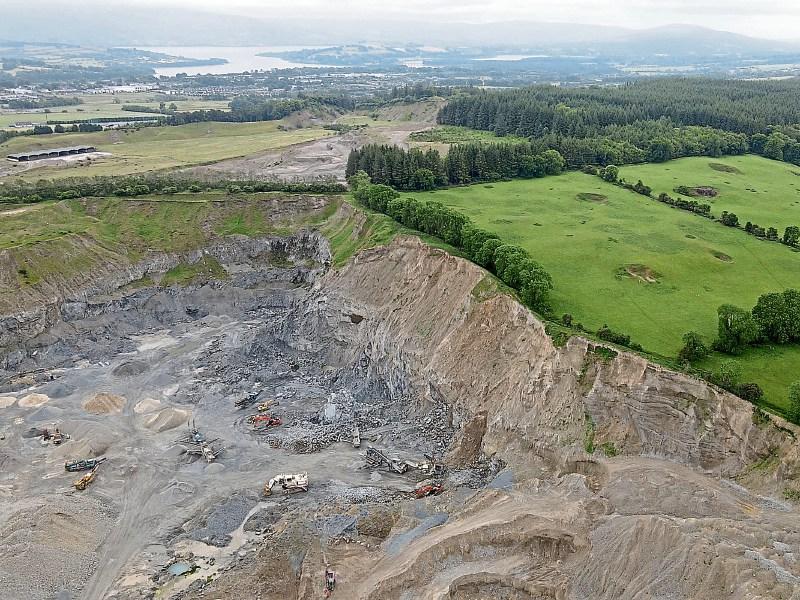 Blessington: Quarrying has taken place in the area for many years

A plan to expand a quarry operation outside Naas on the Kildare- Wicklow border is being opposed by local residents. Hudson Brothers Limited, a long standing  company producing sand gravel and crushed rock is seeking to extend extraction activities over 34 acres.

A locally-based conservation group, Save Kildare Uplands representing residents of  Red Bog, Eadestown, Wolfestown, Athgarrett, Rathmore and Blessington oppose the plan. They claim that the quarry may damage the landscape, the area is not suitable, residents are concerned over a gas line in the area.   They also say the quarry is not sustainable in a  residential area, which also has protected monuments.

“County Kildare has endured more than its fair share of quarries that has destroyed its landscape and should never have been developed  in designated high amenity areas which adds to the initial controversy of Glen Ding (the site of controversial quarrying  some years ago).”

However, Devin Hudson of HBL said that the application relates to  an extension of existing area, which is much larger. He also dismissed concerns about the gas pipeline saying that the company is aware of it and is used to complying  with all safety requirements. He said the application will create no additional traffic and up to 90% of traffic from its operations uses the Blessington-Tallaght route to reach Dublin.

“We are seeking to extend the permission to ensure a seamless continuation of production so that demand can be met.”  He pointed out the company is a  family firm which is more than fifty years old. HBL has 56 employs, apart from 20 self employed contractors and this figure increases as demand dictates. He said while most of its product is aimed at the construction industry, sand has other uses such in  glass and toothpaste. He said it is a finite resource  for which there is a demand. He said two residents nearest the area have no concerns and no quarrying would take place at Red Bog. Submissions to Kildare County Council  must be made by June  30.