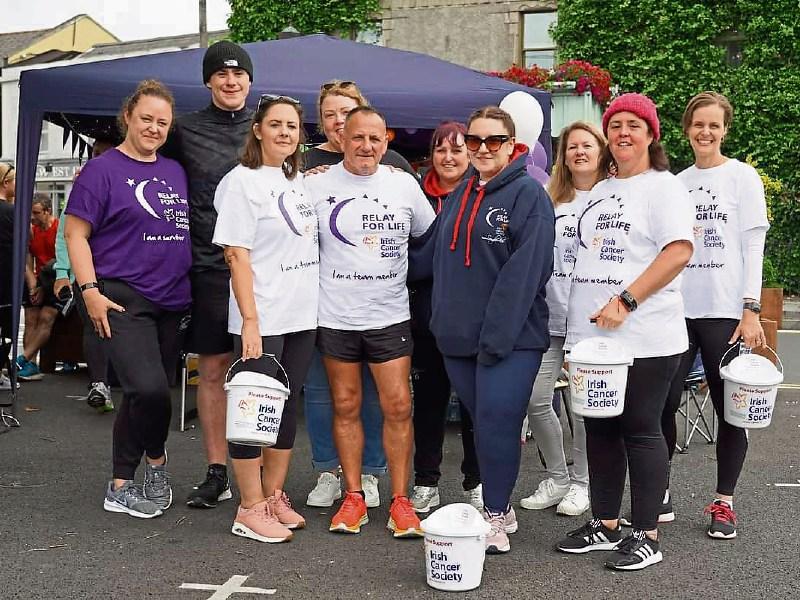 It was the day Le Mans came to Naas.

Naas resident Mick Mulcahy wasn’t trying to emulate the annual endurance motor race in France — his goal was simply to raise money for a great local charitable cause.

Apart from this, he has a pretty impressive military background.

A former member of the elite Army Ranger Wing, he was a trainer in the Cadet School and a chief instructor in the School of Physical Education. He retired from the Defence Forces after a 32 year career in 2018.

Mick was running as part of Team Songbirdies, one of a number of teams participating in the Relay for Life Kildare fundraising effort.

The team, captained by Niamh Curley, were based in Poplar Square, collecting cash and online donations for the event.

“This is not about me,” Mick said when contacted by the Leader.

“It’s about helping a cancer charity and all of us know people, often loved ones, who have had cancer. When someone is going through this, they don’t get to take a break.

“Every cent raised will go to the cause through the Irish Cancer Society, which gets only 2% of what it needs to spend from the government.

“The last two relays had to be virtual events and money has to be raised.”

The idea for this most unusual and challenging of events came from his friendship with Niamh Curley, a singer in the Newbridge Gospel Choir, whose number include Lisa Nagle. They all became friends through communal training and Mick, a native of Killaloe, County Clare, lost both his parents to cancer.

The feat wasn’t going to be easy but he had support from a quartet of Niamh, his partner Maeve Aldridge, Elaine Hayes and Gill O’Mahony.

Sure enough he encountered a few problems, principally calf injuries and one needed some treatment including reflexology along the route.

“It wasn’t easy, my calves sort of packed in, but we got through it,” he said.

And before the event concluded a minute’s silence was observed in Poplar Square in remembrance of those who have passed because of cancer.

Keen to deflect attention away from himself, he said “I did no more than anyone else, it was about raising money and I had outstanding support.

But Mick Mulcahy’s endurance run was quite the feat.