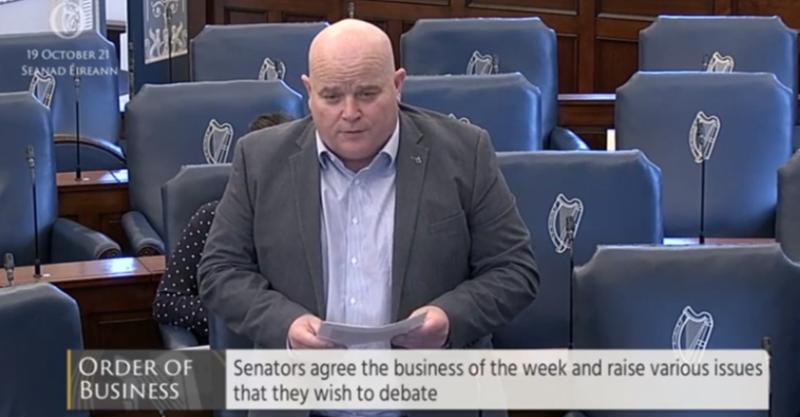 A Senator has joined a Maynooth University professor in urging the Irish govt to conduct a review on how the National Asset Management Agency (NAMA) can assist the housing crisis.

Labour politician Mark Wall recently told the Seanad: "In asking for a debate, I want to reference an interview I heard recently on my local radio station, KFM, on my way to the House."

"Professor Rory Hearne of Maynooth University was interviewed about an article he had written about NAMA the previous day in the Irish Examiner: he called for an urgent review from a social and economic perspective of what NAMA does and how it contributes to the State from that point of view."

"I join him in that call; some headlines from what he said refer to the fact that NAMA has €1.2 billion in funding reserves and 577 h.a. of residential development land."

"Professor Hearne stated NAMA could be directed to provide 4,000 cost rental and 4,000 affordable homes a year. Given the crisis, and I totally agree with him.

"We cannot ignore what NAMA is doing and could do: too many families in the State are continuing to cry out for housing and are in need of help."

Following the debate , Senator Wall elaborated: "I continue to receive calls from desperate families seeking a roof over their heads."

"I continue to deal with those who are working and cannot get a mortgage to provide a family home, these figures are an eye opener and should be such for the Minister for housing."

"We cannot sell potential family homes on the open market when the housing waiting list in Kildare and all over the country is growing... it is time we relooked at what NAMA does and how it can help this crisis," he concluded.

Earlier this morning, Dr Rory Hearne expanded on his views on NAMA to the Leinster Leader.

He explained: "The disagraceful thing has been that NAMA has sold enough land to build 81,000 homes yet just 8 per cent of that land has been built on!"

"It has sold land to investor funds that they have hoarded - which actually runs contrary to NAMA's own legislative basis- the NAMA Act 2009 which states NAMA should not distort the land market."

Dr Hearne added that it is his belief that NAMA is potentially evicting people into homelessness.

The full article featuring Dr Hearne's views, including his proposed reform of the organisation's social mandate, can be viewed here.

In related news, Senator Mark Wall hit out at the presence of illegal dumping in Kildare in the Seanad.