'It's time to bring Ireland into the 21st Century': Kildare Senator wants change in law for surviving cohabitants 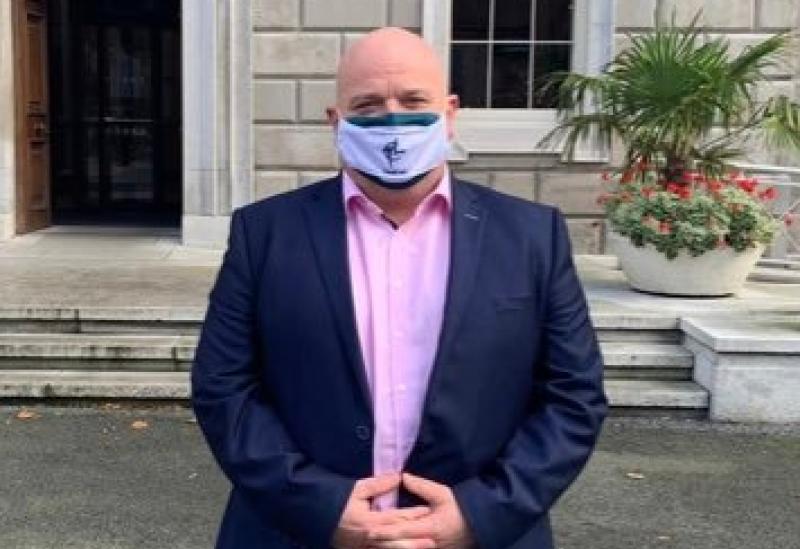 A Kildare Senator is set to introduce his third bill into the Seanad soon: one which seeks a change in the law so that a surviving cohabitant is eligible for a widow/widower’s contributory pension.

Senator Mark Wall recently revealed that The Labour Party is also circulating a Dáil motion asking for the support of all TDs for a change in the law.

He added that his party intend to write to the Minister for Social Protection Heather Humphreys asking her to table amendments to the upcoming Social Welfare Bill.

The demand for the legal change comes shortly after Labour Leader Alan Kelly raised the case of a constituent, John O’ Meara and his deceased partner Michelle Batey, in the Dáil.

Launching the bill, Senator Wall said: "The concept of family has changed and it's time to bring Ireland into the 21st century; We want all families to be treated fairly whether they are married or not."

"This issue is experienced by a huge number of people in Ireland: the 2016 census showed that there are over 75,000 cohabiting couples in Ireland with child dependents – a figure that is likely to be even greater at the next census."

The Athy politician continued: "If a couple is cohabiting the Department of Social Protection will assess both of their means when carrying out a means test for a social assistance payment like job seekers allowance or carer’s allowance.

"It doesn’t provide any guarantee to contributory social protection payments like the widowers’ pension when one of them dies."

Speaking on the case of Mr O' Meara, Senator Wall explained: "He is a self-employed agri-plant contractor with three young children with his partner Michelle Batey who was 42, from Nenagh and worked with AIB."

"John and Michelle had planned to get married after she had recovered from breast cancer in 2018, but she sadly died in early 2021 after contracting Covid-19, and because they weren’t married, he wasn’t entitled to a survivor’s pension or other payments, like the €8,000 grant provided to a widower with dependent children after the death of a married partner."

"Despite having worked all their lives and paid taxes and PRSI John wasn’t entitled to these payments... this is unfair and discriminatory."

He elaborated: "Cohabiting also has an impact on lots of State payments and supports – not just social welfare payments – medical cards, mature students going back to college, and many more examples.

"A cohabiting couple can’t claim or transfer unused tax credits between themselves and there can also be an inheritance tax burden when a partner dies."

"For the assessment of eligibility for social welfare payments a cohabiting couple is treated as together for income assessment - the same as married couples, but not if one of them dies."

Senator Wall went on to outline how "some laws don’t discriminate," pointing to the Affordable Housing Acts as an example of a law that provides for equal treatment for cohabiting couples to qualify for the purchase of an affordable dwelling if they plan to live together.

He added: "Cohabitation is recognised for some laws but not for others."

"It’s time the law caught up with modern family life; the Citizens Assembly has called for Article 41 of the Constitution to be amended to protect private and family life not limited to the marital family."

Last week, Senator Wall made headlines after he claimed that the Irish government has a 'lack of will' when it comes to rail fares.