Carzone, Ireland’s ultimate motoring marketplace, has put together a list of the Top 5 James Bond Cars of all time.

TAP NEXT/PREV BUTTONS ABOVE TO SEE THE TOP 5 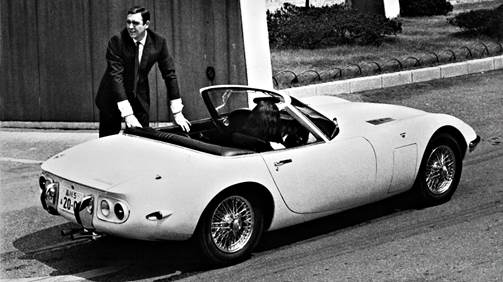 Films: You Only Live Twice

Originally set to be a hard top, the Toyota 2000GT had to be converted in order to accommodate Sean Connery’s height. This car was cool before it became a Bond car, but the spy film series found a rather unique place in the Japanese sports car’s history.