Munster Rugby name much-changed side for Scarlets clash in URC 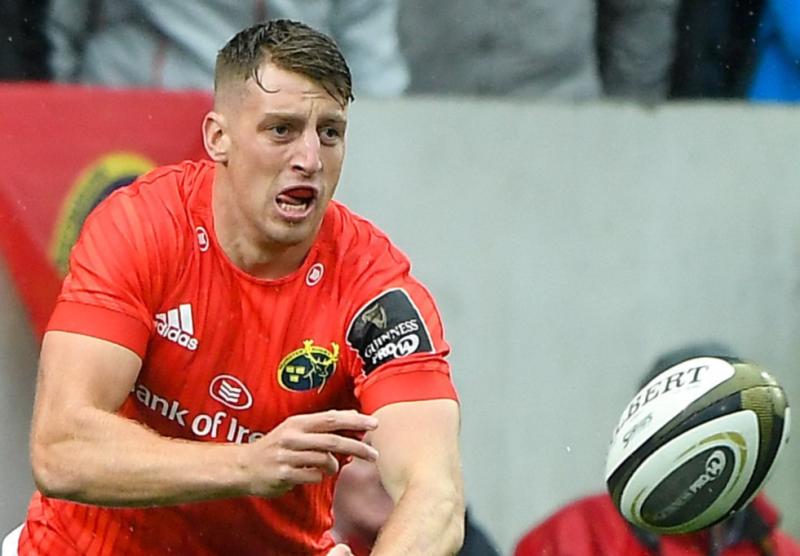 THE Munster team has been named for Sunday’s United Rugby Championship clash against Scarlets in Wales, 2pm, live RTE2 and Premier Sports.

There are 11 changes to the Munster side that secured a bonus-point victory against the DHL Stormers as the early-season squad rotation continues.

Jack O’Donoghue captains Munster and is one of four players retained along with Calvin Nash, Shane Daly and Fineen Wycherley.

Matt Gallagher, Liam Coombes, who scored two tries for Garryowen FC in the All-Ireland League last weekend, and Neil Cronin, who was also involved in that game with Dublin University, make their first appearances of the season in the backline.

Gallagher starts at full-back as Nash and Daly keep their places on either flank.

Dan Goggin and Coombes partner up in the centres with Cronin and Healy in the half-backs.

Loughman, Barron and Archer pack down in the front row.

Ahern and Wycherley start in the engine room as captain O’Donoghue, Cloete and O’Sullivan complete the starting XV.

In injury news, Jason Jenkins sustained a thigh injury in training this week and is awaiting a scan.

Rowan Osborne is also unavailable having sustained a concussion and will follow the return-to-play protocols under the supervision of the medical department.

Keynan Knox has presented with a low-grade hip injury following last week’s win over Stormers which will be managed with the medical department.