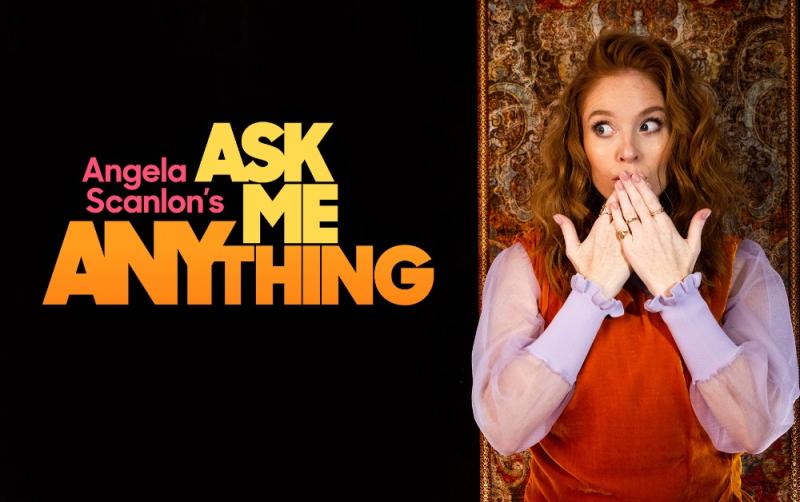 REVEALED: Stellar line-up to be asked anything by Angela Scanlon tomorrow night

Ask Me Anything returns to our screens tomorrow night on RTÉ One with a stellar line-up of guests ready to be asked anything by Irish broadcaster Angela Scanlon.

Actress, author, and the 'uncrowned queen of Ireland' Amy Huberman speaks to Angela about the realisation that she's been mispronouncing her own surname; her fear of high heels post lockdown; her Irish twins Phoebe (fur baby) and Ted (real baby); and the pressure of entertaining a Bond girl (Jane Seymour) on a rainy beach in Wexford.

News correspondent and author Richard Chambers reveals his penchant for robes; the Twitter feud that led to getting blocked by Bryan McFadden; and how a photo caption about the newly formed, socially distanced government gained Richard an unlikely fan in the shape of 90s pop legend Whigfield.

Former Welsh rugby player and HIV activist Gareth Thomas speaks to Angela about his 'sole' mate Christian Louboutin; how we all just want to be judged on our ability; and how, even with a broken arm, he learned to play the harp.

Angela will bring her unique mix of energy, banter, and humour to this one-hour show featuring surprises and unexpected revelations for the celebrity guests, as they all agree to be asked, absolutely anything.

The second episode of the new talk-show broadcasts on RTÉ One at 9.55pm, so spend your Saturday night in with Angela this weekend.