WATCH: Young activists are protesting in Glasgow to demand action from world leaders 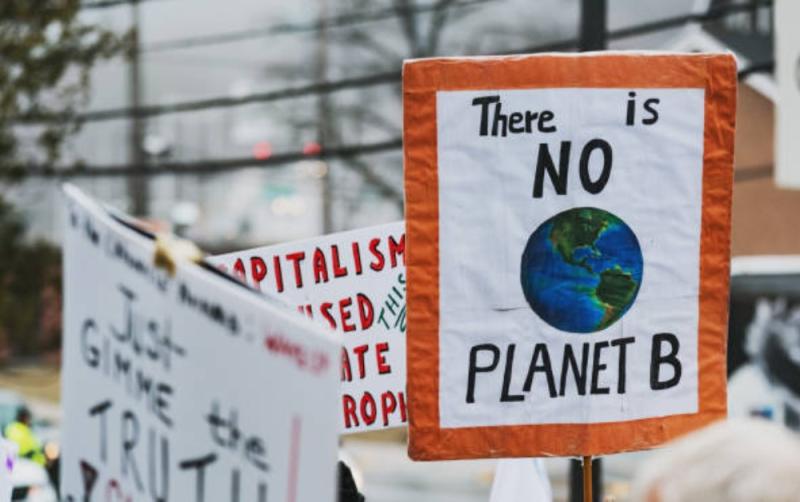 Young activists are taking to the streets of Glasgow to demand action from world leaders (Image: iStock)

Thousands of young people are taking to the streets of Glasgow today to demand action on Climate Change and ensure world leaders are listening.

'Keep the oil in the ground' and 'the people united will never be defeated' are two of many chants being heard in Glasgow this morning.

The march was organized by the youth-led climate movement, Fridays for Future, Scotland.

Swedish activist, Greta Thunberg will join the march and will make a speech about the importance of tackling climate change.

The 18-year-old has described COP26 as a 'Global north greenwash festival' and is the most 'excluding COP ever'.

#COP26 has been named the must excluding COP ever.

This is no longer a climate conference.

This is a Global North greenwash festival.

A two week celebration of business as usual and blah blah blah.

Recently, she penned an open letter to world leaders and said 'young people around the world are describing our governments' failure to cut carbon emissions as betrayal'.

One protester named Eric told Glasgow Live that he was fortunate to have the opportunity to travel for the protest today.

"A lot of people around the world are suffering and they need action very quickly." he added.

Today marks Day 5 of the UN Climate Change Conference of the Parties (COP26).

The day is aimed at 'youth and public empowerment'.

COY16, the UN Climate Change Conference of Youth, is in attendance at COP26 today.

The Global Youth Statement is a policy document including demands, compromises, and suggestions for world leaders from the youth and was presented to COP president Mr. Alok Sharma today.

They hope it will be taken into account when decisions are made.

More than 1,700,000 people have signed the Emergency Appeal for Climate Action here

Attendees at the march in Glasgow:

Best day in Glasgow: #NoMoreBlahBlahBlah but People power! Thank you every one for organising this march, all the surrounding protests and this whole movement for true climate justice

We are unstoppable! No greenwashed #COP26 will ever defeat usus! pic.twitter.com/Jz1jo6uRnW

What a sight. Thousands and thousands of young people about to march through Glasgow calling for climate justice at #COP26#FridaysForFuture pic.twitter.com/rGaZc4uuml