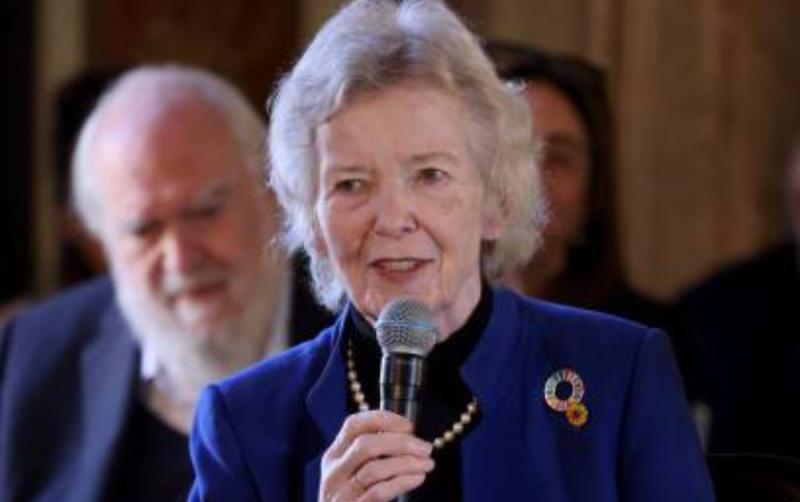 Mary Robinson has hit out at world leaders who are not in 'crisis mode' and are not doing enough to tackle the current climate crisis.

She spoke in an emotional interview with Sky News and said: "It is so important. We are talking about having a safe future."

It was in response to the Climate Action Tracker revealing that the world is heading for 2.4c of global warming which is beyond the 1.5c countries were committing to.

The UK's Met Office previously warned that a billion people could be affected by heat and humidity if global warming temperatures soar past 2 degrees.

Ms. Robinson is chair of the independent group of global leaders called The Elders and said they are pressing current world leaders to understand the current crisis.

"You can't negotiate with science, you can't talk about a glass being half full. We have to get it down and we have to be on track for 1.5c. It is doable." she added.

The former president of Ireland said it was 'time to call out' certain countries who are not taking climate change seriously and specifically mentioned Russia, China, Brazil, and Australia.

She said Australia is still in 'fossil fuel mode' and not 'crisis mode'.

She said Saudi Arabia is 'playing dirty games' by 'taking the language out of the text' and are able to do so because 'not enough countries are in the room'.

"They have taken the language out of youth, human rights, and gender equality. Saudi Arabia is always there when it matters and they block things." added Ms. Robinson.

An emotional Mary Robinson, Chair of @TheElders and former President of Ireland slams leaders for not being in crisis mode and blames Saudi Arabia for blocking @skynews #COP26 Today will be very important. pic.twitter.com/BxEcXzGptg