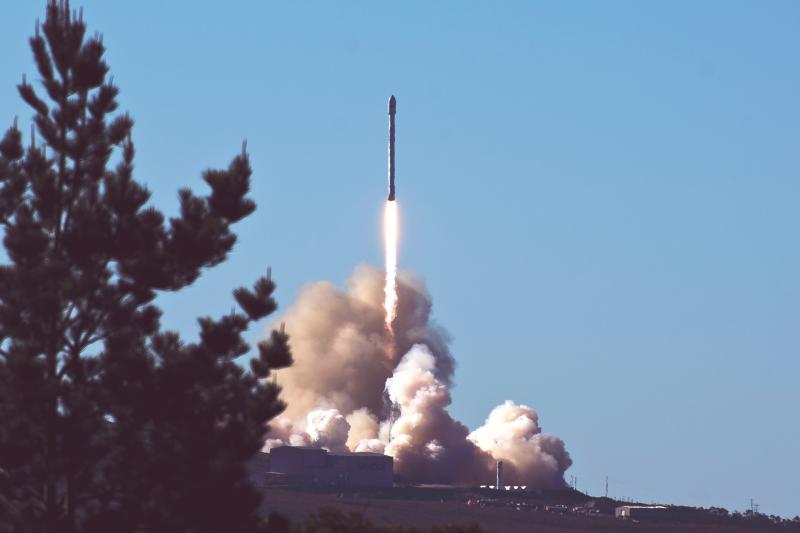 The DART lifted off at 1.21am Pacific Time yesterday on board a SpaceX rocket from Vandenberg Space Force Base.

A NASA mission to deliberately crash a spacecraft into an asteroid to demonstrate the world's first planetary defence system, lifted off from its base at Vandenberg Space Force Base in California on Tuesday night.

The Double Asteroid Redirection Test (DART) spacecraft carried aboard a SpaceX-owned Falcon 9 rocket blasted off with a plan to crash into a "moonlet" called Dimorphos, which is approximately the size of two Statues of Liberty, and slightly alter its trajectory.

If successful, Nasa and other space agencies will be able to deflect an asteroid that is heading towards Earth and avert its impact.

Asteroid Dimorphos: we're coming for you!

Riding a @SpaceX Falcon 9 rocket, our #DARTMission blasted off at 1:21am EST (06:21 UTC), launching the world's first mission to test asteroid-deflecting technology. pic.twitter.com/FRj1hMyzgH

The DART, which is about the size of a small car, was released from the booster minutes after its launch to begin its 10-month journey into deep space, an approximate 11m kilometres from Earth.

The asteroid being targeted by DART poses no threat to Earth and is tiny compared to the Chicxulub asteroid that hit Earth 66m years ago, wiping out the dinosaurs. However, scientists say smaller asteroids are more common and are far more likely to pose a greater theoretical danger to Earth.

The Dimorphos moonlet is one of the smallest astronomical objects to receive a permanent name and is one of 27,500 known asteroids of all sizes near Earth.

The impact is expected to take place between September and October in 2022, when the binary asteroid system is at its nearest point to the Earth.

Nasa has estimated the entire cost of the DART project at $330m, which is surprisingly well below many of the space agency's most ambitious missions.