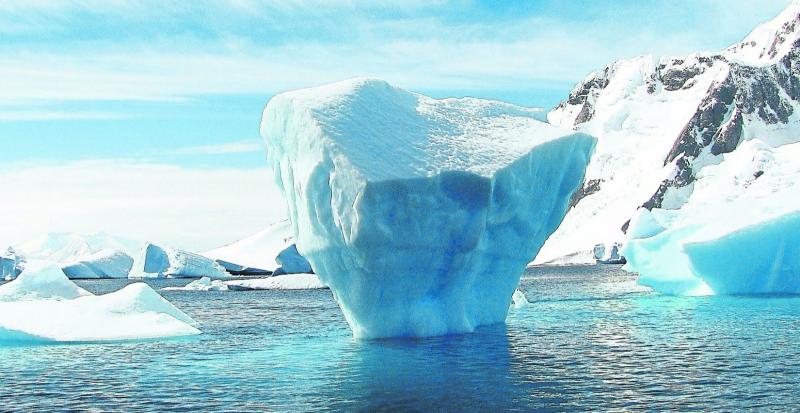 There is always something! Setting aside some money for unforeseen circumstances is just smart planning

There’s a concept known as the Iceberg Cost, which gets its name from an iceberg, where the total cost of something might not be evident at first.

There’s an additional cost below the surface, that we hadn’t planned for or thought existed.

When it comes to our finances, it’s those unseen or perhaps unplanned for costs, which can be a reason why our finances aren’t in the shape we’d like them to be.

I’ll circle back to that in a moment but before I do, there is a rule known as the 15/85 rule which explains the Iceberg Cost theory very well.

The rule argues that the cost of making some products accounts for just 15% of the price the consumer ends up paying. The remaining 85% is made up of things like development, procurement, testing, inventories, delivery, installation, and maintenance.

From a consumer perspective, the 85% costs are unseen and aren’t an ongoing cost, they are built into the purchase price, which is different to an on-going cost which is directly linked to something we’ve purchased.

And these on-going costs can be minor enough or they can be significant.

Take buying a house as an example because the iceberg costs here can be significant.

The ongoing cost is much more than the monthly mortgage repayment. It’s all those other costs that are unavoidable i.e. home and life insurance, property tax, heating, electricity, broadband, maintenance, decoration etc.

But very often, its these extra costs that can sometimes throw monthly budgeting into chaos, particularly for first time buyers.

They only plan for the mortgage repayment because it’s a known expense, but there are those unknown costs they hadn’t planned for, or put a number alongside, which can throw once healthy monthly surpluses into puzzling deficits.

They are puzzling because they can’t readily identify why they are suddenly running a deficit, and they go off on a tangent looking for the culprit. Is it too many nights out, or too much shopping?

But the culprit is staring them in the face. It’s those iceberg costs they’ve incurred from that one single purchase.

The problem they create for themselves is that they group these costs into an unrelated category i.e. miscellaneous spending.

But they’re not, they’re home expenses and that’s where they live and where they should be allocated to, when reviewing and planning their finances.

Perhaps people don’t plan for those iceberg mortgage costs because in fairness it’s hard to put a number on them, which is why I tell people about my 100/30 rule of thumb which can help.

The premise behind this rule is that the iceberg cost is 30% of the mortgage repayment each month.

So, if your above the water, monthly mortgage repayment is €1,000, plan for below the surface costs of about €300 per month.

I think this might help people plan for and manage their monthly budgeting better each month, because (a) they can forecast with reasonable accuracy what their future outlay will be and (b) they can correctly categorise those iceberg costs and where they should be accounted for.

When I meet people for one-to-one sessions, in advance of meeting me, I ask them to populate what I refer to as a spending planner, which is just an excel doc I created.

And when they do, they’ll see under the heading of home expenses I have categories like mortgage repayment, home insurance, heating, property tax, mortgage protection etc.

I have a separate insurance section which includes health insurance and life assurance but I don’t include mortgage protection, because I believe it’s a home expense cost rather than an insurance cost.

If you don’t know what those additional costs are, or amount to, it’s difficult to know if you are spending too much or if you have wriggle room to borrow more if you ever moved in the future.

And we can apply iceberg costs to many other areas of our finances.

Take buying a car for example.

I read somewhere recently but can’t for the life of me remember who wrote the article, but they advised that the cost of running a car over a 5-year period amounted to about 85% of what the cars sticker price was. And that didn’t include the interest paid if you financed the purchase by way of a lease or loan either.

I guess like anything else, the cost of owning a car is more than the price you paid for it. And it goes without saying but I’ll say it anyway, you need to spend money to use the car and those additional costs can quickly add up.

And it’s not like they’re beneath the water costs either, like mortgage associated costs, they’re in full sight, it’s just people don’t factor them into their budget when deciding how much they’re going to spend and borrow.

Some people just tend to factor in those known costs which could be their monthly car repayment, but of course it’s much more than that.

It’s those additional iceberg costs associated with a single purchase.

And they need to be factored in, otherwise your budget can be turned upside down and you’ve no idea why. The big cost that’s your car repayment could be under control and can’t be the reason why you don’t have as much as you’d like to have left over each month.

But when you add up the other costs, that’s where the blockage could be.

So, it’s important to realise that the price on the windscreen is not what the car is going to end up costing you.

The cost only really begins when you drive it away from the garage you bought it from, which is why it’s so important to work out what the true cost of owning a car will be each month.

And if you ever decided to do a deep dive on your finances and you really wanted to analyse what you spent your money on and where, think about those additional costs lurking beneath the surface are and try put a number on them.

For example, the cost of gaining access to the gym might only be €30 per month, but that could only be a fraction of the cost when you, account for gym clothes, trainers etc.

So, your total annual cost isn’t €360, it’s going to be more like €500 or €600 and that’s fine by the way. Just put a true cost on it and make sure the cost is categorised under hobbies, not clothes.

And you want to be as accurate as you can, but this isn’t something that should consume you either, but before you make a decision to purchase or borrow or take up a new hobby or do whatever, it’s important you get a picture of what the direct and indirect costs will be, that’s all.

You need to put a number on the costs lurking beneath the surface and bring them above water, otherwise what you can’t see or choose not to, could end up hurting you.

Liam Croke is MD of Harmonics Financial Ltd, based in Plassey, Co Limerick. He can be contacted at liam@harmonics.ie or harmonics.ie