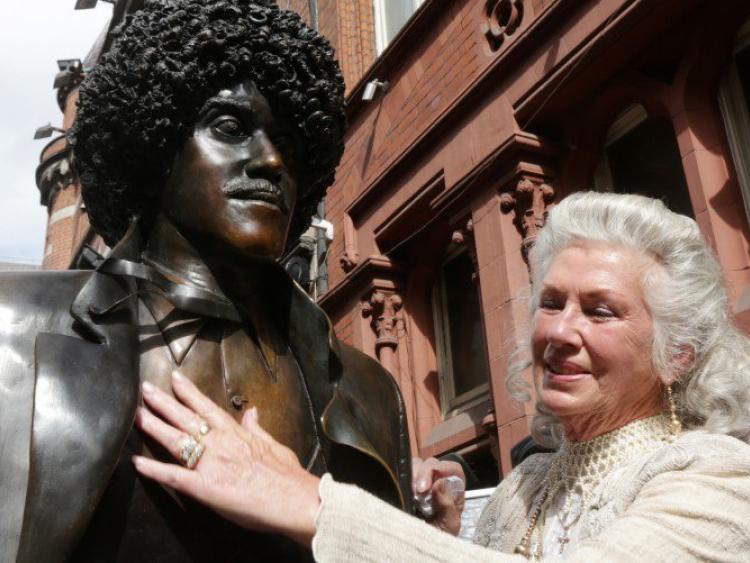 She died on Wednesday morning, Hot Press has confirmed, after battling cancer for the past number of years.

Philomena was the author of the best-selling memoir My Boy, which told the story of Phil Lynott's life from his upbringing in Manchester and Dublin, to his success as the frontman of rock band Thin Lizzy.

"She was a formidable and brilliant woman," Hot Press editor Niall Stokes said. "I am really proud that we were able to participate in telling her remarkable story. Because she was indeed a remarkable woman. “She was hugely determined and courageous – and absolutely committed to the campaign to ensure that Philip’s memory was kept alive and his legacy celebrated."

A statue dedicated to the memory of talented musician Phil Lynott was unveiled on Grafton Street in 2013, 30 years after his untimely death in 1986 aged just 36 years of age.

Meanwhile, the late musician also had links to Co Kildare as his son sculptor Macdaragh Lambe, who was born in 1968 to struggling musician Phil and his mother, was adopted and raised by his loving parents the late Oliver and Martina Lambe from Kildare.

“All my life growing up, people told me I looked like Phil Lynott from Thin Lizzy, so you can imagine what I thought when after my parents died when I was 35. I tracked down the adoption papers and saw my father’s name on the page was ‘Philip’ and his occupation was ‘musican’,” Mr Lambe told the Independent.

Mr Lambe was officially acknowledged as Phil’s son by the Lynnot family some years before his grandmother’s passing on June 12 2019.