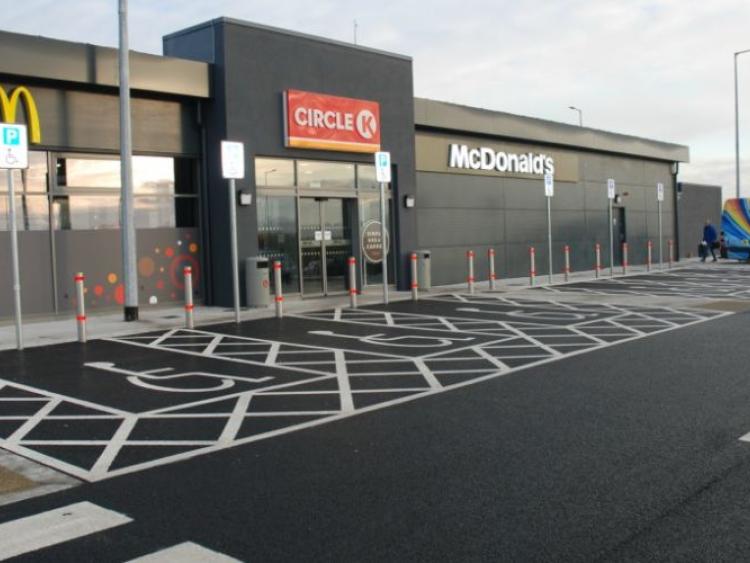 Photo. The newly opened McDonald's at Circle K in Kilcullen.

McDonald's has launched an economic impact report, ‘McDonald’s in Ireland’, highlighting the significant economic contribution of the company in Kildare and in Ireland.

The independent repor looks at the impact McDonald’s has on the Irish economy through employment, supply chain expenditure, the purchase of Irish produce for domestic use and export, and the support for local communities across Ireland.

The report reveals that McDonald’s contributed €7.3 million directly to the local economy in Kildare in 2017, through restaurant activity, employee salaries and its contribution to the national exchequer.

In total, McDonald’s contributed €196 million** directly to the Irish economy.

McDonald’s is one of the largest purchasers of Irish beef by volume, working with over 1,200 farmers in Ireland who supply beef to all McDonald’s restaurants in Ireland. 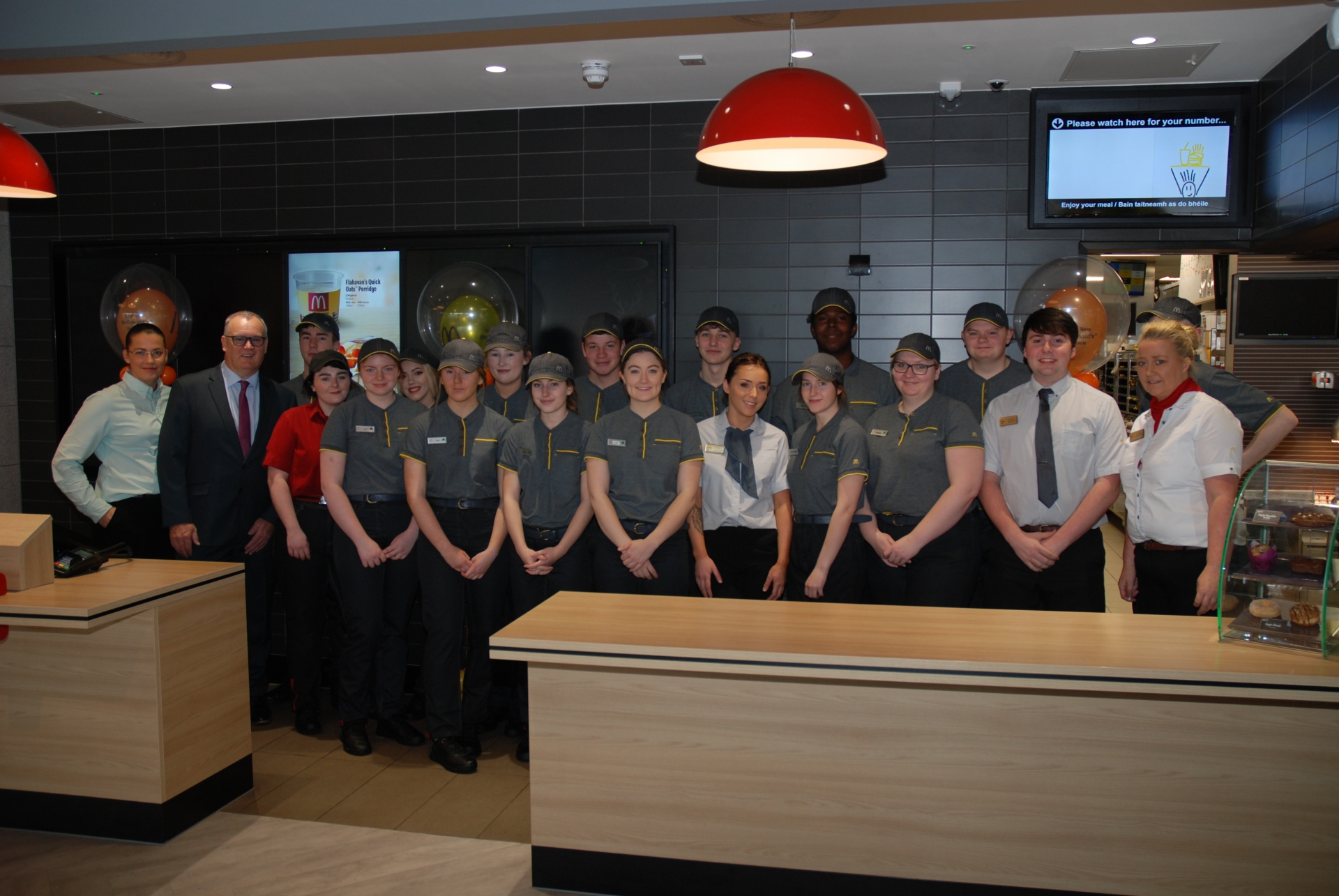 Staff at McDonald's newest premises at Circle K in Kilcullen 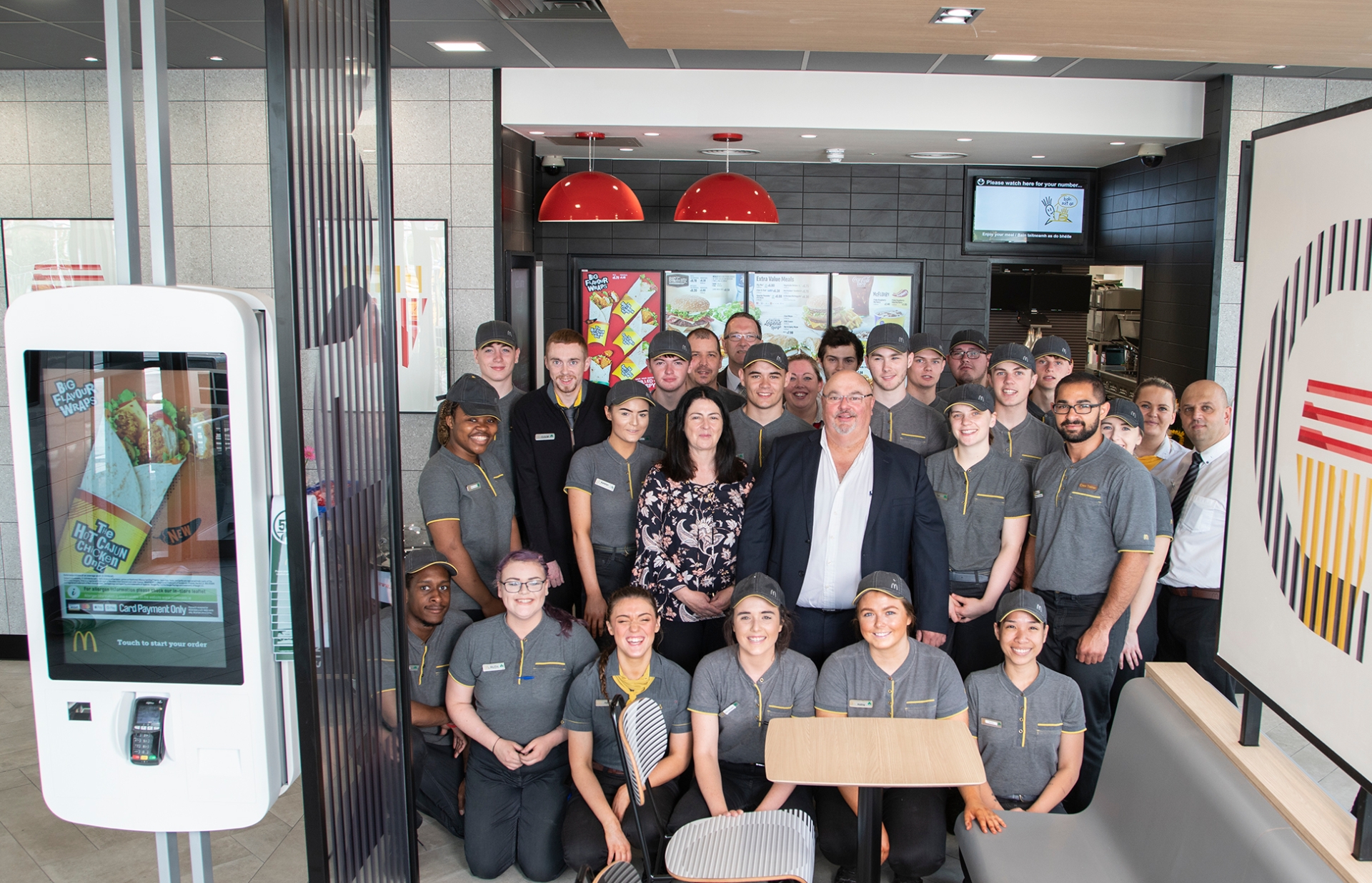 Staff at the newly refurbished McDonalds in Maynooth which now boasts interactive screens and much more!

McDonald’s employs 237 people in its four restaurants in Kildare, supporting local employment in the area. McDonald’s is one of the largest employers in Ireland, with 5,942 people employed in 95 restaurants and its head office.

Young people under the age of 22 represent over 40% of McDonald’s workforce in Ireland, and for many, McDonald’s is their first full-paid job, allowing them to kick-start their careers. McDonald’s operates 95 restaurants across Ireland, serving nearly 150,000 customers each day, by almost 6,000 McDonald’s crew members.

Local McDonald’s franchisee Sean Quirke commented on the impact of McDonald’s in Kildare; “This report highlights the positive impact McDonald’s has in Kildare and indeed on a national scale. While McDonald’s is a global brand, the franchise model means we are a collection of small local businesses who are embedded in our communities. I am proud to support local jobs and the local economy in Kildare and will continue to have an active role in the community.”

Franchisees go above and beyond to give back and champion their local communities. This includes raising funds for The Ronald McDonald House Charities Ireland, participating in local Tidy Towns campaigns, and sponsoring local GAA, Rugby and Soccer clubs across the country, enabling McDonald’s to have a positive impact on communities right across the country.