Mother of Barry and Brian Cowen passes away 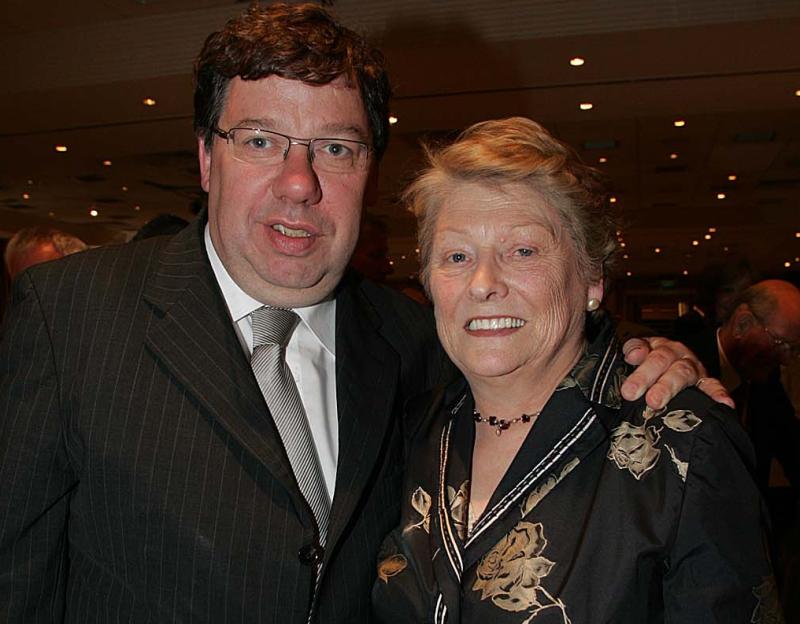 May Cowen, mother of Barry and Brian Cowen has passed away

Mrs Cowen, known to her family as May, had been on kidney dialysis for a number of years.

In addition to Fianna Fail TD Barry and his older brother Brian, Mrs Cowen is survived by another son Christy, who runs a public house in Clara.

Mrs Cowen was in her 80s and was predeceased by her husband Bernard on 1984.

He was a TD for Laois-Offaly at the time and Brian Cowen was elected in the byelection following his death.

Mrs Cowen, who lived in River Street, Clara, and was formerly Mary Weir, is also survived by two sisters in the US, Patsy Nolan and Nuala Farley.

In an interview with the Sunday Independent in 2017, Barry Cowen recalled advice his mother had given her sons in politics:

A family funeral Mass will take place on Saturday at 12 noon in St Brigid's Church, Clara, followed by burial in the Monastery Cemetery, Clara.

The funeral will be available for viewing on the St Brigid's Church YouTube channel and the family said people are welcome to stand outside the church or along the route to the cemetery.

Donations can be made to the dialysis unit at the regional hospital in Tullamore.