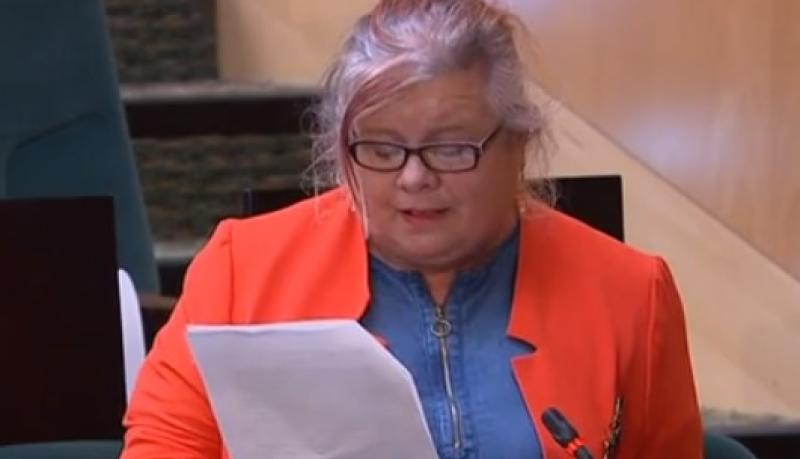 A Kildare TD has publicly expressed their support for her party's new Housing Bill, just after it passed its first stage in Dáil Éireann.

Patricia Ryan, who is also Sinn Féin's spokesperson for Older People, initiated the Housing (Adaptation Grant for People with a Disability) Bill 2021, along with her colleague, Pauline Tully TD.

She said that the Bill is vital that people with a disability, as well as older people, receive a timely decision on their housing adaptation grant application in order to enable them "to live as independent and valued members within their community.£

Ms Ryan explained: "The purpose of this bill is to ensure that local authorities administering the housing adaptation grant for people with a disability shall as far as its practical, process applications for the grant within a period of not more than four weeks from the date of receipt of the application."

"I am bringing the bill forward as I have been made aware that many disabled people and older people require adaptations made to their home as a result of an accident or an illness and often are unable to live in their own homes until the required works are carried out."

Kildare Deputy: Arranging treatment for those suffering from eating disorders must be improved

She continued: "Regularly this requires an extended stay in hospital or having to relocate to a nursing home for a period of time which can be costly on the person themselves and their families.

As well as placing an additional cost on the state from the extended stay in hospital, it also takes up hospital beds that other people are waiting on.

In Naas General Hospital, for example, during the period of January to September 2019 there was an average of 20.5 delayed discharges per month."

The Kildare South representative added: "I am aware that the lack of contractors and the additional costs of construction material is having an additional and adverse impact on this grant and I'm hoping that Budget 22 will address this and see the grant increased to meet these additional costs.

Many people who have made an application for this grant have been forced to wait months for approval.

I recently helped to bring to a successful conclusion two applications which were waiting over two years. This is unacceptable."

She further explained that she feels that the pandemic has increased waiting times, and referred to this development as, once again, being "unacceptable."

"This is again having an unfair and disproportionate impact on older people and disabled people; this needs to be addressed urgently."

"Many people are struggling on a day to day basis and something like a stair lift or a level access shower could make such a difference: people need to be enabled to live an independent life."

Ms Ryan concluded: "We need to do better to ensure older people have the option to age in place."

Patricia Ryan TD has also given her support towards a Newbridge citizen who has publicly expressed her frustration at the excessive level of mould in her home, which she received from Kildare County Council four years ago.