Eileen Grace with Sonny O'Brien (7) at the launch this morning. Picture: Conor Healy

From transporting priests in helicopters to sending letters to his daughter's dog, and flinging soda bread slices onto the roof of his wife's car, Brendan Grace certainly lived a life full of mischief and fun.

His wife Eileen told this morning's launch of the new exhibition - Brendan Grace and Bottler, The Liberty Boys - about her much loved late husband's legacy.

Featuring costumes from some of his most famous characters including Bottler, Father of the Bride and Fr Ted's Fintan Stack, the Newbridge Silverware's Museum of Style Icons display is dedicated to the legendary comedian and entertainer. It is open to the public free of charge until the Spring.

Compare for the morning, Aileen O'Brien of O'Brien PR introduced young Bottler, Sonny O'Brien (7) who hails from Newbridge. The Scoil na Naomh Uilig pupil, who was dressed in the appropriate green and white attire, got a great welcome from Brendan's family and friends.

Aileen explained how the exibition launch was put off three times due to Covid and they were delighted they could finally host the event. Eileen Grace recalled how Brendan visited the museum in Newbridge in 2017/18 with Des Duggan. She said he would like some of his memrobilia to be in a museum.

"So the seed was planted," said Eileen.

She told how, following his death, museum curator, Pauline Doyle helped them sort through his belongings for the exhibition. 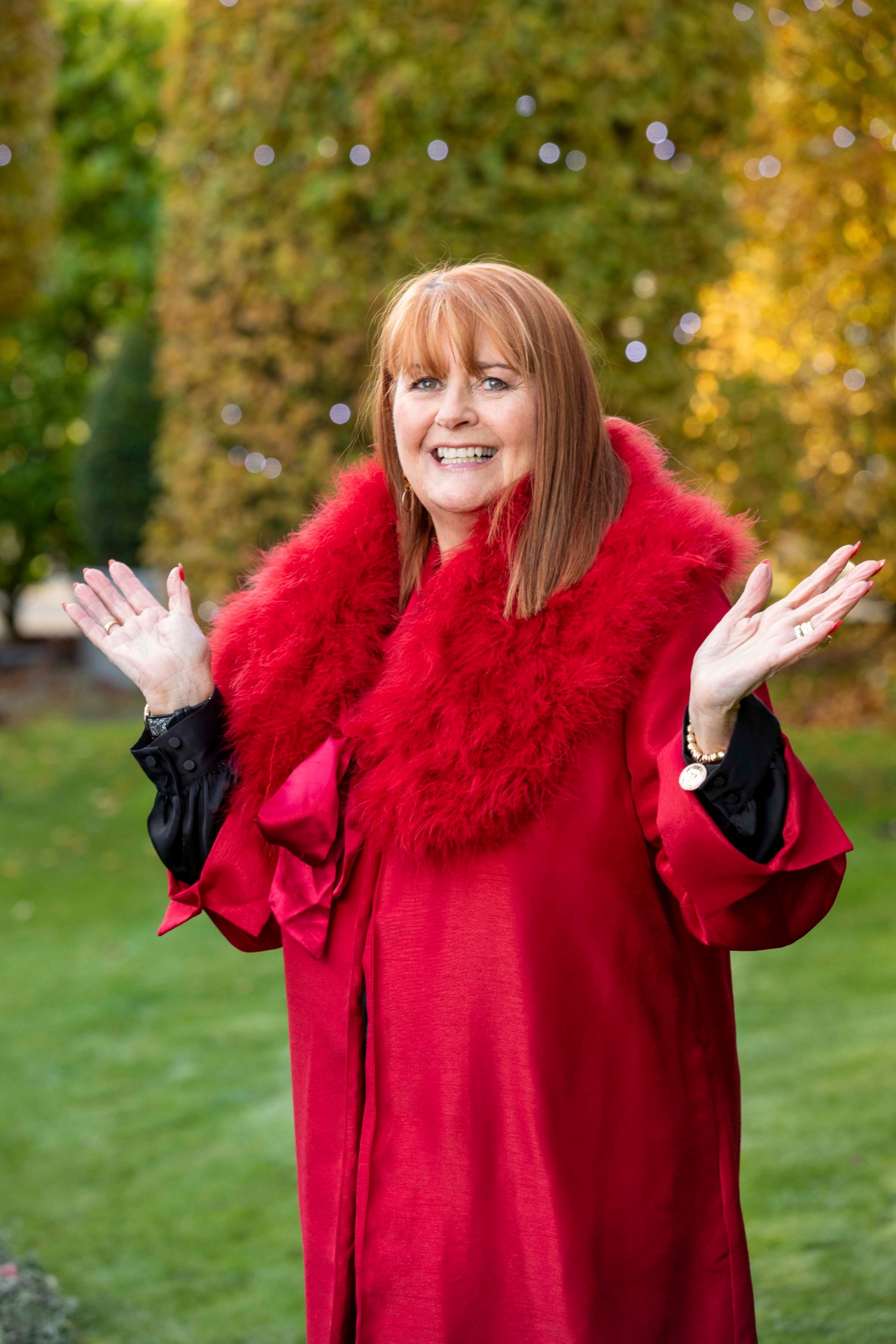 Eileen explained how Brendan's flair for entertainment was nurtured from a very young age. The Theatre Royal was across the road from O'Reilly's pub, where Brendan's dad worked. The young Dubliner took to the stage at age of five with Mickey Rourke. Later he went on to join the Gingermen band which toured Ireland before embarking on a successful comedy career.

Brendan Grace was introduced to a whole new audience when he played Fintan Stack in Fr Ted.

"He didn't think he was good at acting but he was already acting, acting through his comedy," said Eileen.

Eileen recalled how she went on the road with her husband during the last 12 years of his career.

She told how they would be down the country and at times the weather would be terrible.

"I'd be thinking, who is going to go out on a night like that, but the gigs would be packed."

Brendan would stay behind for an hour afterwards signing autographs and meeting fans.

The gathering was informed Brendan loved writing letters and cards. He would always have have a card in his pocket.

"Someone would tell him their dad was a big fan. He would take their dad's name and address and send them a note two or three weeks later," she said.

She said he was also a prankster, recalling how one day he put soda bread all over the roof of her car when she was going to the hairdressers in Killaloe, so the bread would fly off and feed the birds all over the place.

He also sent a letter to his daughter Amanda's dog with a fiver and a note saying 'buy your mam an ice cream'. He also used to send his fellow entertainer, Twink a letter with sweets in the envelope, but they would be melted by the time she'd get them.

Eileen told how they got married in 1974, and Brendan hired a helicopter for 55 pounds to bring the couple and Fr Sean Breen, the racing priest from the church to the reception.

"There were guards and the navy everywhere because the helicopter had been hijacked by the IRA two weeks earlier and we had the same pilot. It took 12 minutes for us to get to Kiltiernan."

The guests arrived one hour and 20 minutes later. The audience were also informed Brendan was good friends with Brendan O'Carroll, who he met while the Mrs Brown's star was chefing. Brendan got on well with him and asked him to go on tour with him.

For many years, the Eileen and Brendan lived between Ireland and America, speding six months in each location.

Eileen said he had great peace and could be himself in America, but there was a huge Irish population in Boston and he was easily recognised there.

The costumes and iconic outfits are just the tip of the iceberg of a 50 year collection.

One of the eye catching items is a Honda 90, which was bought by Amanda for her dad's fiftieth birthday, one similar to the model he used to have when he was 17 to 19. Amanda said; "He loved anything with the smell of diesel off it."

Eileen told the audience that sorting through all Brendan's possessions helped her.

"It brought the grief out of me. I am so proud of this. He would just have loved it."

Aileen said Brendan's jokes never grow old and are classics. She thanked Eileen and all her family, while Eileen acknowledged the support from everyone at the museum.

"We are very proud to be here in Newbridge," she said.