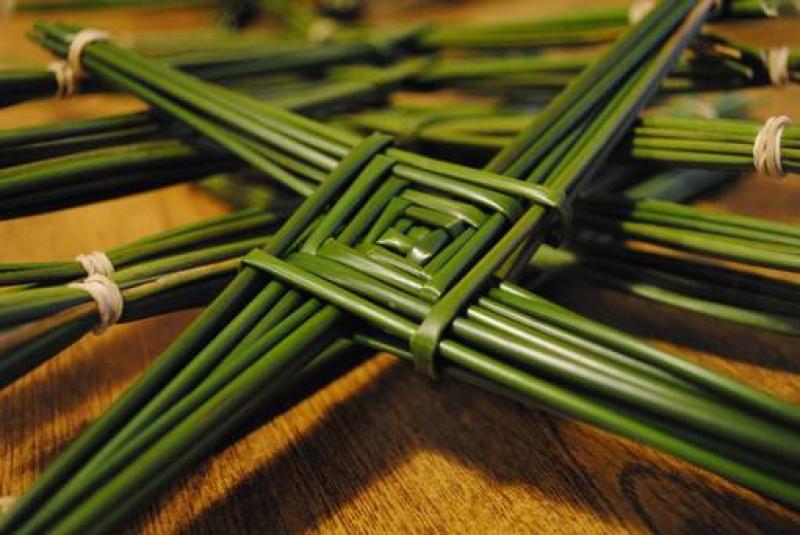 Towns, businesses and households across Kildare are being urged to immerse the county in white light to mark this year’s annual celebrations for Saint Brigid’s Day.

Into Kildare, which is the official tourism body for the county, has confirmed that they plan to illuminate the Hill of Allen again  as part of this year’s festivities to honour Kildare’s patron saint.

Speaking ahead of this year’s festival, Into Kildare's CEO, Áine Mangan, said: "Kildare has a deep-rooted connection with St Brigid which dates back many centuries, so it is fitting that we mark and honour the great work she did for the people of Kildare and indeed, Ireland and it’s a wonderful opportunity for people to get out and explore the county’s rich cultural history."

"We are hosting several events that we hope will educate and  illustrate the breadth of our offering here in Kildare – whether it’s history, the outdoors, food or the arts – there is something for everyone and our celebrations for St Brigid’s Day is a great opportunity for us to highlight this. 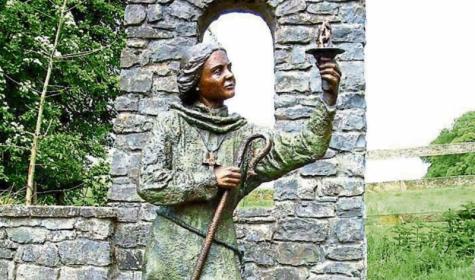 'An air of hope and positivity':

She continued: "We are very excited this year to instill an air of hope and positivity to the people of Kildare lighting up of the Hill of Allen once again to mark the resilience and comradery of the people of our county after what has been a difficult couple of years for us all.

"We hope people will watch the illumination virtually and  join us by lighting their own candle as a beacon of hope for the year ahead", Ms Mangan concluded.

The historic landmark will emit a bright white light from Monday evening, January 31, on the eve of St Brigid’s Day for a number of hours and will remain lit until midnight and will once again light up from 6pm on February 1st until midnight.

Due to current restrictions, there is no access on the evening to ensure public safety.

Members of the public will also be able to view the ‘lighting up’ from their own homes or by logging onto Into Kildare’s Facebook page or visiting the website - www.intokildare.ie .

In addition to this, the group has confirmed that candles will be available to the public from libraries all across the county as they have called on local communities and businesses to come together and shine their own lights to honour St Brigid on the eve of February 1st.

Family events:
A series of family and child friendly orientated events will also take place, including a children’s colouring competition.

Féile Bríde, a week-long festival organised by Solas Bríde, will also be taking place across the week, with a candlelight pilgrimage taking place to St Brigid’s Well on January 31st.

Plans are also in place for a guided walk on the Curragh Plains, and, subject to public health guidelines, both in-person and online workshops on the Traditions and Customs associated with Brigid and Annual Celtic Lecture, as well as a number of musical and cultural events.

St Brigid’s Day traditionally marks the first day of spring in the Northern hemisphere and has been celebrated by Christians all over the world for many centuries.

The much-adored Kildare patron saint was born in the fifth century, and is best known for building a monastery for men and women in Kildare around 470 AD,  pioneering monastic life in ancient Ireland.

Irish missionaries and migrants carried her name and spirit across the world : to this day, pilgrims and visitors come to Kildare from all over the world seeking to walk in Brigid’s footsteps.

Previously, in 2019, the Department of Foreign Affairs announced a worldwide festival to mark St Brigid’s anniversary and celebrate the creativity and talents of Irish women, this is now in its fifth successive year and has received an enthusiastic international response, with over 30 countries around the world participating in 2021.

Meanwhile, Into Kildare has said that preparations are already well underway to mark the 1500-year anniversary of St Brigid’s death in 2024.

PHOTOS: Major Kildare road to be closed until further notice after crash