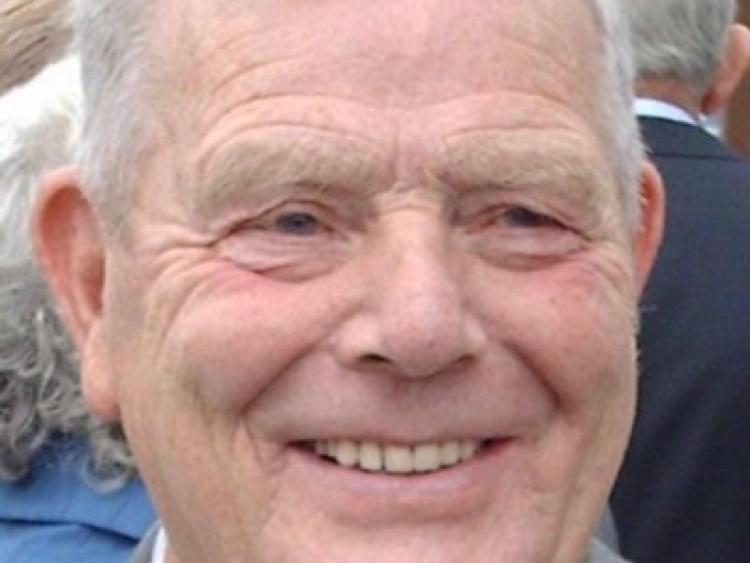 The late Cliff Casey, may he Rest in Peace.

The death has occurred of Cliff Casey
Roseberry, Newbridge, Kildare

Peacefully in the tender loving care of the staff at Beechpark Nursing Home, Kildare. Husband of the late Marie. Sadly missed by his loving son Ian and his daughter in law Dearbhla, daughter Triona and her partner Paul, grandchildren Ailbhe and Siún, brother in law, sisters in law, nephews, nieces, relatives, neighbours and friends.

May Cliff Rest In Peace

Reposing at his family home from 4pm on Monday with Rosary at 8pm. Removal on Tuesday morning at 10-30am to arrive at The Dominican College Church for Requiem Mass at 11 o'clock. Burial afterwards in St. Conleths Cemetery, Newbridge. Family flowers only please. Donations if desired to "the Alzheimer's Society, Kildare branch ". Donations box in church.

The death has occurred of Philip Shiels
Celbridge, Kildare

May Brendan Rest in Peace

Family flowers only please. Donations, if desired, to Peter McVerry Trust. Donations box in the Church.

The death has occurred of Marian Finucane Clarke
Kildare

Finucane Clarke, Marian, Punchestown, Co. Kildare, January 2nd 2020. Peacefully, at home. Loving wife of John and mother of Jack and the late Sinéad. Will be dearly missed by her loving family, relatives, colleagues and friends.

Funeral arriving to St. Brigid’s Church, Kill, on Tuesday 7th for Funeral Mass at 12.00 noon, followed by private burial. No flowers, by request.

Reposing at her residence on Sunday from 4-8pm, with prayers at 7pm. Removal on Monday at 10.30am to arrive at the Church of Our Lady & St. Joseph, Prosperous for 11am funeral Mass, followed by cremation in Newlands Cross Crematorium. Family flowers only please. Donations if desired to Irish Cancer Society.

MAY MARY REST IN PEACE.

Reposing in Dunnes Funeral Home, Mill Road, Castledermot from 2pm on Monday with Rosary at 8pm Monday and Tuesday evening. Removal on Wednesday Morning at 10:15am to The Church Of The Assumption, Castledermot arriving for Requiem Mass at 11am, followed by Burial in Coltstown Cemetery.