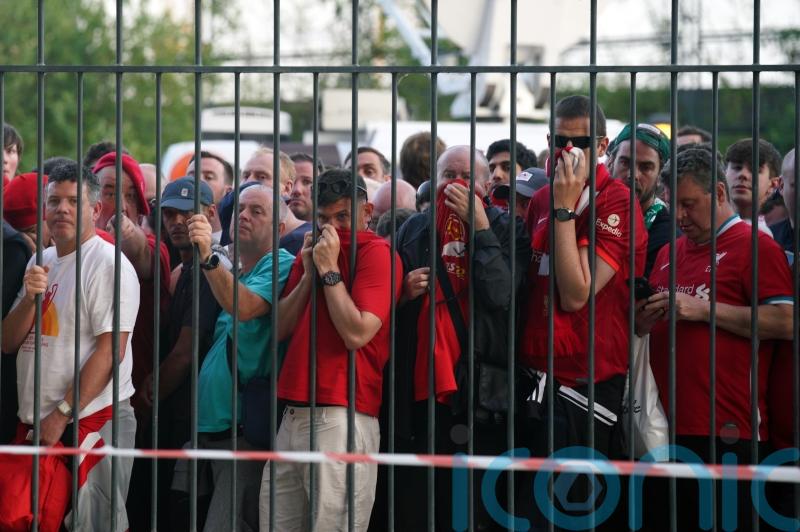 Liverpool have written to UEFA asking for clarity over how the planned report into the chaotic scenes at the Champions League final will be compiled.

Liverpool have written to UEFA asking for clarity over how the planned report into the chaotic scenes at the Champions League final will be compiled.

The European governing body announced on Tuesday a comprehensive and independent review would be established to examine the access issues that led to fans being crushed and tear-gassed outside the Stade de France last Saturday.

The Premier League club, having swiftly called for a full investigation into the fiasco after the game, have given that news only a cautious welcome, feeling that the European governing body needs to give more detail.

Chief executive Billy Hogan told the club’s website: “We at Liverpool have been calling for an investigation into what happened in Paris on Saturday, not a report. I think those are two very different things.

“We need clarity around what those points we are asking, the questions we’ve asked, to fully understand the proposed process.

“We just feel it’s incredibly important that we get this investigation going.”

Earlier this week Hogan accused French authorities of attempting to “deflect responsibility” by claiming that problems were caused by the arrival of up to 40,000 Liverpool fans without valid tickets for the game against Real Madrid.

No evidence has been produced to support these claims but they have since been repeated by ministers Amelie Oudea-Castera and Gerald Darmanin in the French senate.

Hogan said: “My response to the French ministers’ comments again, as I said earlier in the week, is just one of disbelief, frankly.”

Hogan added that more than 6,500 individuals have responded to the club’s request for people who attended the game to report their experiences via an online feedback form.